After launching several Android smartphones in India over the course of two years, Chinese smartphone manufacturer Gionee recently added a new smartphone in its portfolio – the Gionee Elife S Plus.

The Gionee Elife S Plus was released back in November last year and now available both offline and online to buy. It comes in three colors i.e. Dark Blue, Gold, & White. So, before digging deep into the smartphone, let’s have a look at its specifications first.
It features a 5.5 inch HD AMOLED display with Gorilla Glass 3 protection, 13 MP rear camera with autofocus and 5-megapixel selfie camera. 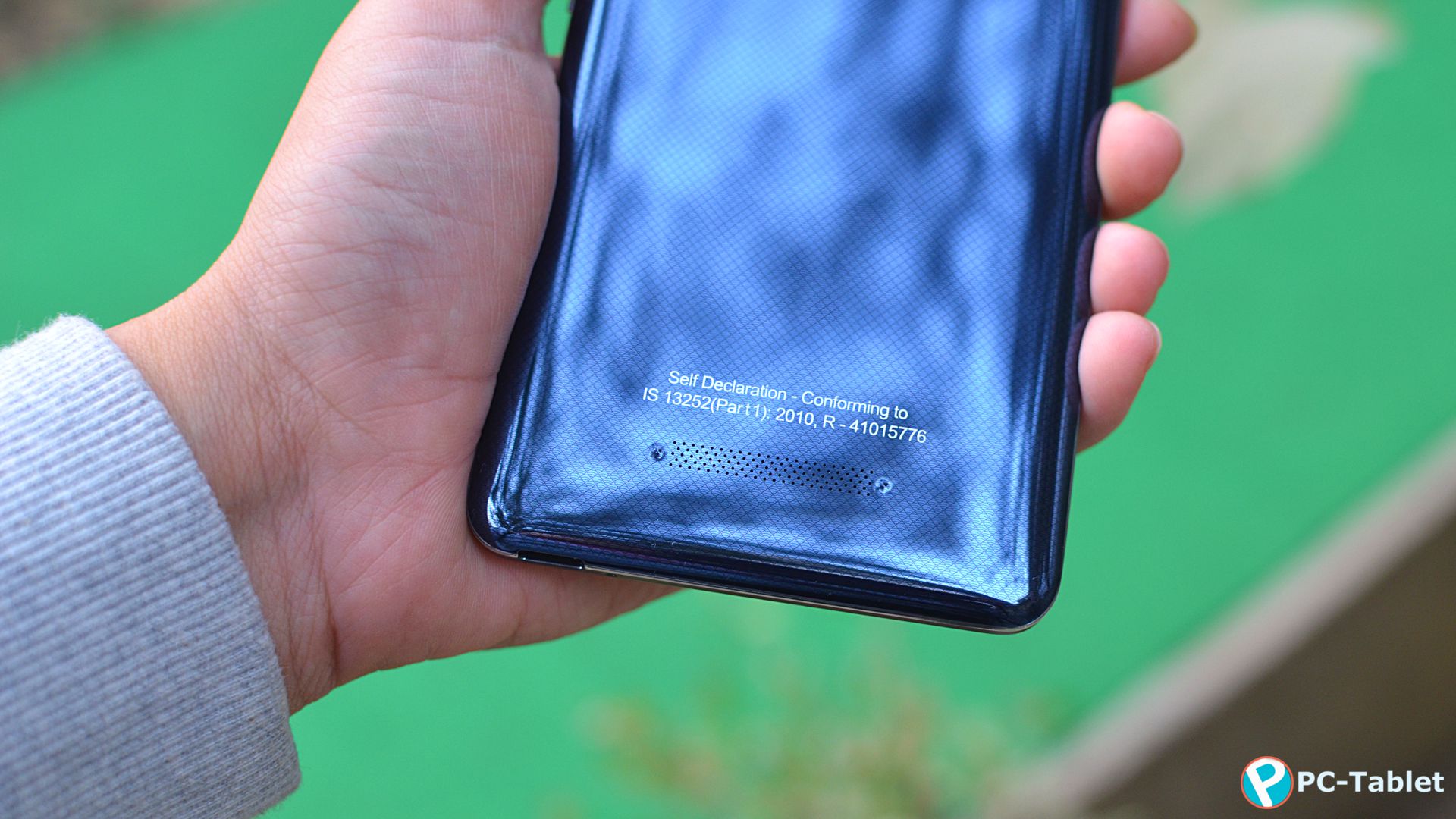 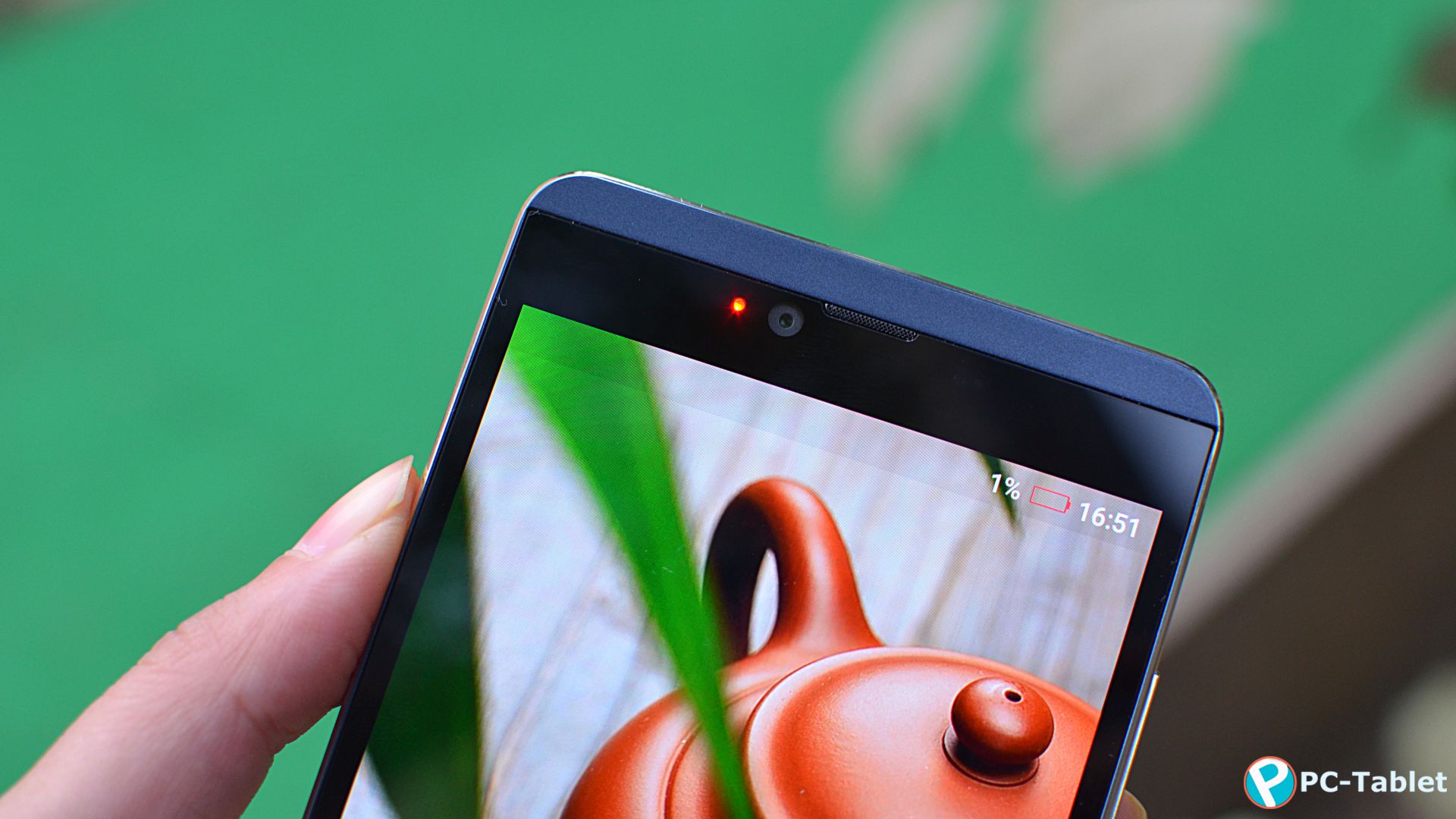 Now, let’s have a look at the device. A polycarbonate back panel feels quite glossy and decent. At front, minimum bezel makes 70% screen to body ratio. Back has a 13-megapixel primary camera with single LED flash, Gionee branding at middle and speaker towards the bottom of the phone. 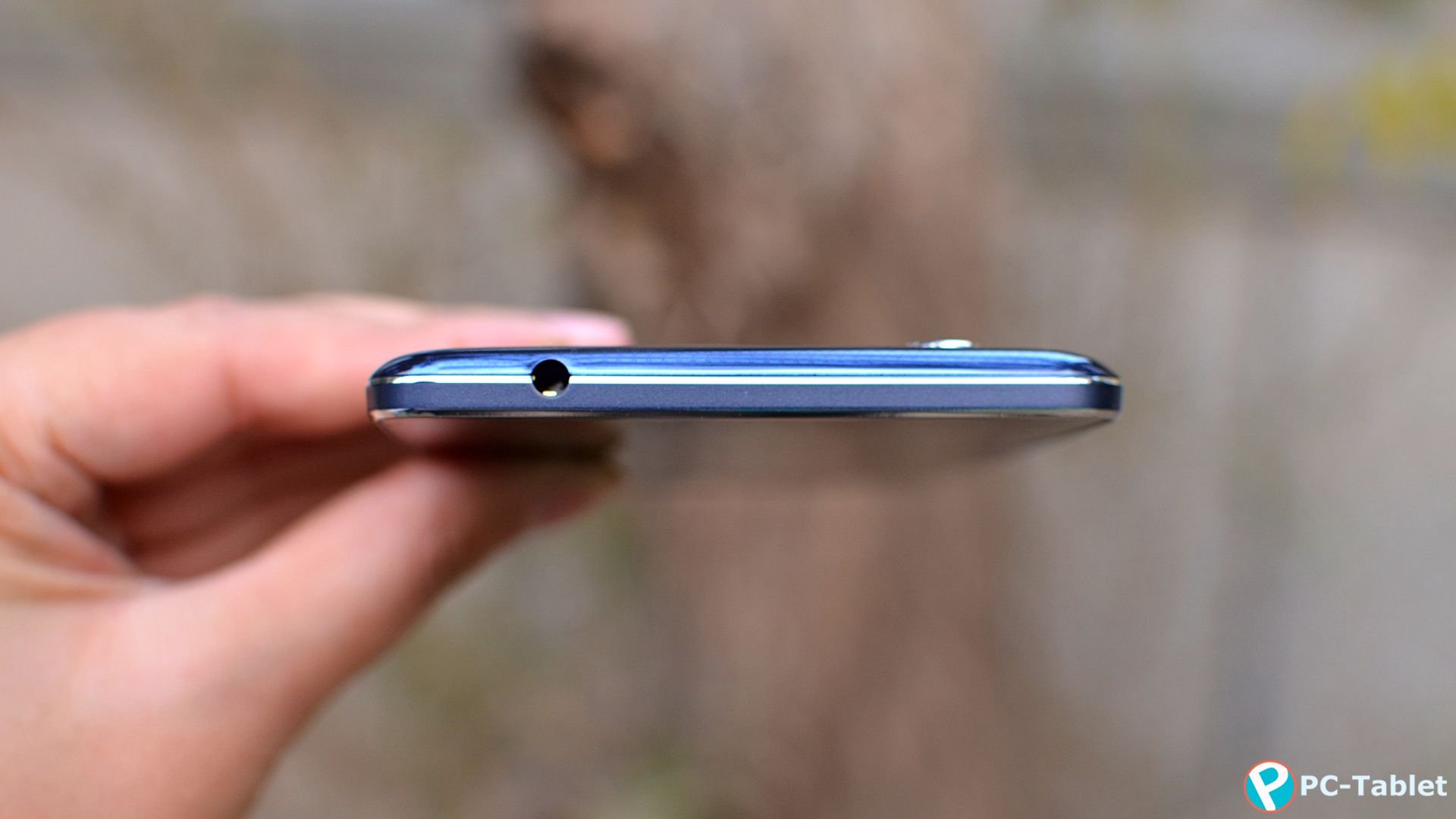 Left chassis is all clean whereas right has volume rockers and power button. The top has 3.5mm audio jack while USB Type-C charging port and primary microphone can be found at the bottom of the device. 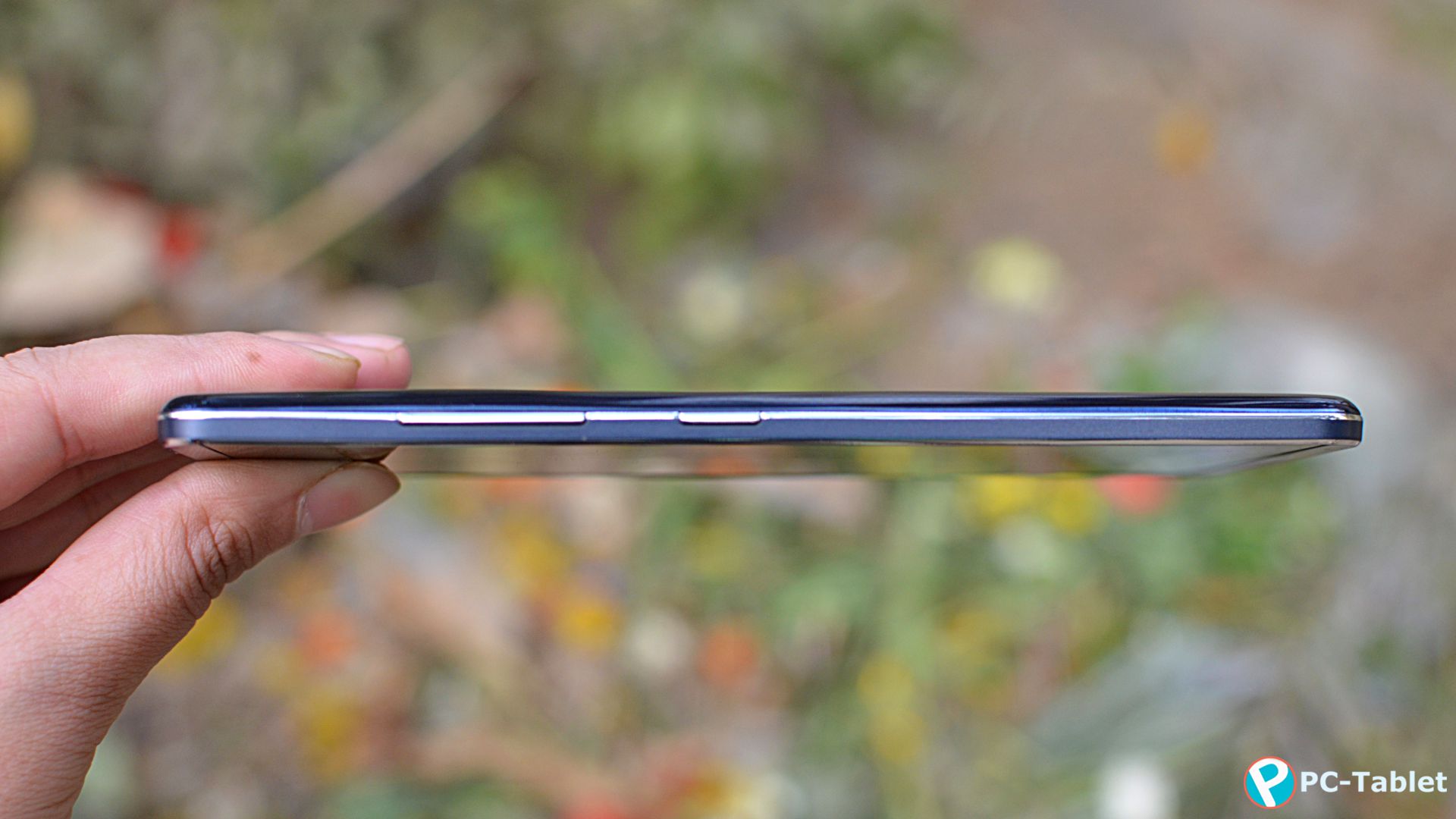 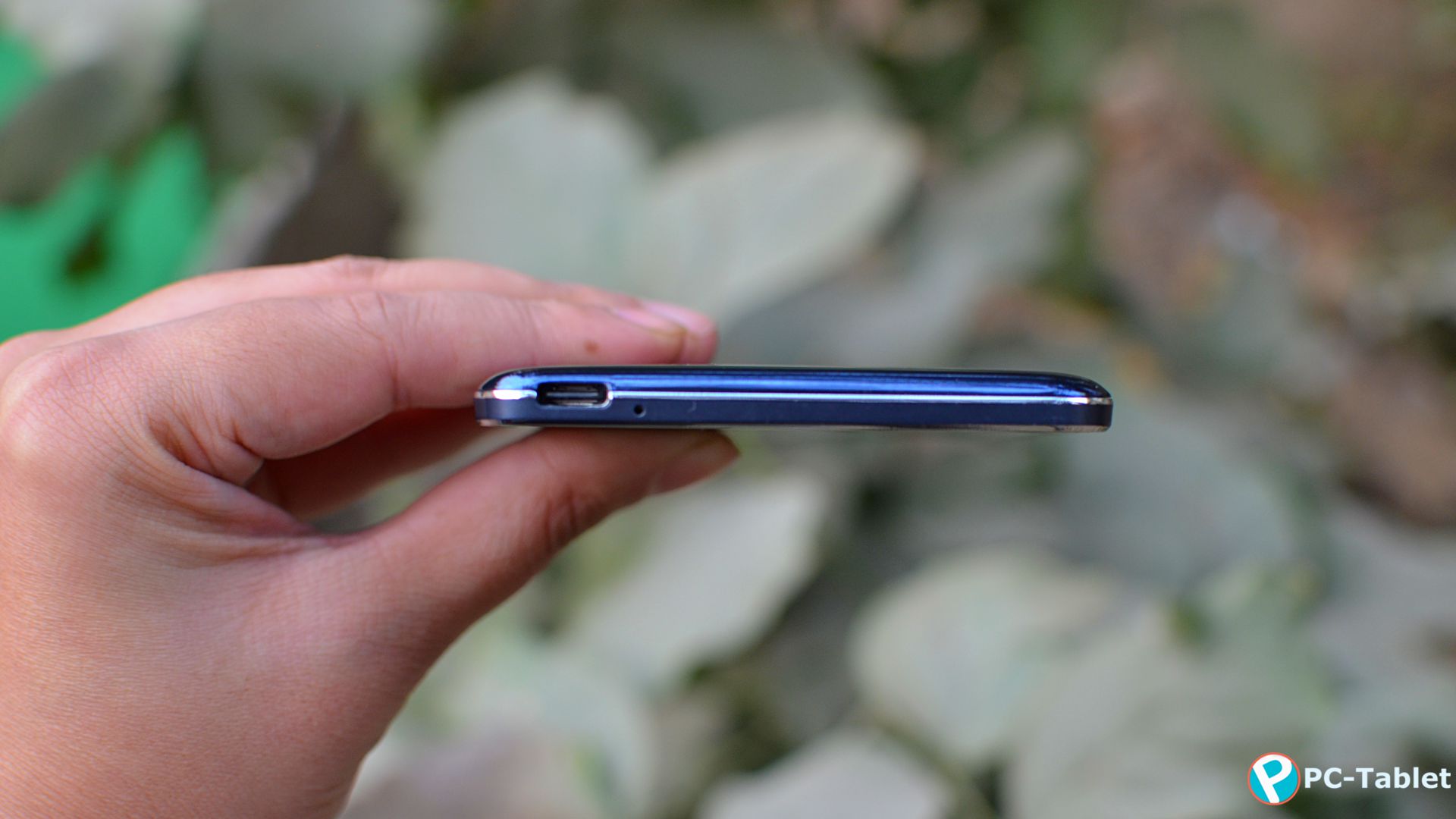 The back cover is removable! Under the hood, you’ll find slots for microSD card, dual sim cards, and place to insert the battery. However, you need to take out the battery to change the Sim Card 1.

With 158gm weight, Gionee Elife S Plus is quite light, easy to hold and can be operated single-handedly very well. 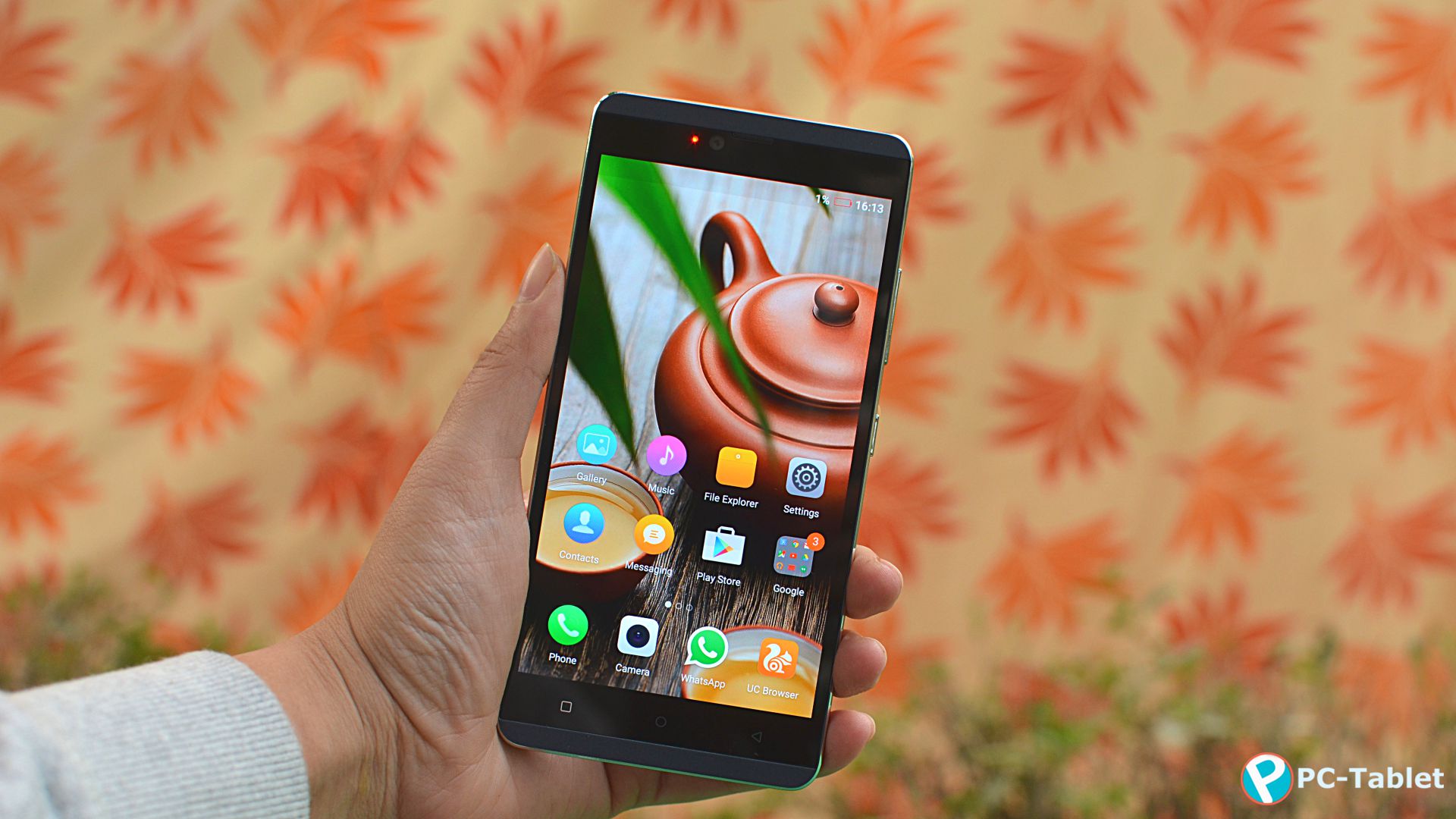 In the event of controlling color effects of Gionee Elife S Plus, you can select between neutral, cool, and warm color modes in display settings.

In sunlight, the display looks adequately bright, crisp and clear. Watching movies or playing games is a delight on this device as the display is magnificent in color reproduction. Well, I have to say I am pretty much pleased with the display. It supports 5x multi-touch. 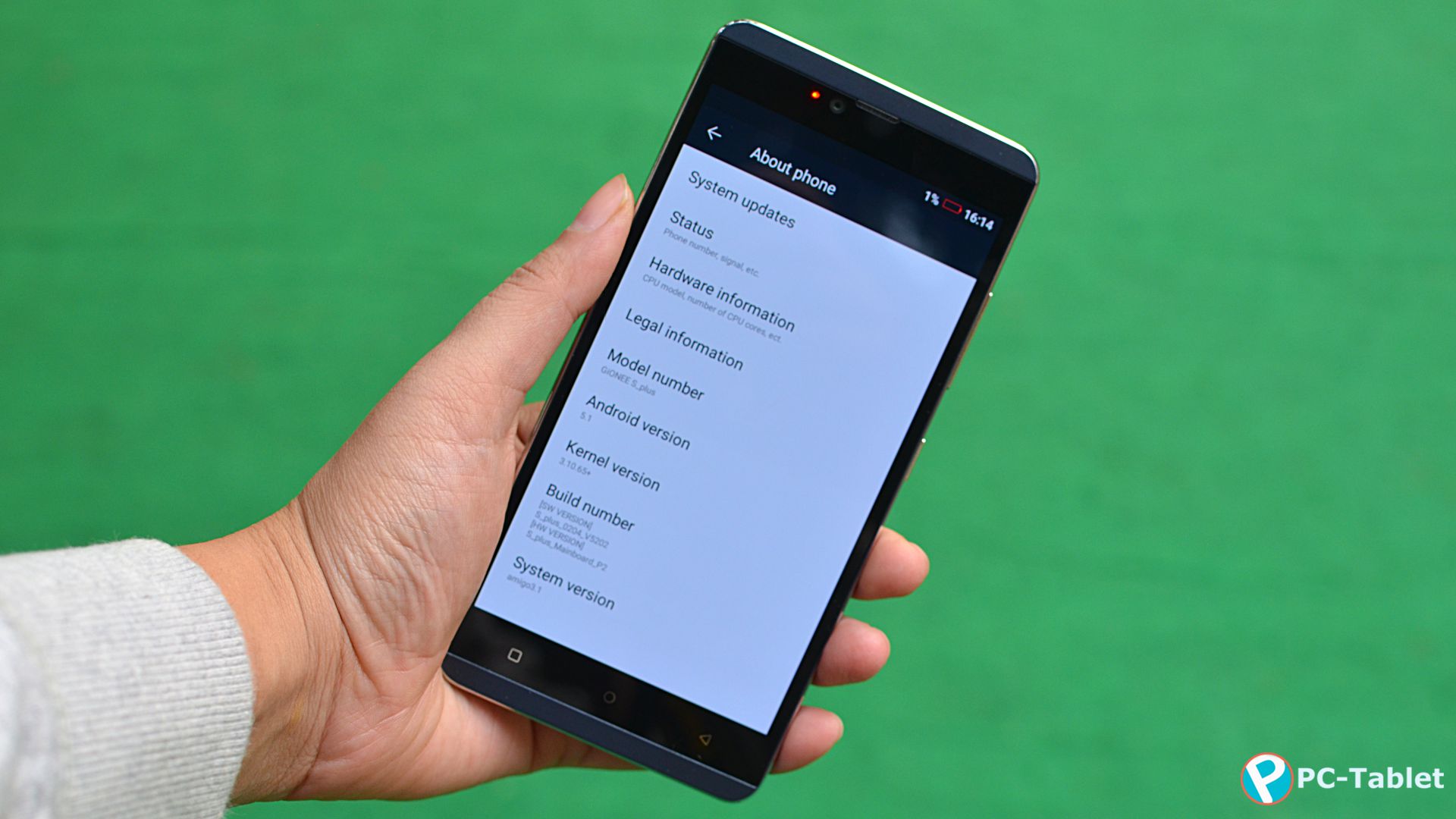 A MediaTek MT6753 octa-core processor clocked at 1.3GHz frequency runs the device along with Mali-T720 GPU. The 3GB RAM on Elife S plus makes multitasking utmost easy.
The device has 16GB of internal storage out of which 10GB is available to use. However, the storage can be expanded up to 128GB via microSD card.

Concerning performance, I felt no lag! Transitions were fairly smooth and spectacular. Gaming performance was also up to the expectations. Graphics were smooth with full detailing. Also, no major heating issues were observed while gaming and heavy multitasking.

Software: Amigo 3.1 based on Android 5.1 Lollipop 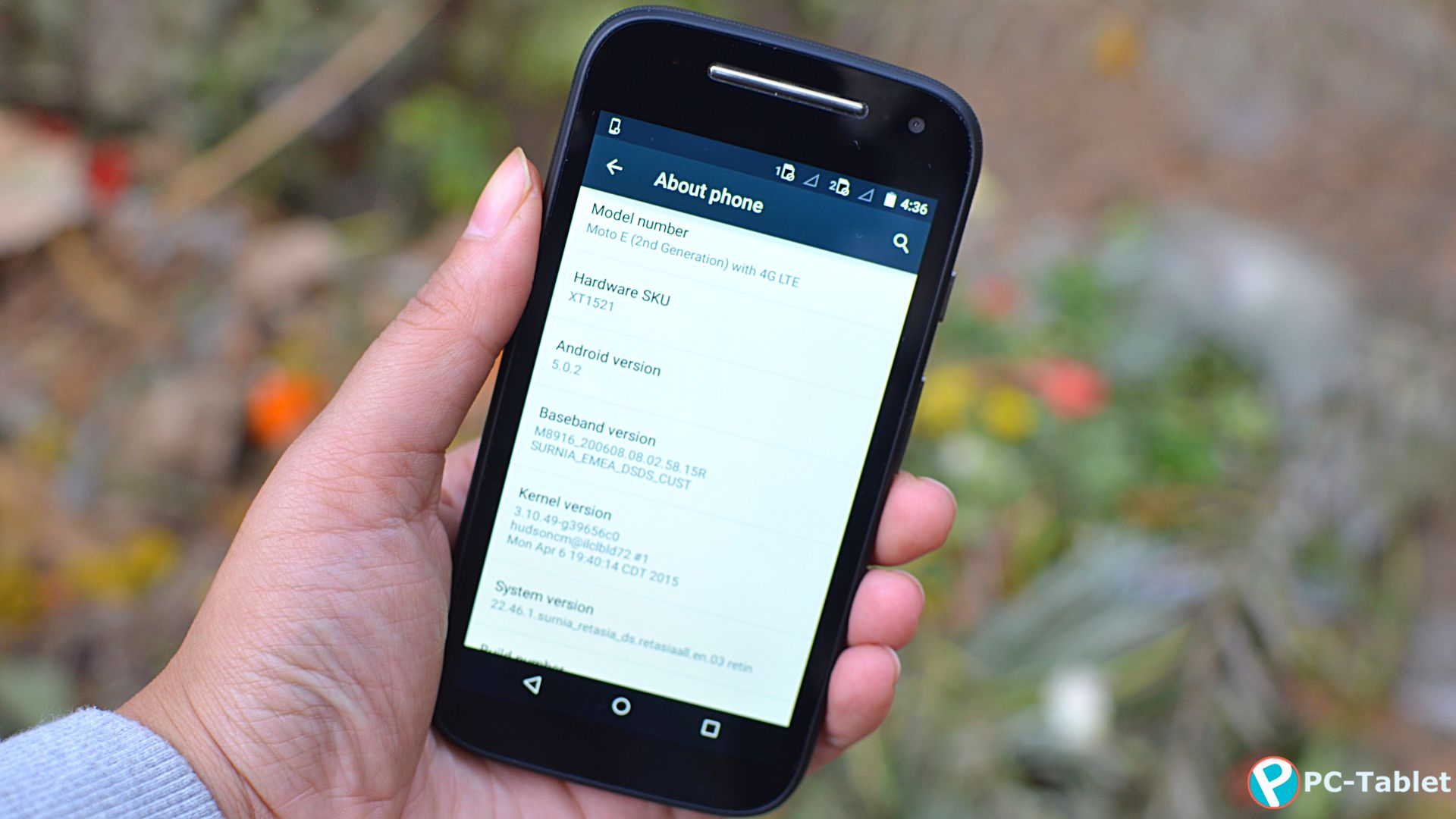 Gionee Elife S Plus runs company’s Amigo 3.1 launcher based on Android 5.1 Lollipop. Hence, evidently, there is no app drawer but you do get features such as customized screenshots, power manager, phone data transfer and a theme gallery.

Also, toggles appear when you swipe up from down like similar to iPhones. Camera apps and text are rotating in nature, again similar to iPhone. The phone comes loaded with few third-party apps such as WhatsApp, Facebook, UC Browser, and Migrate. Rest of the apps are just useless bloatware. 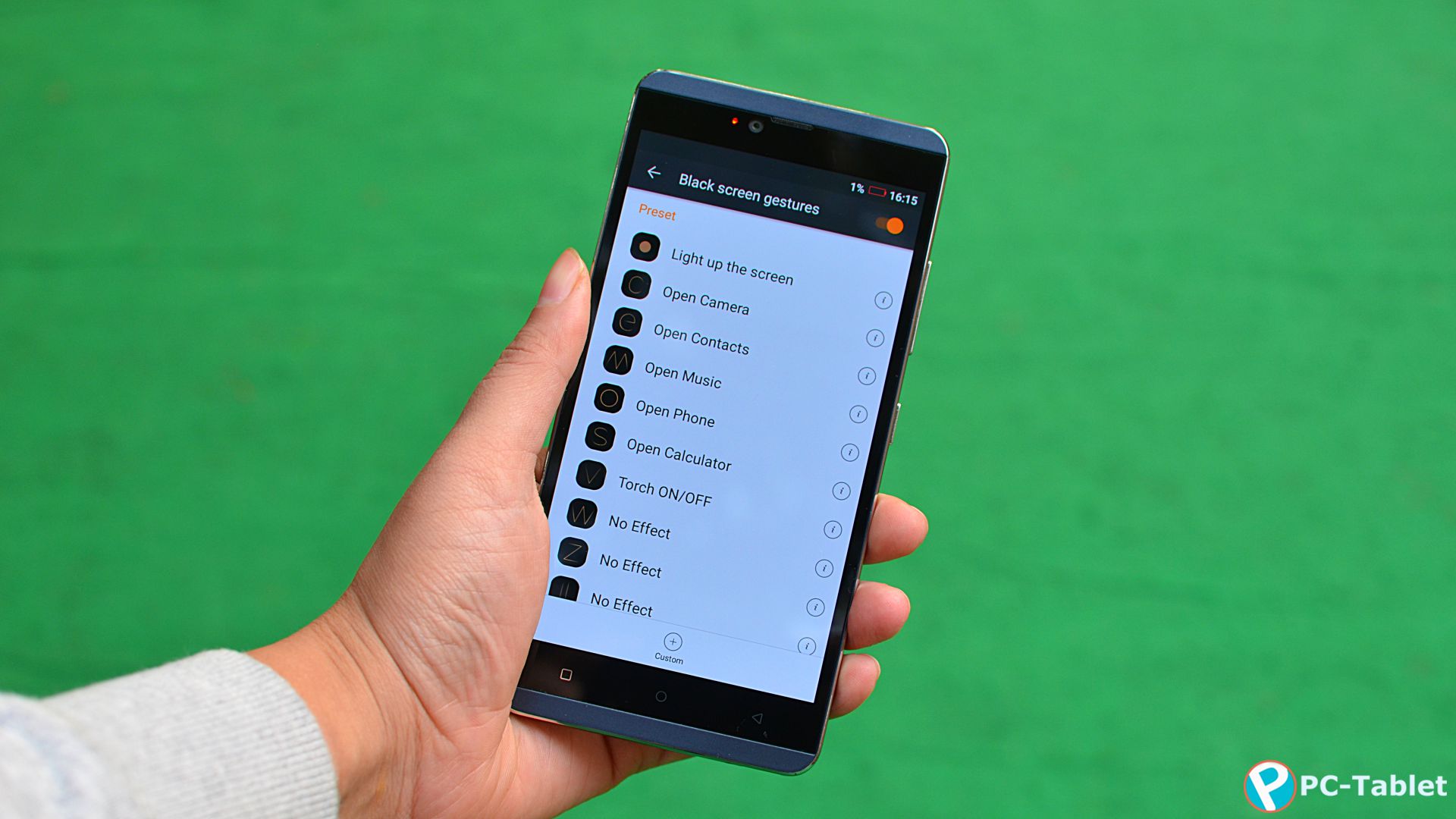 Again, except the few, most of the apps are useful. The system manager is used to clean up the cache and boost up the device. The Chameleon feature let you manually pick two colors available in surrounding and customize theme color accordingly. Some other useful apps like mobile security to retrieve lost phone and TouchPal to customize keypad size according to the comfort were pretty helpful. 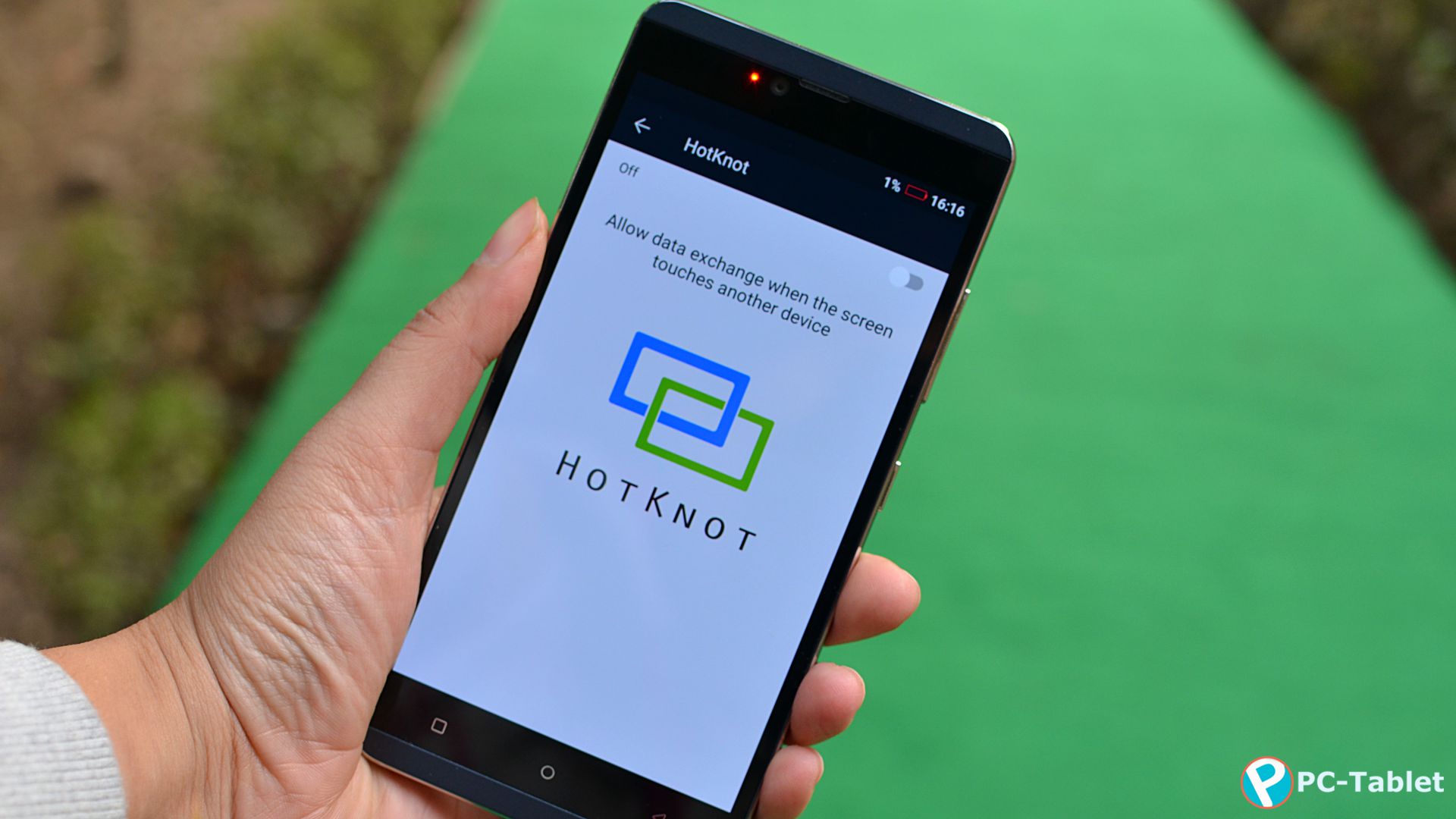 Gionee Elife S Plus has no NFC. Instead, you get a similar feature called Hot Knot, something that can be used for quick data transfer/sharing, similar to NFC. It makes the touchscreens interactive. For the technology to work, the two phones need to come with Hot Knot and be in proximity of each other.

It also has a Face Unlocking option (don’t mix it with Windows Hello). To enable the same, go to Settings > Security. Follow the instructions wizard and finish the setup, Face Unlock feature will unlock your device in a flick of seconds. So that’s all you’ll get installed on the software front, despite you appreciate it or not! 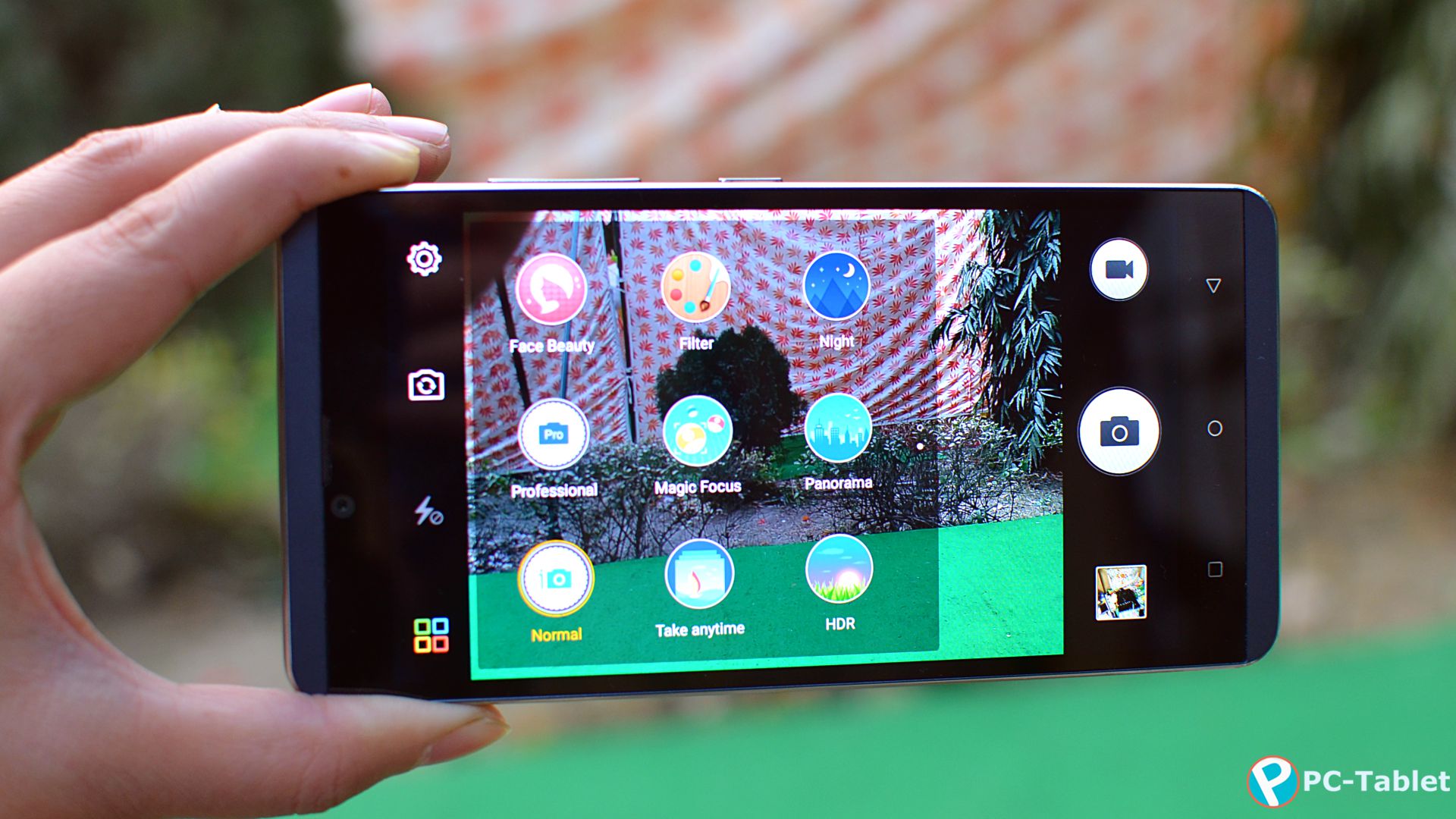 Gionee Elife S Plus has 13-megapixel rear and 5-megapixel front-facing camera. It has a lot of modes and features. I liked the magic feature very much. It gives adequate depth of field and object looks acceptably sharp in the output.

Professional mode lets you adjust focus, ISO, white balance, exposure control, etc. and make you feel like a pro. Both the cameras perform well when it comes to taking pictures in daylight, and produce images, which are impressive regarding color reproduction and details. However, in low light conditions, images seem little grainy. Also, you will have to keep your hands steady while taking shots otherwise they will appear to be blurred and shaky.

Talking about the audio quality, the sound is loud and clubbed with DTS technology.

Talking about the audio quality, the sound is loud and clubbed with DTS technology. You can customize in-ear audio experience through company’s extended options, and they work efficiently. Speaker is located at the back. So, when you place it on a flat surface, it sounds slightly muffled. 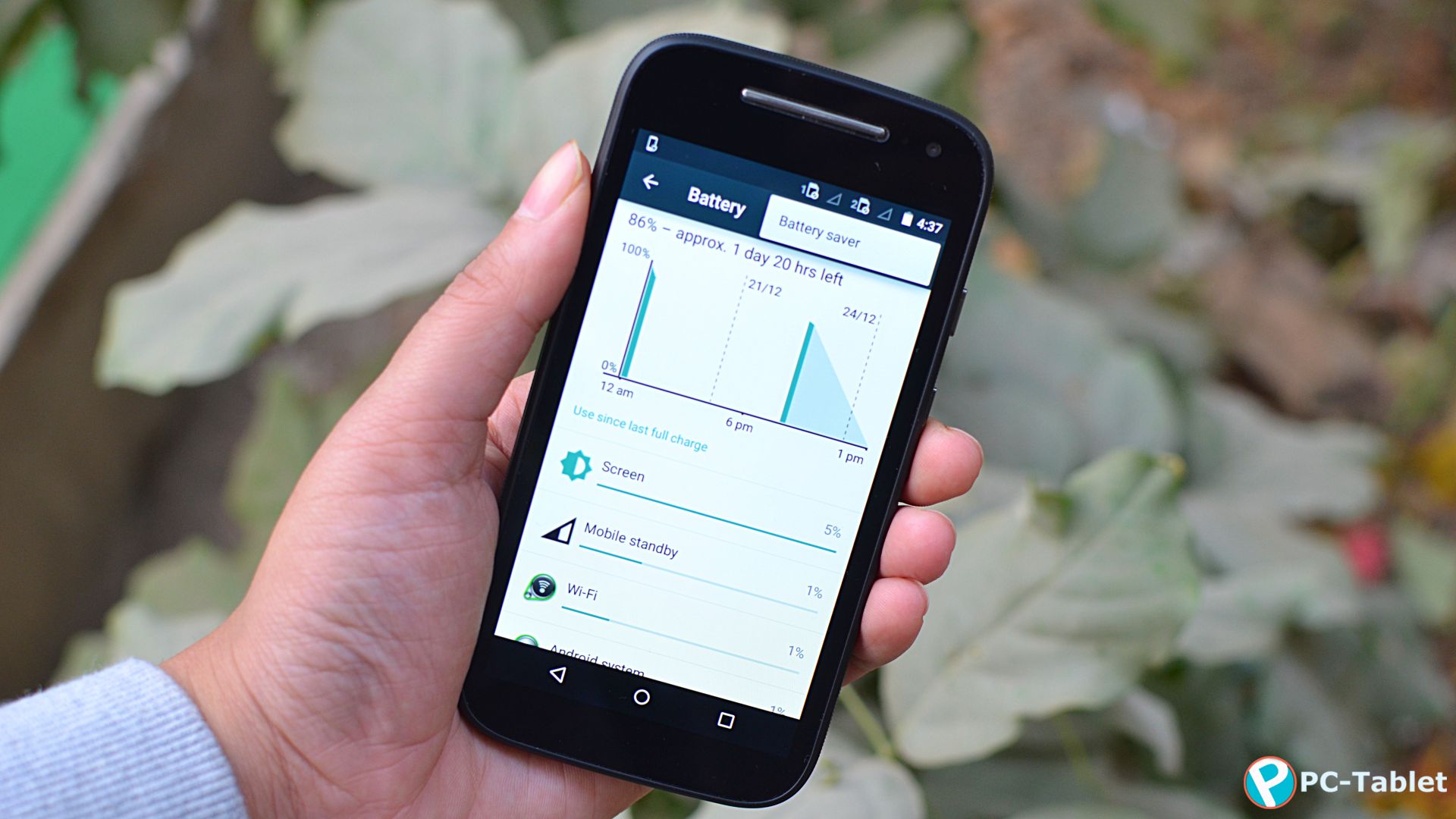 A massive 3150 mAh battery keeps the device alive for almost a day, which includes more than 12 hours of heavy usage upon using WhatsApp, FB, Instagram, emails, YouTube. Also, you get few power saving options such as normal and extreme mode. 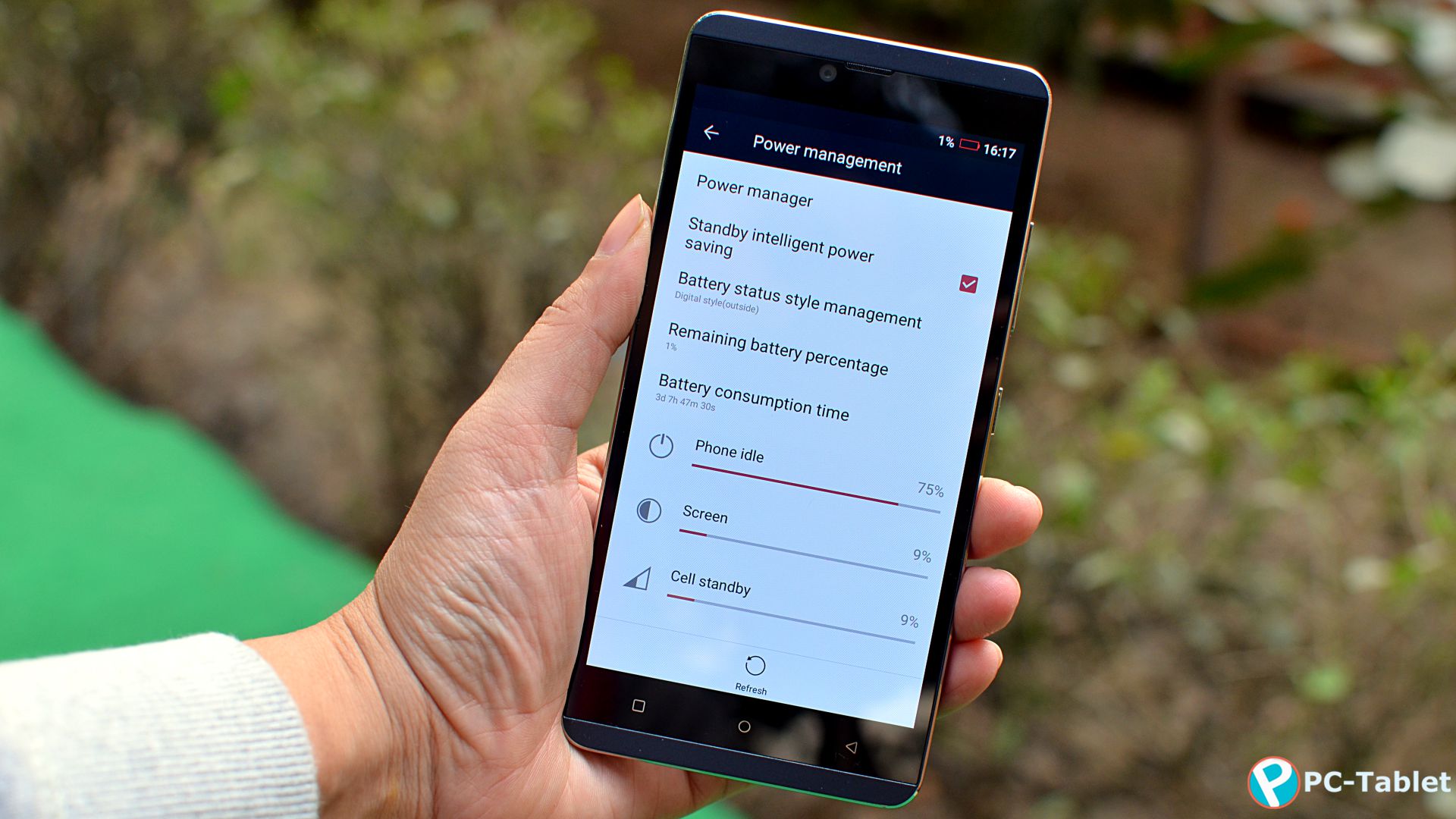 Extreme mode activates minimalist desktop and allows basic operation just to get extended battery life in crucial time.
The battery took around 3 and half hours to fully charge, which we find enough to question Gionee’s fast charging claim through USB Type-C port. 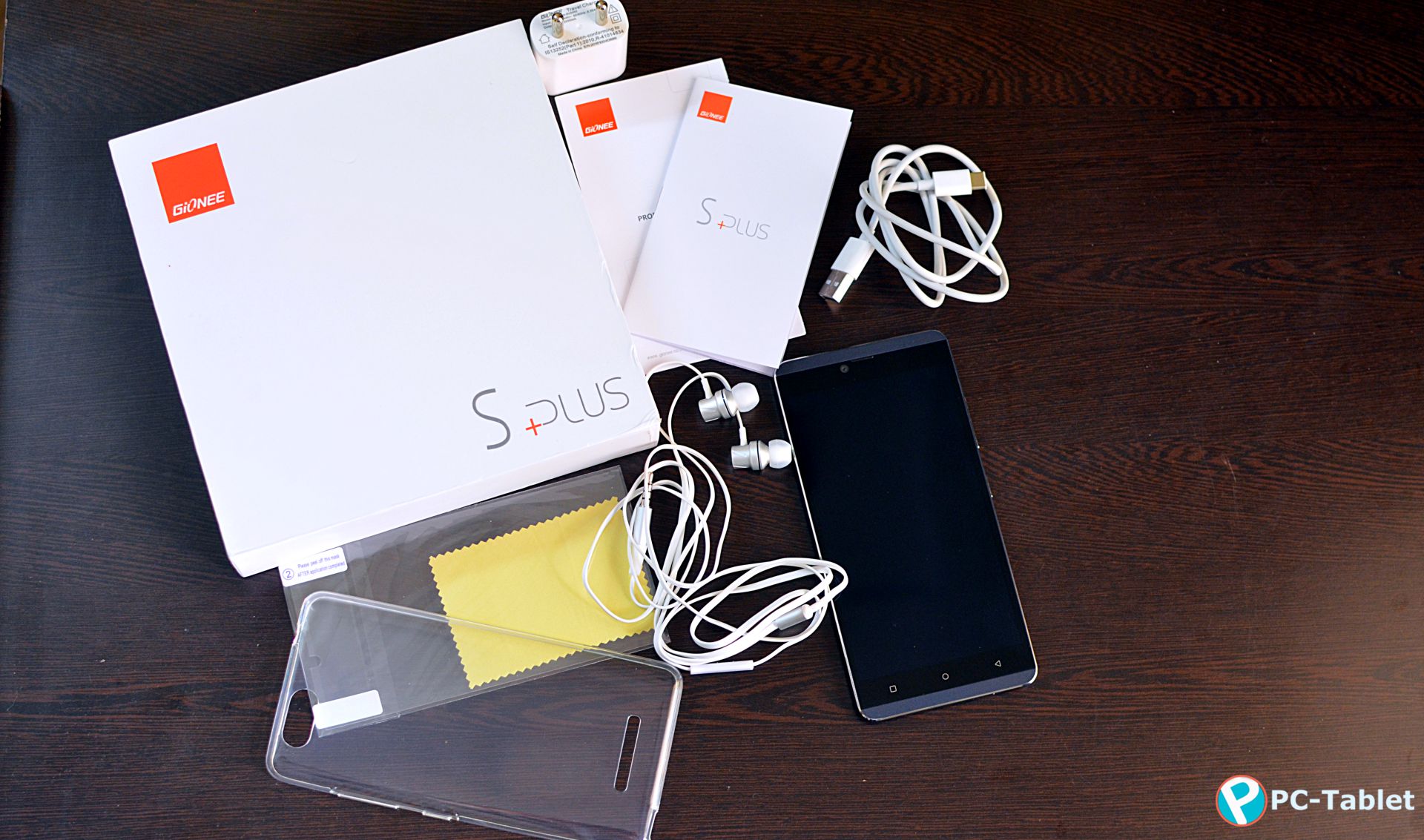 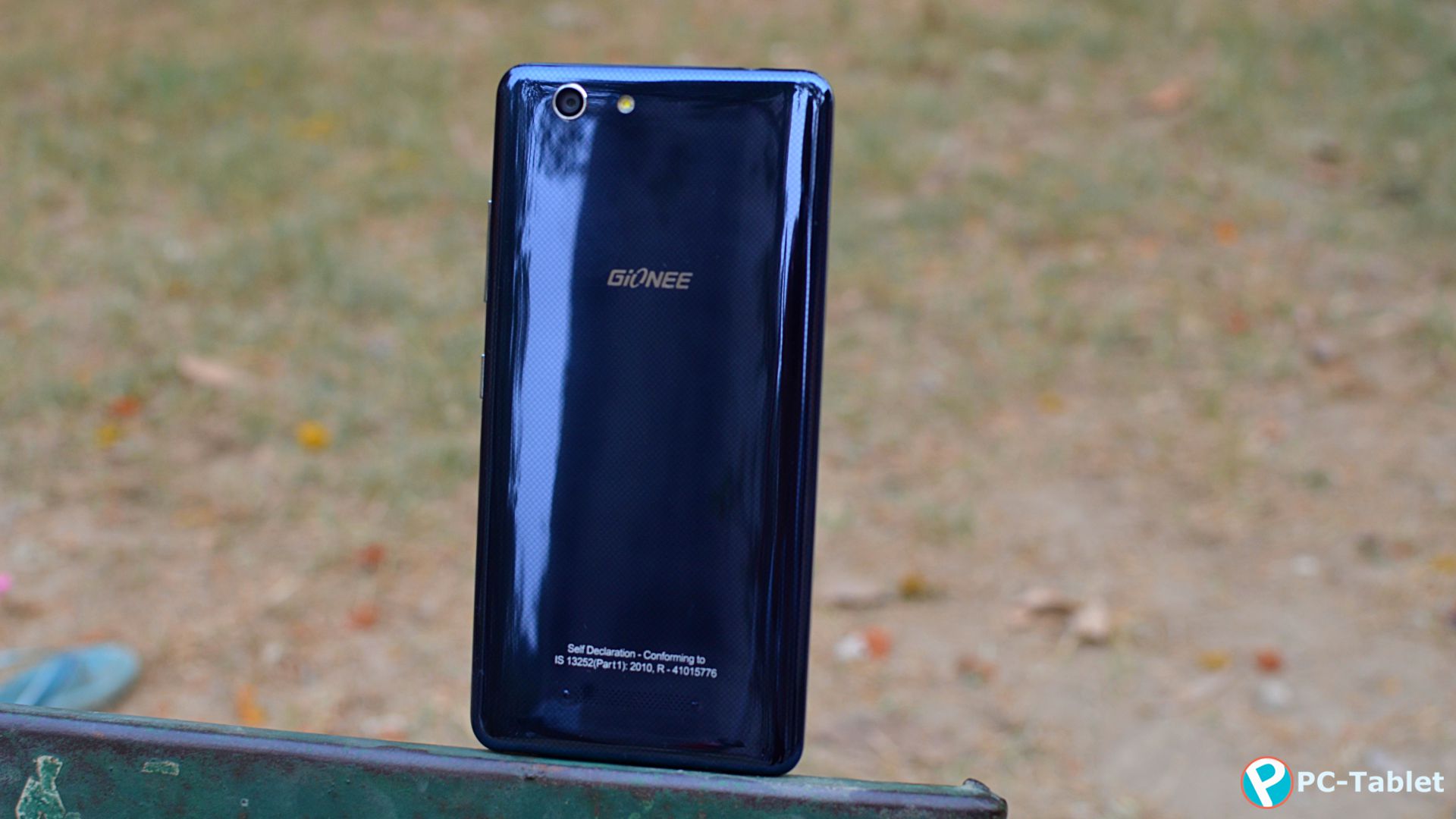 Gionee Elife S Plus is available for Rs. 16,999 in the market. The phone is available online on Flipkart & Amazon.

Overall, Gionee Elife S Plus comes with sleek and light design, good camera, impressive performance, and a little bit plastic. However, there is no support for NFC. Also, the camera could have even better, especially considering this price segment, which offers an even better camera for the lesser price. Well, these few flaws indeed make Gionee Elife S Plus an expensive smartphone.

However, the phone has some great features on the software front, but that said, this could have been cheaper as compared to its competitors, especially those introducing devices at a very competitive price with much better specifications.