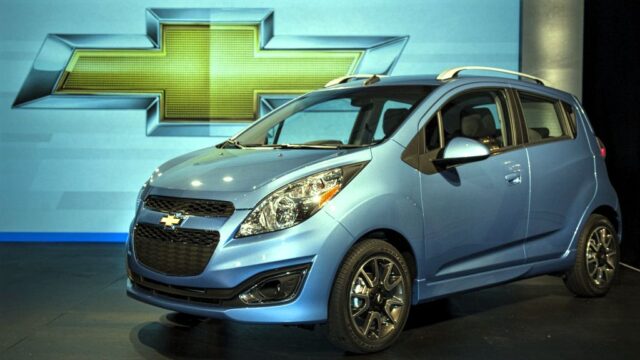 General Motors has recalled more than 1 lakh units of its Chevrolet Beat Diesel cars, which was manufactured between December 2010 and December 2014 to inspect and replace the clutch pedal lever that has been known to crack after prolonged use on Tuesday.

The company has already started to notify the owners of the above-said vehicle to get their vehicles to any of the 248 service centers across the country.

The consumers will have to contact their nearest GM service center and schedule an appointment for vehicle inspection and correction. The faulty vehicles will be repaired free of charge at GM’s authorized service centers across India.

This is the second recall done by General Motors in India. Earlier in July, the company had recalled Spark, Beat, and Enjoy to fix the issue of keyless entry. There was a problem with the locking and unlocking of the car.

In a press release, the company said that it attaches the highest priority to quality and care and places its consumers at the center of everything it does. Though there has been no accidents or damage related to the faulty part, the company is still recalling the vehicles to preempt any possibility of mishap as a consideration to passenger safety.

The Society of Indian Automobile Manufacturers (SIAM), which is the nodal organization representing automobile manufacturers, has introduced the process of voluntary recall of the vehicles. The cars will get the same fix that has been applied to the cars made in Europe.