Home News Freedom 251 Manufacturer under Government Scanner over False claims and Uncertainty over... 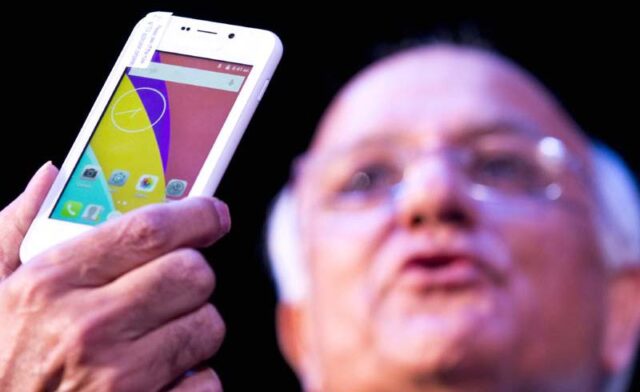 The much hyped, Freedom 251 smartphone from a less known company named Ringing Bells based in Noida has resumed accepting orders after huge traffic to their website forced them to pause the pre-orders on February 18. However, nothing seems to be working in favour of the company since their website keeps on crashing every second. Sometimes, a blank page is displayed after you select Pay Now button.

Meanwhile, sources associated with Telecom ministry is keeping a close watch over the developments but refused to intervene at this juncture.

The latest trick adopted by Ringing Bells is that you need to have to pay for the smartphone at the time of order placement. The order summary page states that the link for remitting the payment will be emailed to customers within 2 days. However, we are yet to receive a confirmation message via email after order placement even after one hour.

The final order summary page was plagued with errors since the term ‘piece’ has been incorrectly stated as ‘peice’. Moreover, we inspected the whois records of the company and came to know that the domain was registered only on February 10, which is 7 days before the event was held in New Delhi.

Even though Ringing Bells claimed that they have invited Manohar Parrikar, Union Defence Minister, he could not attend the event held on February 17. While the company sources reveal that he was unable to attend due to a cabinet meeting, there could a possibility of his staff advising him not to attend since his name will be unnecessarily dragged into the controversy in the case of any foul play in future. However, the veteran leader Mr. Murli Manohar Joshi attended the event.

That being said, the Freedom 251 units distributed to the invites during the event have Adcom logo on it. However, the company has used white paint to conceal the name. Moreover, the rear side of the smartphone bears Indian flag color. On the other hand, few journalists have openly reported that the handset given to them doesn’t work.

While none of the people ordered the handset on the first day of the pre-order as per reports, we can’t believe the claim of Ringing Bells director Mohit Goel that 30,000 orders were placed on the first day.

Meanwhile, Goel in a statement clarified that the company has nothing to hide and all orders will be fulfilled before the end of June. The company is planning to manufacture 50 lakh units to meet the desire and aspirations of India.

Assuming an upfront payment of Rs. 291 per unit, including shipping charges, the company would manage to fetch Rs. 145,500,0000 if the reports of production of 50 lakh units turned out to be true.

As of writing this, we are able to access the website after several refresh attempts were made but we ended up seeing a blank page instead of the cart. However, we managed to place an order for one unit few hours back but still there is no confirmation email even after 3 hours.

In the meantime, the company has not shared the physical address of their office including the location of their factory where Freedom 251 will be manufactured. There is also a question mark over why the company hasn’t tied up with e-commerce companies like Amazon and Flipkart, who have better infrastructure in place than Ringing Bells.

With people being duped by various emails and SMS messages, security assumes great importance. In the case of Freedom 251, the company will email you the payment link after 48 hours of order placement but there is no assurance as far as security of the payment gateway is concerned. There can be a possibility of having your vital bank details stored on the servers and subsequent phishing. You should not pay if HTTPS protocol and security padlock are missing from your browser.

Freedom 251 is said to feature a 4-inch IPS display, 1.3GHz quad-core processor, 1GB RAM and 8GB internal storage (expandable up to 32GB via microSD card), a 3.2-megapixel primary and a 0.3-megapixel front-facing camera, 1,450mAh battery loaded with Android 5.1 at Rs. 291, which includes shipping cost of Rs. 40 per unit. The company has claimed that it has a service network of over 650 centers across India but refused to divulge the name and locations.

The million dollar question is here why the company has not announced the sale after the manufacture of adequate units of Freedom 251, which will possibly provide trust and credibility among people.

Interestingly, consumers have started to place orders and it remains to be seen whether the company really deliver the product before June end. Otherwise, the promoters will have to face serious consequences ranging from copyright infringement and misuse of Make in India tag.