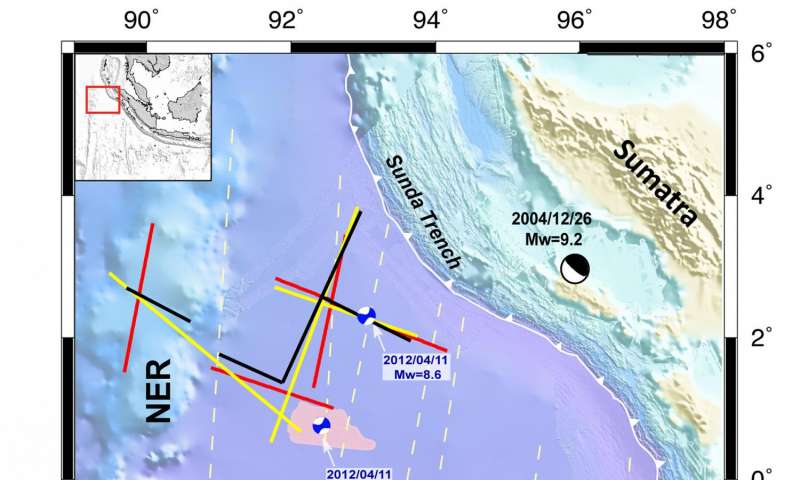 The crust of Earth is composed of tectonic plates which slide against one another. Earthquakes are frequent at the boundaries of these plates and regions located in these parts are prone to earthquakes of very high magnitude. However, a new plate boundary is being formed in the floor of the Indian Ocean as a consequence of an earthquake, which occurred in 2012 in the Andaman-Sumatra region. The fault formed could trigger more quakes in the future.

The evidence of the new fault line appearing on the floor of the Indian Ocean in the Wharton Basin was unearthed by researchers at the Nanyang Technological University in Singapore along with Institute of Sciences, Indonesia.

A slip-strike earthquake can occur when two plates slide along one another. The pressure which builds up in a plate can cause it to break and form a new boundary or fault lines which can trigger new earthquakes. In 2012, two earthquakes struck the Andaman-Sumatran region of the Indian Ocean. It was one of the largest inter-plate earthquakes ever recorded. The quake was carefully monitored; deformation studied, and it revealed that a new fault system had developed in the area off the coast of Sumatra that was involved in the 2012 quakes. A new 1000 km fracture was caused, and it could be a site for a future earthquake.