Four of the Best Video Games of all times 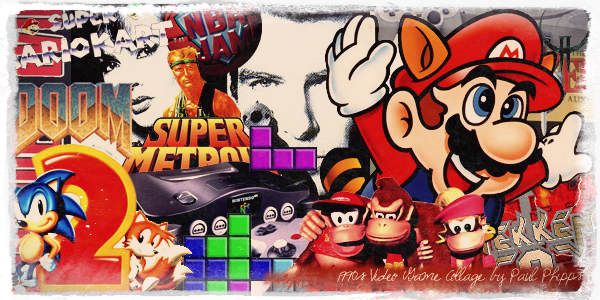 Video games have come a long way since PacMan first captured the heart and imagination of the world’s gamers in the early ‘80s. Today video games can be played on your PC, on a gaming console or on a mobile device. You can download the games into your system – many for free – and play at any time and at any location.  There is also the genre of online casino games – these can also be played for free via the Fair Go Casino codes.

There are games for any age, interest, gaming background or ability level. Some games are released for specific operating or gaming systems while others play easily on all devices.

Everyone has their favorites but some video games are regarded as “the best.” Why? What makes one game a standout for decades of players while another one barely sees it from one year to the next?  There are some common threads that you can see that determine a top video game – good storyline, good characters, good visuals, challenging, etc – but there are some classic games that only have one or two of these elements.

So what makes a great video game? Ultimately, it’s simply the gameplay. Does the player WANT to keep going until the end? If so, half the battle has been won. The rest is the icing on the cake.

If you’re looking for some of history’s best video games, take a look at our list.

Tetris has probably been blamed for ruining more marriages and getting more people fired than any other game. Tetris is simply addictive –little bars move slowly down the screen, waiting to be arranged in a way that creates disappearing rows and allows the player to accumulate points.

Players use keyboard controls to clear horizontal lines of blocks by moving, rotating and dropping the block configurations into the grid. When a line fills with blocks, it’s cleared and points are awarded.

The game speeds up and the blocks fall faster so the game becomes more challenging. Once the grid fills to the point where no more lines can be formed, the game ends. If the Blocks land above the top of the playing field, the game is over.

Tetris is one of the only video games that has been proven, scientifically, to be good for you. Research has shown that the game facilitates players’ brain efficiency. It’s also been demonstrated to help people cope with PTSD and to aid in dieting and cigarette withdrawal.

Aspiring architects aren’t the only ones who love Sim City. Sim City is a city-building game that has influenced all of the urban-planning games that came after the Sim City initial 1994 launch. The game establishes a near-perfect balance between the various actions need to run a (virtual) city.

The game’s graphics render a corner-view of each building, road, hill, bridge, and valley, making the series look true-to-life. Throughout the gameplay, you hear chatter from policy advisers as well as feedback from the local newspaper so you get a genuine feel for what it means to be the mayor of an up and coming city.

The open-ended city-building video game isn’t a nail-biting experience. You plod along, just as you would as a city planner, making the needed adjustments that any city needs to grow and thrive. Best of all, the game assumes that you have a brain and that you’ll use those brain cells to accomplish the needed goal.

There’s no end to the Sim City franchise so you can continue with this genre for as long as you want. In addition to the original Sim City, you have 4 sequels, 4 portable and online versions, 3 console versions and 5 spin-offs.

The Oregon trail brought history, geography adventure and decision-making together in a gripping educational tool that taught players young and old what it was like to live on the Oregon Trail. The original game was developed in the early ‘70s but the gaming devices of the ‘80s allowed it to reach a mass audience. It’s a classic but a classic that can still be played, enjoyed, and appreciated.

In the game, travelers set out from Independence Missouri on their way West. They must purchase supplies, find food, stay warm, and make sure that they’re ready for any eventuality. The trail takes them westward and at each stop, they must make decisions that will either spell their doom or allow them to survive.

Scores are determined according to how many family members lived, how much cash the family still has on hand and the party’s ability to start anew in Oregon. Oregon Trail helped introduce an entire generation to video games through an educational experience that will never be forgotten.

Super Mario is in a class all its own in the world of video games. The Super Mario franchise is a series of fantasy platform games in which Mario, who lives in the Mushroom Kingdom, is joined by brother Luigi and other cast members to save/rescue/escape/elude antagonists, the most threatening of which is Bowser.

In the game, every level is an enclosed environment. The player explores the environment in all directions and collects Power Stars every time that he completes the tasks that will unlock subsequent levels.

One of the big innovations of this game is the analog stick that gives the player the opportunity to make precise movements such as triple jumping, punching, walking through obstacles, turning into metal and flying. The game theme involves Mario’s attempts to save Princess Peach from Bowser and return stolen paintings to her castle. Power Stars are hidden in the paintings and in the castle and the player is tasked with collecting 120 Stars.