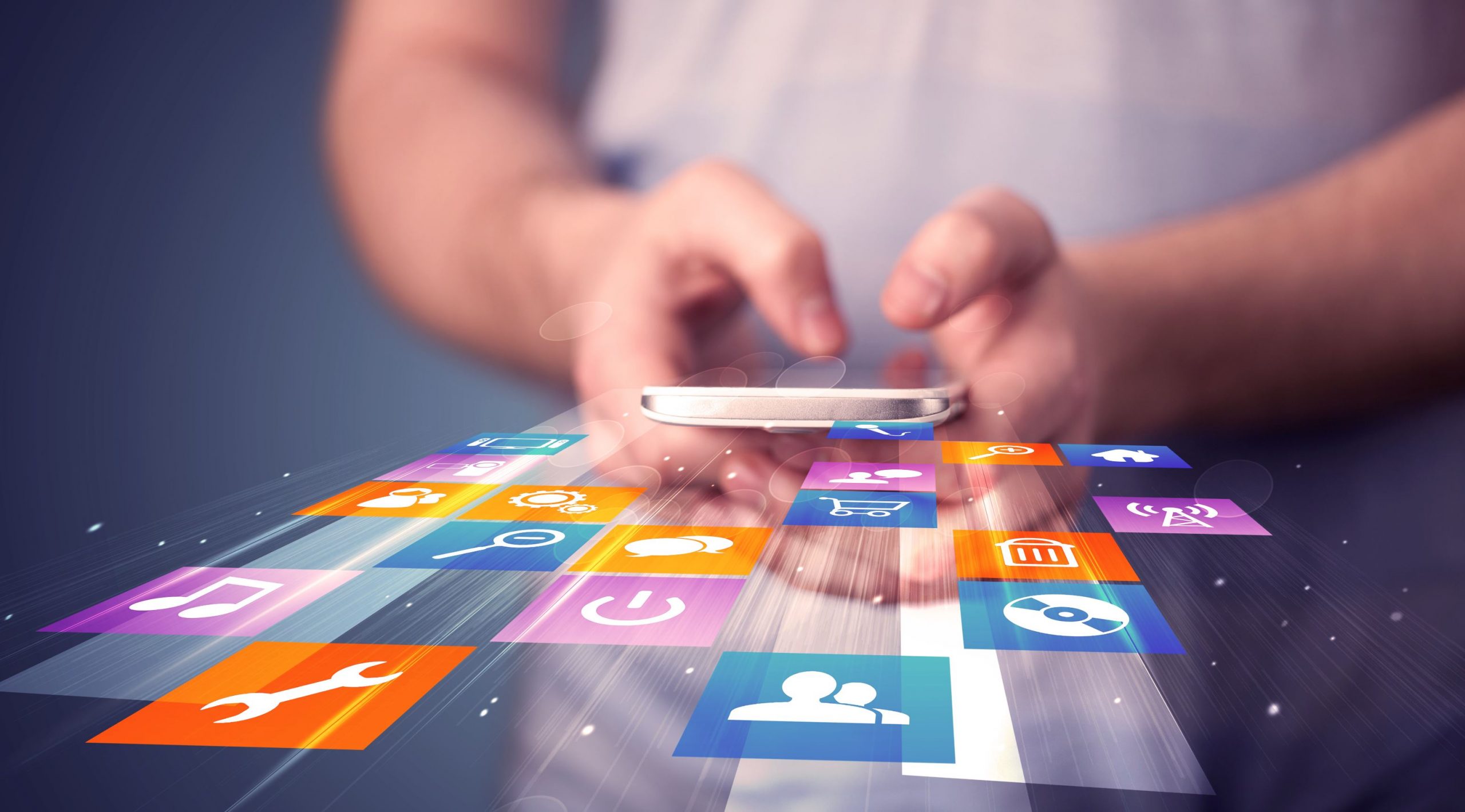 If you’re thinking about building a mobile app, either for your own creative venture or for your existing business, it’s important that you pump the brakes and do some due diligence first. Yes, mobile apps can be successful. However, the ones that really take off are the ones that are intentionally designed and developed from the start.

There’s an App for That!

Mobile apps, also known as smartphone applications, have fundamentally changed the world over the past 15 years. The original Apple App Store was launched in 2007 with 500 apps – most of which were utility apps like flashlights and calculators. In 2010, “app” was voted “Word of the Year.”

Today, there are more than 2 million apps available in the App Store (and close to 3 million in the Google Play store). In 2020, there were 218 billion global mobile app downloads. And in Q2 2021, the average consumer spent $5.31 on apps.

Clearly, there’s a market for mobile apps. However, there’s also incredible saturation. Thousands of new apps are injected into the “app-verse” every month. If you want your app to stand out in 2021, it’s not as simple as creating one and waiting for people to download it. You have to think intentionally about every stage of the process.

Here are some specific questions to ask:

The idea of creating a mobile app is fun and exciting. It’s a highly creative process that could produce some really tangible fruit for your business. But just because you can create a mobile app, doesn’t always mean you should.

Developing a mobile app is going to require time and money. In order to justify these investments, think about what benefits it will provide. Is it a way of onboarding new users into your brand’s ecosystem? Will you monetize the app with sales or ad revenue? What’s the play?

The second thing to think about is why your app needs to exist in the first place. Chances are, there are already a dozen apps that are similar to your idea. So the question becomes, what will your app do differently? What void will you fill? What value will you create?

It’s helpful to look at this issue through the concept of pains and gains. You either need to alleviate specific pains that your target users are experiencing with the current selection of apps, or you need to provide new features and capabilities (gains). If you can’t do either, your app doesn’t stand a realistic chance.

In all likelihood, you don’t have the skillset inside of your small company to develop a compelling mobile application on your own. You’re most likely going to need a mobile developer to lead the project. The challenge is hiring a good mobile developer who will ensure you end up with a high-quality application that users embrace.

A good mobile developer is someone who is creative, intuitive, and tuned in to what’s happening right now in the app store. They’re obviously a proficient developers/programmer – but it goes a lot deeper than this. They need to work with you to understand your target user so that they can create an app experience that meshes with it.

A mobile app is not a set it and forgets it type of project. It requires constant oversight and attention to detail. Research shows that app crashes cause 71 percent of uninstalls (and that 52 percent of users are frustrated by an app’s performance). In order to keep people installing your apps (and prevent them from uninstalling), you have to constantly observe, collect feedback, improve, and update. Otherwise, even the hottest app launch will eventually fizzle out.

Successful apps prioritize longevity by taking user experience, security, and features seriously. Make sure you’re willing to stick with this project over the long haul. Otherwise, you won’t have nearly the same level of success that you could have.

Putting it All Together

Mobile apps can be great brand builders and tools for customer engagement. In some instances, they can even be profitable sources of revenue. However, don’t go into the process blindly. You need to be intentional and strategic. This is the key to success!