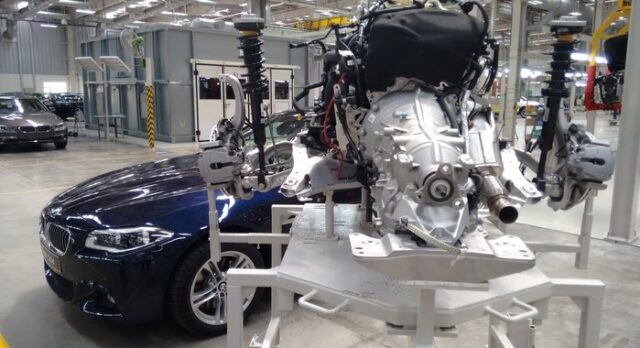 According to latest reports, Force Motors will be assembling engines for German luxury car brands BMW and Mercedes in its newly inaugurated Chennai plant. It’s the first time when both of these companies have outsourced their engine assembly to any automotive manufacturer.

Force Motors has been assembling engines for Mercedes Benz for 18 years; however, BMW is a latest reverend addition to its kitty.

As a result of this extended relationship, Force Motors’ chairman, Abhay Firodia, hopes the revenue to grow from Rs. 1,000 crore to Rs. 3,000 crore in next three years. While addressing reporters, Firodia said that Force Motors is the first and only company in the world to do powertrains for both BMW and Mercedes.

As of now, the company has invested Rs. 200 crore in the plant that can assemble over 20,000 engines annually; however, the numbers can touch the upper limit of 50,000. The primary focus of the company will be on assembling BMW diesel-run SUVs and normal cars.

In the first half of 2015, the plant has delivered over 3,000 engines. According to Firodia, it wouldn’t be possible without the experience of working with German luxury car manufacturers over these years.

Force Motors is also setting up a brand new plant for Mercedes in Chakan, Pune. Mr. Firodia refused to comment on the investment made by the company on this plant. As of now, the company assembles engines for various Mercedes models, such as C, M and E class.