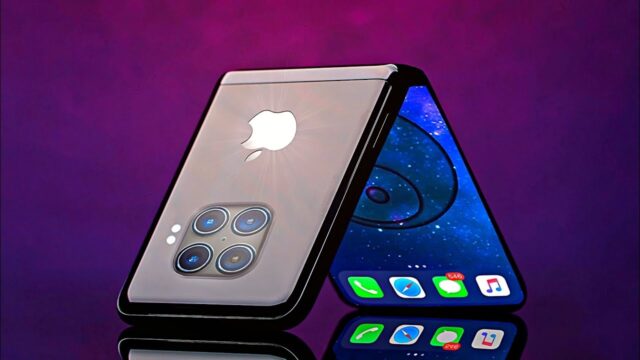 We have had the smartphone in its present form for far too long to yearn for something different. The foldable phones are bringing a much needed respite in such a scenario, and the latest to give in to the foldable phone craze is Apple. Interestingly, the Cupertino giant started the smartphone race in the first place with its iPhone range but is late in joining the foldable smartphone bandwagon. Samsung and Motorola already seem to have the lead on this.

Meanwhile, the above information comes from notable leakster Jon Prosser who revealed the above in a YouTube video which also carries some information about the upcoming iPhone variant. According to what Prosser revealed, it is going to be of the flip phone form factor that Apple might go for, of the same type as the Samsung Galaxy Z Flip.

Prototypes of the foldable iPhone are also reported to be undergoing tests at the Shenzhen Foxconn factory in China though the thing being verified at the moment is the mechanical hinge than anything else. That is important as the hinge needs to be strong enough to withstand quite a bit of usage as that would be called upon each time the phone is opened.

However, in what can be considered the most striking revelation from Posser is that the folding iPhone will likely come with an actual foldable OLED panel as well. This sort of contradicts an earlier rumor on this which claimed that the iPhone might adopt a twin display setup instead of a single continuous display that folds at the middle.

However, it seems there has been a change of plans in between and a welcome one at that as a foldable phone with a single display takes things to an altogether new level. More details are awaited on this though what is known at the moment is that the display would be supplied by Samsung. Also, it is going to be a 5G phone forthcoming from Apple and could be ready for launch sometime by September 2022 itself.

What remains to be seen though is whether Apple would continue with the conventional iPhone range or switch over to foldable all through. More details are awaited on this. Keep watching this space.