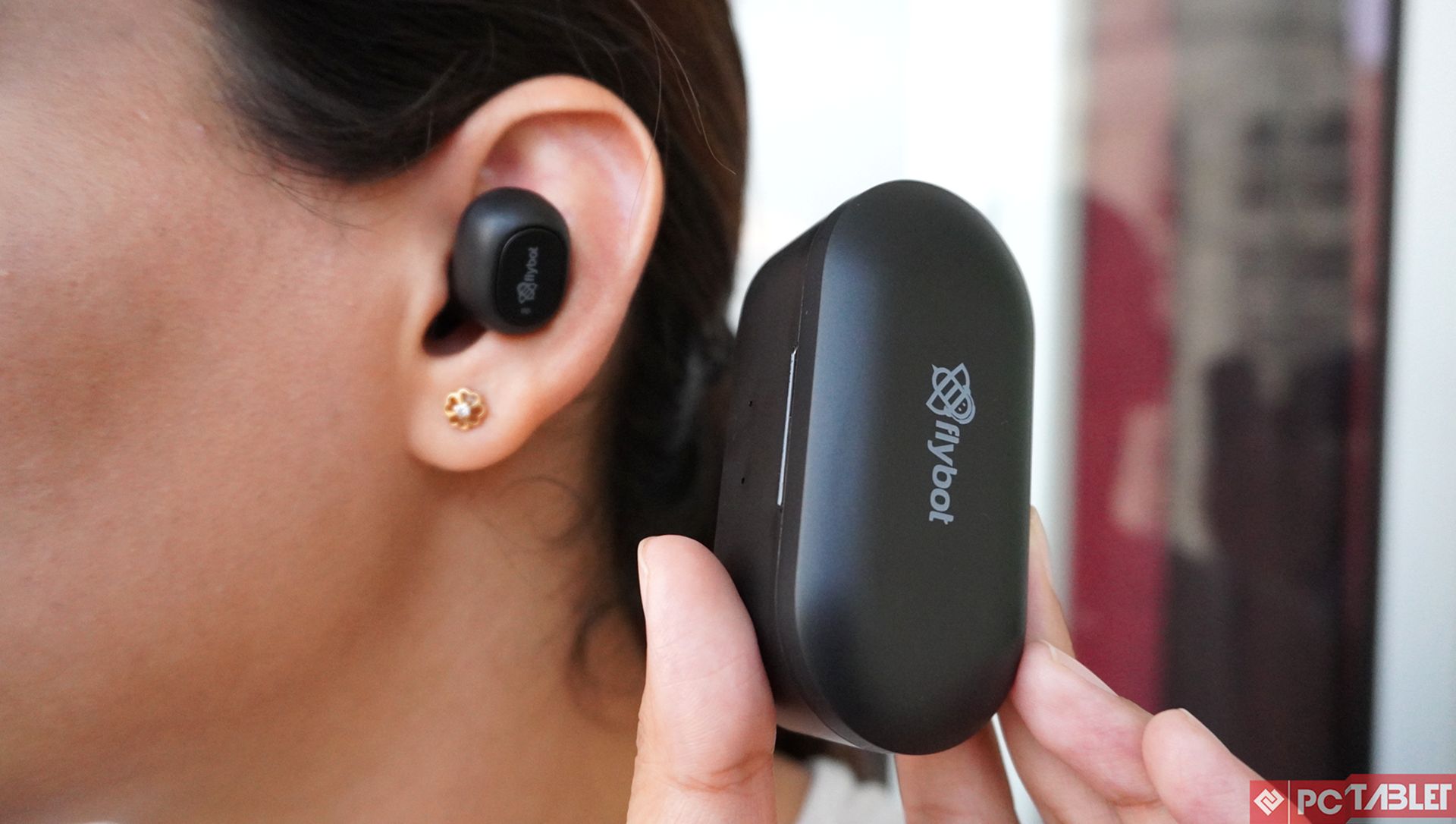 Apple began the trend of truly wireless earphones with the launch of Airpods. Samsung followed suit with the Gear Icon X and the recently launched Galax Buds. More and more manufacturers are now coming out with their true wireless earbuds. One of them is Flybot who’ve recently launched their competitively priced true wireless earphones – the Flybot Beat. Priced at INR 2,599, let’s find out if they are worth spending money on.

First impressions often come from packaging, and these did not disappoint. They come in a compact, lightweight storage/charging case with a matte finish. Besides, the case has a magnetic lock for the earbuds. Just drop these earphones in their respective spots in the case, and they adjust in the right position for storage. The case also has LED lights that show how much battery is left. It’s compact and can fit into the pocket easily. Overall, it’s a solid case which looks and feels good.

The pairing was a breeze. My iPhone 7 detected them immediately. First, the earphones connect each other and then they connect with your phone. To pair these earphones, just press and hold the control button until it turns on starts blinking in red. Now, head over to the Bluetooth section of your smartphone’s settings and you’re ready to use them. Once paired, I faced absolutely no issues with connectivity. That said, you won’t be able to pair them with multiple devices.

They stay in your ears perfectly and can be listened to for a long time without any irk or fatigue. Even without hooks, they stay put in your ears when you’re running or working out. They are incredibly comfortable to wear and have never fallen off during an active workout.

Just like most earphones, these needed a bit of a break-in period to start to come into their own. After about 2-3 hours of listening, the bass opened up, and the Mids and treble became much clearer than they were out of the box. The bass is tight and not over-powering. They might not be the best for bass-heads, but the bass is present, though sometimes lacks a bit of punch that I’m used to. The Mids and particularly the vocals are truly exceptional as they shine on almost every track. Overall, the sound experience is way above what you would typically get at this price point.

Even battery life fantastic. I listened to music and binge-watched a season of The Expanse which lasted for nearly 4 hours until the battery died out. Besides, the charging case can fully charge the earphones for almost 6-7 times before it gave up. The charging case has an 80mAh battery and gets a micro USB port for charging.

It was a mixed bag of performance during both incoming and outgoing voice calls. No true wireless earphones that I’ve tried outside of the Airpods are great for phone calls, which is what makes the Airpods so popular, as it is one of their top-notch features. While using Flybot Beat, people were able to hear me for the most part, though they could make out I was using earphones. On my end, people sometimes sounded a little robotic, as there was a lot of static in their voice, and it was hard to make out what they’re saying. Overall, I would say these earphones are not equipped to handle phone calls.

For the INR 2,599 price, this is a fantastic package and works great. The sound on these earphones is not perfect, but you won’t find any better alternatives at this price point. I think that anyone who listens to these will be delighted with the sound. The fit is fantastic, the battery is excellent, and the case is compact. I recommend these for anyone who wants a set of comfortable, long-lasting true wireless earbuds that are affordable and just work.