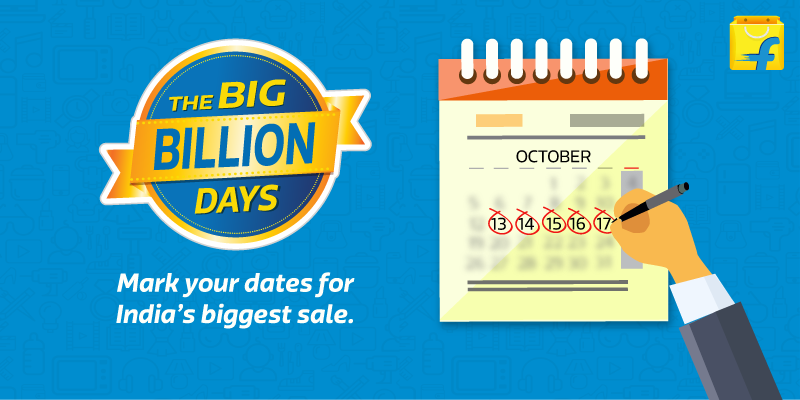 Finally, Flipkart has launched a sales pitch for the “Big Billion Days” sale that is going to happen from 13 to 17 of October. The theme of this campaign is based off the tag line “Abhi nahi to kabhi nahi”. So far, a single video has been released for the campaign.

The film revolves around how different people at different instances in their life were denied from what they were seeking by being told “abhi nahi”.

The video started off by showing a child who was singing in a group being denied from going to the washroom, then it changed to show a man who wanted to watch something of his choice being denied the remote control by his wife and some more such instances followed this. The film ended by telling the audience about the “now or never” sale that Flipkart is going to start.

Soumyan Biswas, the senior director of marketing at Flipkart commented about this sales pitch ” It happens often in life that one wishes to do something and it happens to be within our reach as well. But just as we strive to do it someone else comes and stops us by saying ‘Abhi Nahin’.

This can be a frustrating feeling which most of us across all demographics and age groups have experienced at some point in time. But there are times when a life-changing event comes our way when we no longer pay heed to anyone saying ‘Abhi Nahin‘ to us.

With this insight we have crafted a series of video films which explains that an event like Flipkart Big Billion Days (BBD) is once in a lifetime opportunity, and everyone should just go ahead and do what it takes to fulfill their shopping wishes during this event.

The Big Billion Days Are Back!

He concluded by saying “The BBD campaign this year has been anchored around this very real insight. While we have launched our first video, there are many more interesting ideas and innovations that are lined up and are about to follow.”