Home News Is Flipkart on the right path with the Big Billion Days sale? 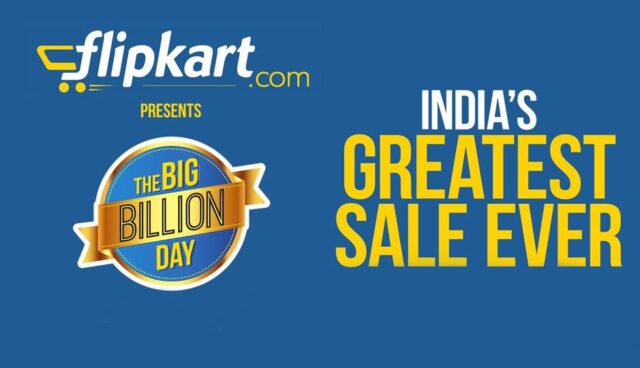 Flipkart recently announced that it is going to launch the second edition of the much successful “Big Billion Day” sale on the 13th of October, this year. The main changes that are made from the last years sale is the fact that this time the sale will span over a total of 5 days that is from 13 October to 17 October. Another main thing that is important with it is the fact that the sale this time is going to be a mobile app only one.

Last year, the Big Billion Day sale had garnered mixed reactions from the people, despite this fact, it was reported that Flipkart made close to 600 Crore Rupees in just 10 hours of the opening of the sale.

The sales pitch is going to be a very creative one as Flipkart will be launching few videos based on the tag line “abhi nahin” a few weeks before the start of the sale. Recently, the first video of the series was launched. The video was conceptualized by Chapter Five Brand solutions that is a Bengaluru-based creative agency.

When confronted for an insight into the creativeness of the sales pitch, Shoumyan Biswas, Senior Director, Marketing – Flipkart said, “It happens often in life that one wishes to do something and it happens to be within our reach as well. But just as we strive to do it someone else comes and stops us by saying ‘Abhi Nahin’.

This can be a frustrating feeling which most of us across all demographics and age groups have experienced at some point in time. But there are times when a life changing event comes our way when we no longer pay heed to any one saying “Abhi Nahin” to us. With this insight we have crafted a series of video films which explains that an event like Flipkart Big Billion Days is once in a lifetime opportunity, and everyone should just go ahead and do what it takes to fulfill their shopping wishes during this event.”

Another very interesting thing that is going to happen in the sale is the fact that it is app only in nature. When asked for the reason behind this decision, the company said that they were getting 75% of the total purchase traffic from mobile devices, so they believe that the sale will be one of the most successful ones in the history of the company.

This decision, however has been under much speculation as Myntra, an eCommerce company that has been recently acquired by Flipkart reported a 10% dip in the sales after going to app only mode of purchase. This shows that a majority of people still like to shop from the desktop site.

Considering the experience that the users had the last time, it is very important to see how Flipkart fares this time around with its sale that will span for a much longer time of 5 days.The previous years, there were many technical glitches including site crashes, random error messages being flashed etc.

There was also the case that the overall prices of the goods were inflated from the normal market price, so the discount was not genuine. This lead to a major uproar on many social platforms, so much so that the Founders of Flipkart had to make a public apology.

Now, all we can do is wait and watch to see how the sale goes this time around.