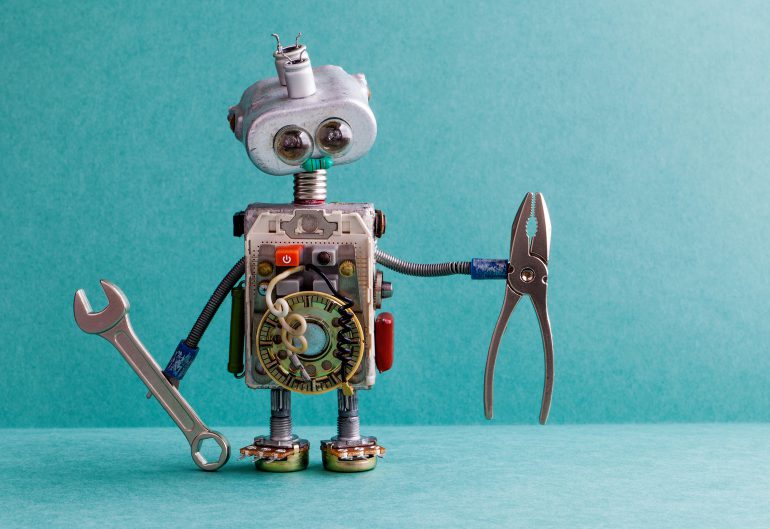 Robotics has transcended science fiction. Now a legitimate branch of technology, robotics companies are making all kinds of machines to make our lives easier and safer. There are now plenty of things robotics can do that we don’t have to anymore. Soon the field will advance so far that robots will be able to do things humans could never do. Robotics is defined as the intersection of science, engineering, and technology to produce machines that replicate human actions. Below are five things that robots can already do.

When you think about robotics, your mind probably goes to the arms moving around in a factory somewhere. Automation has become more accessible and these robotic machines are already doing jobs that humans used to do. They can pack and ship items. They assemble automobiles. Autonomous robots are not limited to factory and warehouse jobs, but it is without a doubt one area that is being changed by robotics and leading to fewer jobs humans can do because robots are cheaper.

Touching on the Monitors of Tomorrow: 6 Benefits of Touchscreen Technology

Another use of robots is that they can deal with hazardous materials. When there is a chemical spill, robots can go in and clean it up if they are protected against the chemical. Robots can also analyze hazardous waste and other materials. For a long time, humans in hazmat suits went in to deal with chemical spills. Now we don’t have to risk someone getting hurt by going somewhere they shouldn’t go. Robots can do these dirty jobs that humans used to do.

Robots can also go to places humans can’t go to. The most obvious example is the robots on Mars, but there are plenty of other places robots can go that we can’t. The Sarcos pipe inspection robot can get into small spaces to take a look at whether or not pipes are clogged or broken. Robots like this one can provide remote surveillance of places where humans are not currently. They can traverse challenging terrain more easily and communicate the information of the place it is surveying to the people who are not there. Whether a human is controlling the robot or it is pre-programmed to do specific tasks, robots can go where humans cannot to give us vital information that we wouldn’t be able to get otherwise.

Robots don’t just go where humans can’t on the Earth, they can also fly through the air. Drones and other robots are used for surveillance. On the ground, robots can provide surveillance as well, but drones offer a view from the air you wouldn’t be able to get otherwise. While CCTVs and other surveillance methods provide the video private companies and homes need, drone technology can provide a 360-degree view of the property. Drone robotics offers a wide range of abilities to survey an area both on their own and when they’re controlled by a human.

Robots can also do tasks that humans normally do in industrial space. These machines can weld, handle materials, picking and placing items, palletizing, and even tend to other machines. Since robots can do dangerous and time-consuming things humans do in an industrial space, these machines can greatly increase productivity while making operations more consistent, precise, and predictable. Furthermore, when robotics is used in industry, the field brings down the costs of operations and reduces the amount of labor needed to get the job done.

There are many uses of robotics. Robots can do things that humans used to do. Not only do they make life safer for humans, they typically increase our productivity. While robots will replace a lot of human jobs, the amount of progress that will result is not yet known. The five uses above are just the beginning of the capabilities of robotics. As technology advances and our understanding of robotics expands, the uses of machines to do physical tasks that humans do will grow. Combined with the other advancing fields of technology, robotics are reaching the levels of our imagination. No longer are robots a dream for science fiction. They are now a reality that will change the way we work and live.