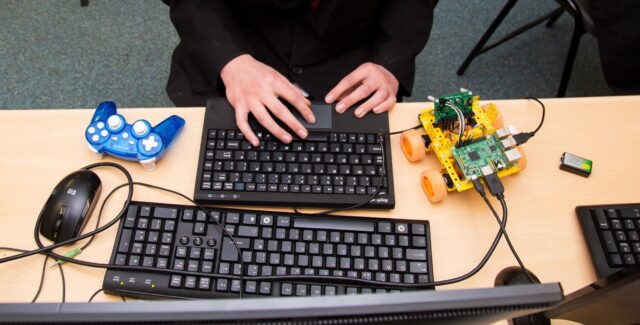 The Raspberry Pi was initially invented to teach children how to code. As its potential became more and more apparent, everyone from hobbyists to engineers started utilising the versatile power of this tiny computer. Today, there are endless guides available online that will teach you how to turn your Raspberry Pi into almost anything.

To help you get an idea of just how awesome this computer is, there is currently one orbiting the earth on the ISS conducting experiments that astronaut Tim Peake had students in the UK come up with. There’s also a Raspberry Pi onboard an autonomous drone that’s doing research in our ocean and it’s acting as the brain of the device.

While we can’t help you get your Raspberry Pi to space, we can give you five interesting ways that you can turn your Pi into more than just a small computer. Before we get started, it’s likely that you’ll need a number of accessories for your next project.

Accessorising and Customising Your Pi

Whether it’s a simple USB hub or a full-fledged retro gaming bundle, there are bound to be a few accessories that you’ll need to pick up for you Pi in order to pursue your project of choice. Even if you simply want to make your Pi look more like a computer, a few accessories such as a case base and lid will make a huge difference.

If you don’t yet have any of these, The Pi Hut offers all of the above-mentioned accessories, as well as additional components for your Pi. This includes carrying cases, camera lens sets and budget-friendly starter kits which include all the accessories you need to get a head start.

While far from ideal, the Raspberry Pi is capable of broadcasting FM audio signals with the help of a few accessories. The audio you wish to broadcast will have to be placed on an SD card in a loop. The caveat here is that you need a license to broadcast anything over the radio, but the Pi’s signal is small enough to avoid any trouble.

It’ll be more useful in open, uninhabited areas as here you won’t have interference from an array of other signals. Perhaps this is more of a proof of concept than an actual tool, but getting it right makes for a satisfying and enjoyable project.

Perhaps one of the most popular uses for the tiny computer, the Pi’s size and sufficient processing power make it an ideal candidate for the brains of your next retro gaming console. Many platforms can be emulated on the Pi using tools that other enthusiasts have made available online including the Commodore 64 and MS-DOS PC.

In order to get started, you’ll need to download one of the retro gaming software packages available for the Pi. Recalbox and RetroPie are the most popular. Which one is best suited for you will depend on your taste in retro games. From there, you’ll need to perform some basic configuration and before you know it, you’ll be gaming like it’s 1995.

Turn Your Dumb TV Into a Smart TV

Smart TV’s don’t come cheap. But worry not, as you don’t have to buy one in order to get all the smart capabilities. There are countless projects available for the Pi when it comes to enhancing your TV experience.

This includes installing software such as Plex, as well as streaming Netflix and YouTube videos. You can add additional capabilities such as checking the weather, playing media from flash storage devices, watching the news and even using it as a casting device to stream media from your phone to your TV.

Has the artful process involved in creating stop-motion classics such as Wallace and Gromit invoked a sense of wonder in your mind? Thanks to the Pi, you can try out this amazing form of filmmaking for yourself. You’ll need to pick up a camera module, as well as a mount to attach the camera to. You can even make one out of Lego!

Once you have the necessary components, a Python script will need to be created in order to snap each image. A breadboard for button mounting and a microphone for sound recording will be necessary as well. From here, it’s up to you to use your imagination and create the next great stop-motion film.

This is one that your parents will love. All you need is a suitable LCD display and one of the many picture frame projects available for the Pi. Unlike a standard photo frame, you won’t be limited with storage and you can display any combination of images or text at any setting. This makes for a more customisable, higher quality photo frame for a fraction of the price.

These are just a few of the countless ways that you can turn your Pi into much more than a tiny computer. Don’t be afraid to think outside of the box. You could just pioneer the next great project.