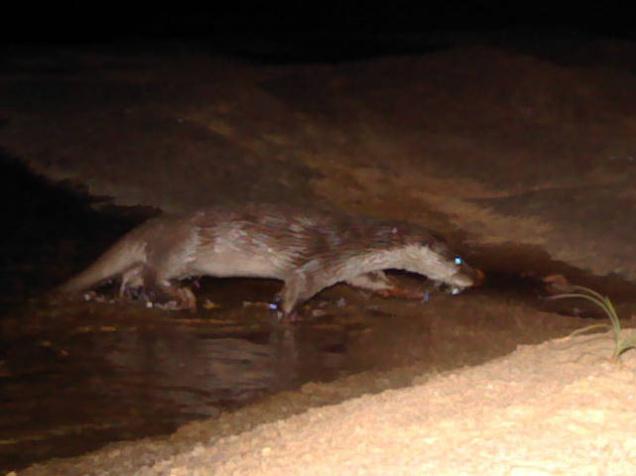 The near-threatened semi-aquatic species Eurasian Otters was spotted in and captured on camera in Satpura Tiger Reserve and Kanha-Pench Wildlife Corridor. The near-to-extinct creature was discovered on camera by Wild Conservation Trust and Madhya Pradesh Forest Department during this year’s camera trapping exercise.

The joint trapping study was done across 58 sq. kms in Satpura Hill Range and Kanha-Pench corridor. So the photo evidence was obtained between November till February this year. In India, only two species were found so far – the smooth-coated otter (Lutrogale perspicillata) and Asian small-clawed otter (Aonyx cinerea).

According to the IUCN Red List (2004, 2008), Eurasian Otter is listed as Near Threatened and is widely distributed across the regions of Europe, Africa, and Asia. In the Asian region, it is believed to be found in the Himalayas and some parts of the Western Ghat. The recent photo evidence of Eurasian Otter from the Satpura Tiger Reserve and Kanha-Pench Corridor shows that they are also present in the geographical range of central India.

Once we got the evidence through camera trapping we sent it to the International Union for Conservation of Nature (IUCN). They confirmed that the photographs were indeed the first proof of Eurasian Otters from India.

WCT also released a statement to draw attention on the latest discovery stating that the new photo evidence now extends Eurasian Otter presence to central India. The discovery of this endangered animal proves that Satpura Tiger Reserve has played a significant role in conserving biodiversity. And also that other endangered species like gaur, wild dogs, and Leopards will have a safe environment here to grow in number.

As per the photo recording, the Eurasian Otters were found in seven to eight places where the camera was placed. For the biologist it is a necessity to know details about endangered animals and if there is a rise in it, so camera equipped with motion sensor or infrared sensor are placed inside the thick forest to collect evidence of animals.