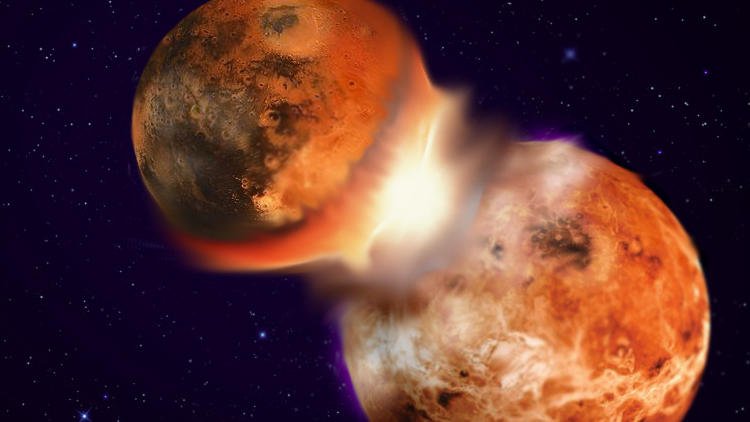 A new isotopic fingerprint of the Moon has been generated by scientists. This led to a conclusion that the collision of Theia into early Earth must have been so violent that the debris from the impact mixed completely before they settled to form the moon. This is considered to have taken place 150 Million years ago after the solar system was formed.

Planetary scientists have embraced this for close to 30 years now. However, there is a major challenge according to Dr. Perets, from the Technion-Israel Institute of Technology. “The isotopic compositions or the geological “DNA fingerprints” from the moon and earth are way too identical.”

Perets further stated that there are higher chances of the impactor planet having been made of very similar material to that of the Earth hence the differences we can see today in lunar materials are too subtle.

This sounds a bit of a surprise to many scientists because it is expected that the Mars-sized body that created the Moon should have been very different. This has generated so many theories all which are trying to explain how the similarity of the fingerprints of Earth and the Moon came about.

One of the theories has been that the collision between Theia and Earth must have produced a huge cloud of debris that later reduced to form the moon.

According to a further research by Richard Walker, a professor of geology and his team, Theia must have hit the Earth, which gathered so much dust and debris. From this occurrence, the scientists suggested that the similarities in the isotopic fingerprints in both planets came about after the dust and debris materials cooled down.

In an effort to provide the missing piece of the puzzle, a team of scientists has gone ahead to generate a new isotopic fingerprint of the Moon.

Being able to determine what would have happened to both the Earth and Moon after this impact, however, stands out to be another different challenge.