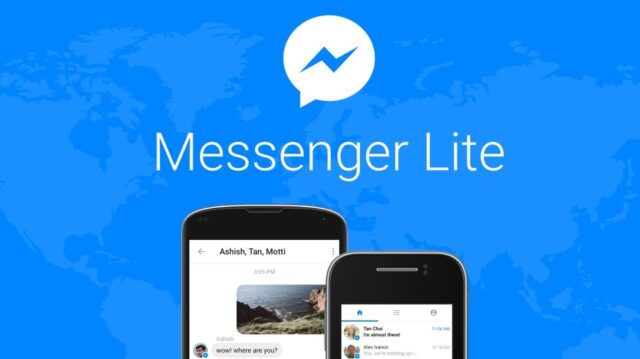 It offers the essential features of the Messenger app which enable the regions with slower internet speeds and lack of high-end Android smartphones a chance the get the taste of Messenger app. The Lite version allows the user to send and receive texts, photos, and links to anyone using any one of the versions of Facebook Messenger.

More than one billion people use Facebook Messenger from all around the world with a variety of internet speeds and reliability. FB Messenger lets more people connect to each other without worrying about the network conditions or running out of storage on their Android smartphones.

FB Messenger will run on any Android device, it is only 10MB, and it’s easy to install and sets up quickly. It comes with features like sending and receiving texts, sharing photos and the stickers features are still there. The logo of the Messenger Lite app is similar to the Messanger app, but the colors are reversed, the bolt logo is blue and chat bubble is white.

The Messenger Lite has been released in some other regions too like Kenya, Tunisia, Malaysia, Sri Lanka and Venezuela. Messenger Lite is now available on Google Play Store for free, grab it here.