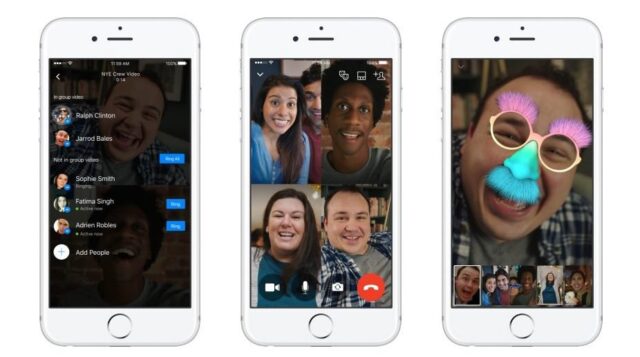 In a statement released to the press, Facebook disclosed that this is the time of year you need to tell your friends and family as to how much you care for them. Moreover, you can deliver Christmas and New Year greetings to your loved ones at any time.

The Messenger will automatically notify all people in the group chat with a message stating that the video chat session has started. With a single tap, each and every person in the on-going chat conversation will be able to join the session. As of writing this, Facebook has developed the feature in such a way that up to six people will be able to view each other face to face.

Meanwhile, you can add more than six people up to a maximum of 50 to the conversation. However, they can join and choose an option to listen to the voice conversation. After the six people are on the call, you will be able to view only the dominant speaker.

Recently, Facebook introduced a new Snapchat-centric feature to its Messenger application, which was welcomed with huge applause by users. The launch of Group Video Chat is seen as a major groundbreaking step in the right direction.

Facebook also added that they are delighted to introduce the capability. In future, the new feature will be updated as per the feedback from users. They requested users to post their feedback after using the new feature.