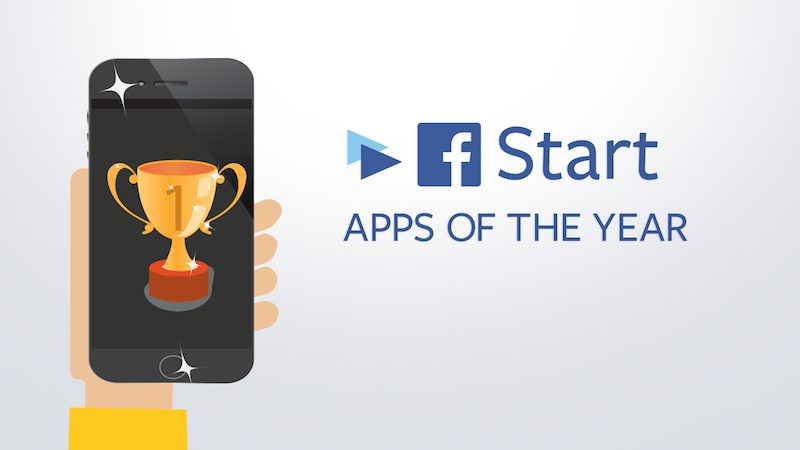 California – Facebook Inc. (NASDAQ:FB) has launched FbStart, an initiative to help mobile apps developer grow by providing them free tools and services and also financial assistance to scale their venture successfully. FbStart Apps of the year awards were launched last year in F8 the developer conference of Facebook.

Like last year the entry to this year FbStart Apps of the year award were opened in February. The awards offer a Grand Prize of $50,000 in cash and $25,000 in Facebook Ad Credits. There were total of 5 prizes in line – One Grand Prize, 3 regional prizes (EMEA, Latin America and Americas) and one social app of the year. For the apps to be considered for this award, the developers were to nominate their apps and obviously the apps should integrate with Facebook.

The Criteria for the apps to be selected for the award were the user experience, design, growth, efficiency at scale and leveraging Facebook as a platform.

The winners for this year FbStart Apps of the year award are:

oment Cam is available for Android & iOS is a China based Apps which let user create Cartoons andCaricature from the photos. Moment Cam had more than 200 mn downloads. Whichit (Android & iOS) is a polling app, which let users create opinion polls and take opinions from friends and community. Qranio (Android, iOS) is a knowledge app which incentivize user by offering gifts. Workflow (iOS) is a productivity tool which lets you automate actions between apps. Hunger Crunch was created by a Non-profit organization that helps fight hunger, all profits of the apps goes to feed orphaned children around the globe.