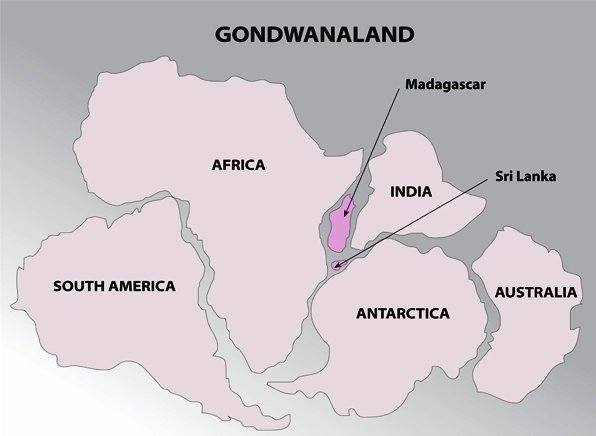 The Indian mainland was a part of a lost continent which is believed to be lying under Mauritius and is scattered all over the Indian Ocean. The above conclusion is based on the findings that the rocks found on Mauritius are too old to be found there.

The Earth did not have seven continents always, and South African scientists have discovered remnants of the famed Gondwanaland which was once a part of the Indian subcontinent but broke away some 200 million years ago to form the present-day Africa, South America, Antarctica, India, and Australia. Studying the crust under Mauritius, scientists concluded that its origin was the African island nation of Madagascar.

The study was carried out by Professor Lewis Ashwal of the South Africa University of the Witwatersrand. Explaining the details, Prof. Lewis said that the planet is composed of continents and oceans. The rocks on the continents are old but the oceans are younger, and it is here that the rocks are being formed. Mauritius is an island, and no rocks are older than 9 million years. However, there are minerals in the rocks which are at least 3 billion years old.

The minerals which are a part of the rocks are Zircons, and they contain traces of Uranium, lead, and thorium. These minerals are just like records of the geological process and can be dated accurately to a large extent.

These older rocks must not be here they are a part of a larger mystery which the team eventually solved. The rocks were part of the Gondwanaland, and the remnants of the continent are found not only in Mauritius but are scattered all over the Indian Ocean. The Indian Ocean itself was formed after the break-up of the Gondwanaland and the land masses separated to form the present day land masses.