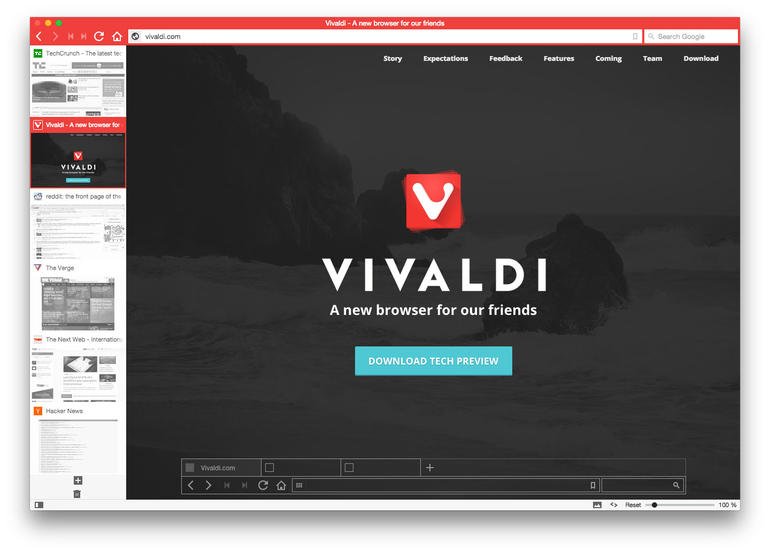 The world probably doesn’t need another web browser right now. With Google Chrome and Mozilla Firefox going head to head in both mobile and web browser competition, and Microsoft preparing a brand new browser for its upcoming major Windows release, the market probably isn’t too good for a newcomer. However, for an ex-Opera CEO, that is not the case.

According to Jon S. von Tetzchner, who is a former CEO at Opera Software — the company that makes Opera web browser that holds fifth place in browser market — and current Co-Founder and CEO of startup Vivaldi Technologies, there is still room for improvement in the browser industry.

He said that browsers today are trying to make a limited web browser. With extensions and add-ons the functionality can be extended, but that’s what users want out of the box. He went on to say that Opera 12 still has about 20 million users worldwide despite the browser being three year old. He believes that’s an indication that there’s a need for a browser among tech users. A browser than can do more for them.

The ex-Opera boss wants to take advantage of what he believes was missteps done by Opera. He also has the means to reach some of the Opera fans who might have been disappointed by the company’s decisions. When Opera closed its My Opera feature, he quickly created a similar feature to pick up some of the disappointed users of Opera. My Opera was a service that allowed users to create a free account and write blog posts, email, chat and communicate with other users in a forum.

Jon S. von Tetzchner is trying to promote Vivaldi browser to those Opera users. The Technical Preview 1 of the new browser is already out. His plan to make money by doing so is similar to how other browsers make money: by referring users to search engines and taking a cut of the revenue those search engines make by delivering ads to those users.