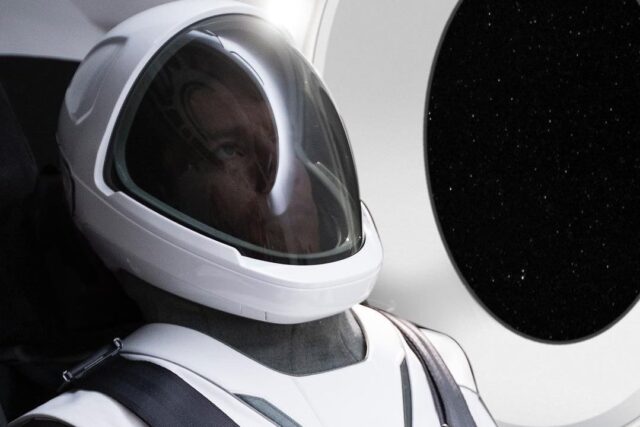 The billionaire owner of the American aeronautics firm SpaceX has officially posted the first peek of his ambitious Spacesuit which the travelers to Mars are going to wear in the coming days. Today, Elon Musk has uploaded the first official picture of his SpaceX spacesuit on Instagram, giving space enthusiasts a hint that the missions of traveling to Mars and colonizing it are on the card. Alongside the picture, Musk also has teased his followers with the note, which reads: ‘More in days to follow.’

From the quick look, the spacesuit looks quite similar to the suit worn by NASA astronomers earlier. As revealed by Elon Musk, the development of the spacesuit is a pivotal step forward in his quest to set out manned missions to the International Space Station and beyond shortly. Commenting in this revelation, Musk says that the spacesuit functions and is fully tested to double the vacuum pressure. The suit itself is completely white and incredibly spacey. As acknowledged by Musk, it was “incredibly hard and challenging to balance the look of the suit and its function and produce the perfect one that will carry astronauts to the ISS and other planets like Mars in the coming years.

First picture of SpaceX spacesuit. More in days to follow. Worth noting that this actually works (not a mockup). Already tested to double vacuum pressure. Was incredibly hard to balance esthetics and function. Easy to do either separately.

Though Elon Musk didn’t spell out in his Instagram post, it is pretty confirmed that the SpaceX suits are designed to be worn by astronauts when taking rides to the International Space Station and other celestial orbs atop the company’s Dragon Capsule. The new outfits are pressure suits, which mean they are not intended for spacewalks. Instead, they will only be worn by astronauts during transportation in case the vehicle depressurizes in the middle of the way. The suits will also be worn by the astronauts of NASA for the commercial crew mission when SpaceX will begin setting out crews to and from the International Space Station.

Back in January this year, Boeing – the American spacecraft manufacturer revealed its own set of spacesuit design which the astronauts will wear on the way to the ISS, and now the introduction of the new suit by SpaceX for its future ambitious manned mission seems to bring a new revolution in the space industry.