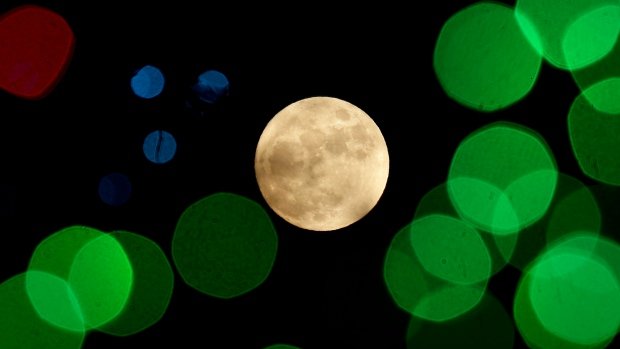 The Moon is the only natural satellite of the earth. Its origin always has puzzled scientists, and there are many theories about its formation. The most common and widely held theory is that a large body, the size of Mars must have impacted the Earth and scooped out a huge chunk of Earth’s crust to form the Moon. The absence of Iron in the lunar soil also gives weight to this theory. However, an alternate theory has been propounded by scientists in Israel. The theory adequately explains the absence of Ferrometals in the lunar soil.

A succession of cosmic collisions led to the spawning of numerous multitudes of moonlets which later morphed into a single entity as the Moon which we see today. Instead of one giant impact which knocked out a big chunk, the moon was formed by a multitude of impacts which produced some moons. Israeli scientists have used computer simulation and estimate that about 20 impacts could eject enough material to form the moon in its present state.

This theory is not new but has been once again brought to the fore by researchers at the Weizmann Institute of Science, led by Raluca Rufu, and his team. The latest theory puts a big question mark on the assumption that the moon was created by a single impact. However, Rufu and his team feel that more work is needed to explain how the moonlets combined to form a single moon.

The single impact theory is flawed on many counts. If such a collision happened, a fifth of Moon’s material would come from Earth and the rest of the impacting body. However, the analysis showed that the composition of the Earth and the Moon are nearly identical. This is possible only if the impacting body was of the same composition as Earth. This is a remote possibility. The multiple impact theory better explains the identical composition of Earth and the Moon. Multiple impacts would have scooped out more Earth material than a single impact. Thus the moonlets would more closely resemble Earth’s composition.