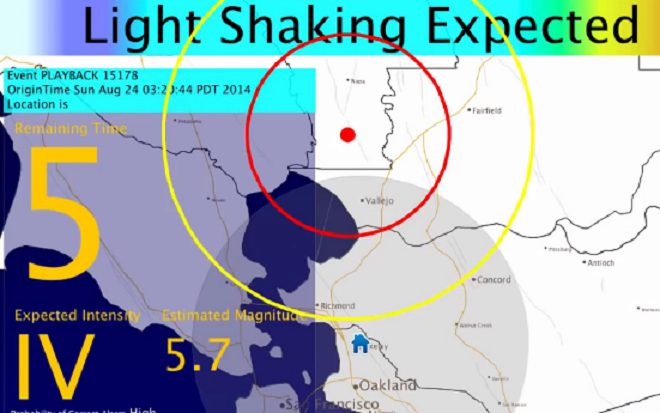 India is taking a gigantic leap with the introduction of the Earthquake Project.

This project is mainly worked on with 27 countries having different scientists, researchers, seismologists and geophysicists in detecting an early warning system in case of an earthquake occurrence.

The project is widely based on issuing warning just minutes before an earthquake strikes.

India is also on the verge to launch a satellite that would detect for change in Earth’s crust eventually before an earthquake occurs.

With the introduction of this project, a decrease in human casualty is predicted accordingly.

According to Shailesh Nayak, Secretary of Ministry of Earth Sciences, reported at a summit meet in Kolkata yesterday stating that India is going to launch a new satellite around 2019 which would help researchers to find out any displacement over the earth’s crust.

A number of bore-wells with sensors would be laid down on seismic prone areas to for sensing the chemo-physical changes below the earth’s surface.

Experiments had been started conducting around the belt of the Koyna river valley near the Western Ghats at Maharashtra.

With a lot of professors and researchers from IIT’s, such as Sankar Kumar Nath, Professor, Geology and Geophysics, IIT Kharagpur, O P Mishra, senior scientist and DDG (Seismology) India Meteorological Department, Ambarish Ghosh, Prof of Civil Engineering & Head, School of Disaster Mitigation Engineering, Indian Institute of Engineering Science & Technology, Shibpur, and different research based institutions have stated that there are around 22 states in India that are quite earthquake prone.

With the high rises and the multi-storeyed buildings constructed around the country, it is invariably very important to adhere to the strict codes of construction regarding the ones that Japan follows.