Celebrating Earth Day 2016! Can technology be our planet’s saviour? 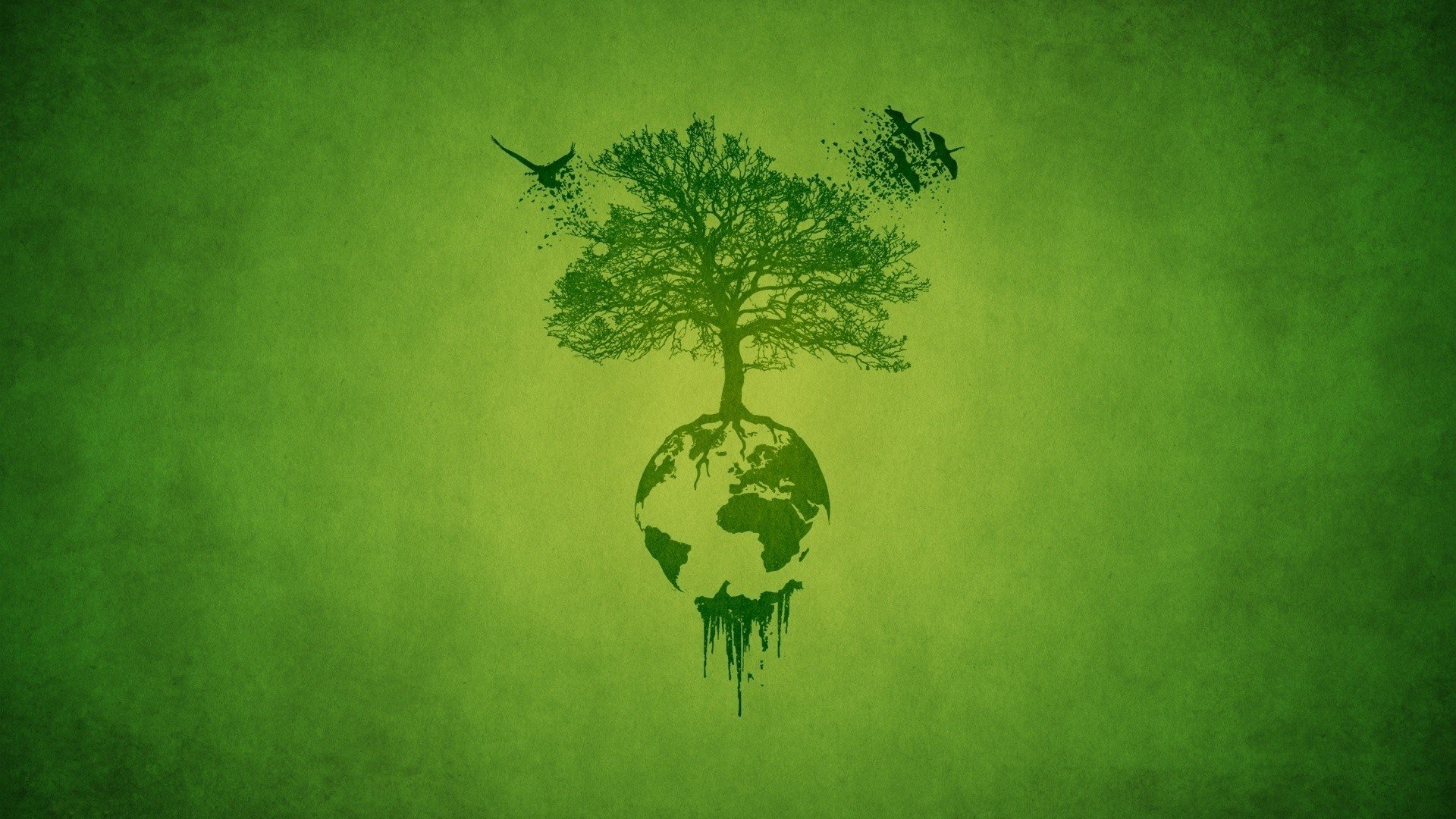 Earth Day, an annual event which is coordinated internationally by the Earth Day Network, is celebrated on April 22. On this day, events are held across the world to demonstrate support for environmental protection. It was first celebrated in 1970, and now it is celebrated in more than 190 countries every year.

Some communities celebrate Earth Week, an entire day of activities solely focused on environmental issues that trouble the world. Can technology save our planet? If so, how can it? Let’s find out!

Technology has advanced by leaps and bounds in the 21st century. Other than development about renewable sources of energy there are some more ‘Green’ Technologies and Practices which can help make this Earth a better place.

Paper, as we all know is made from trees and the procedure produces greenhouse gasses. So by going paperless banks, stores, and offices can save millions of trees, and it would also reduce fuel consumption, production of toxic air pollutants and reduce toxic waste in both robust and liquid forms. Analysts predict that by adopting this measure more than 19 million trees can be saved and 4 billion tons of greenhouse gasses will not be produced and released into the atmosphere.

Hybrid cars use less gas and produce fewer pollutants, almost 90 per cent less than their petroleum driven counterparts. While Electric cars run on renewable energy with the use of rechargeable batteries, they also do not produce air pollution. A lot of development has been done in this regard and much more needs to do. Companies like Tesla Motors, Inc. (NASDAQ: TSLA) has produced some electric cars like the Tesla Roadster, the Model X, the Model S and the Model 3 with the Model S being the most popular. Another popular electric car is the Nissan Leaf!
There are rumors that Apple is working on an electric car while the Chinese company called LeEco (earlier called LeTV) has already unveiled its LeSEE, an all-electric concept sedan. LeEco is also said to funding Faraday Future, which suggests then the ‘Netflix of China’ might be working on the development of eco-friendly cars!

Carbon Footprint – Capturing and Recycling It

According to Google, the carbon footprint is “the amount of carbon dioxide released into the atmosphere as a result of the activities of a particular individual, organization, or community.”

While tech giants like Apple are helping to reduce carbon footprints by using renewable sources of energy in its data centers or operations in the US or globally, there are some industries which cannot reduce CO2 emission like the cement industry. So, commercial CO2 capture plant should be built like Skyonic Corporation is building to capture the gaseous oxides of carbon from a cement plant and process them to create by-products like baking soda. This carbon dioxide can also be processed to produce allotropes of carbon like Graphene. Researchers have developed a new allotrope called carbene which has superior properties as compared to graphene. So, a carbene is the new graphene! They can be used to make durable products which are lightweight and reusable!

Organic Radical Batteries are more environment-friendly in comparison to conventional metal-based batteries, because employ organic radical polymers, which are plastic like, instead of metals, to provide electrical power. In the future, ORBs can consider being a great alternative to the Li-ion battery as they have a higher charge capacity and are touted to have a shorter charge time.

Although this type of battery is not out there in the market, different groups of research scientists and organizations like the Japanese corporation NEC have built functional prototypes of the battery and the ORBs development is approaching practical use. At the moment, ORB research is mainly aimed at Hybrid ORB/Li-ion batteries because of the difficulty faced in synthesizing organic radical polymers with desirable electrical properties for the anode.

The US Environmental Protection Agency has a website focused just on apps, and it has a plethora of apps (about 290 apps) to help people understand the need to protect the Earth’s environment and how to do so! 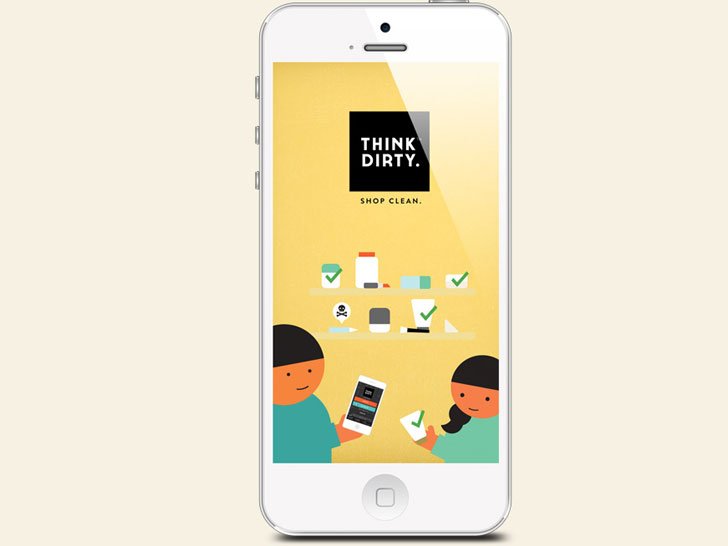 Think Dirty is an app that can be used to select beauty and personal products with safest and the most environment-friendly ingredients. The description in the App Store shows, “Think Dirty is the easiest way to learn about the potentially toxic ingredients in your cosmetics and personal care products. It’s an independent source that allows you to compare products as you shop. Just scan the product barcode and Think Dirty will give you easy-to-understand info on the product, track dirty ingredients, and shop for cleaner options.”

The app database has over 305K cosmetics and personal care products with the majority of Canada and the United States and it features Barcode Scanning of the products and gives a Dirty Meter® rating along with information on the ingredients, certifications of the product and health impacts in an easy to understand manner.

Oroeco is another app which tracks the users’ effects on Earth’s climate by automatically putting a carbon value on almost everything the users do like how the energy is used at their houses or what they buy! The app also gives personalized tips for saving money and the climate it and rewards the user with points and also deals.

These are some dope tech which consumers can buy and use, unlike the technology mentioned above barring the apps.

Aerelight is world’s first consumer-ready OLED lamp that uses 80 percent less power as compared to a traditional 60W light bulb. It is powered by a paper-thin, energy-efficient OLED panel, the life expectancy of which is up to 20 years and so there is no need to change a bulb.

GoalZero’s Guide 10 Plus Solar Kit is a portable charger which is powered by solar panels and can be used to charge quickly and easily smartphones, tablets, power banks and various other gadgets!

Automatic is a device which plugs into the diagnostic port of a car and connects the car’s computing system to the user’s smartphone. It relays real-time data regarding the car’s subsystems like the gas tank and activity of the engine. With the help of this data, it can diagnose a problem even before it hampers the fuel efficiency or increases the emissions from the car. 30% of the normal gas usage can be saved by following the instructions provided to make minor changes in driving via real-time audio feedback.

Secur Sun Power Bank 4000 is power-bank which is recharged via solar energy and can be used in every way a normal power bank is used.

A decade ago, solar and wind energy were the main players regarding alternative energy, but the field is far broader now. From various research groups at universities to large corporations to garage start-ups, innovation regarding sustainable energy and materials is at its peak. But making energy clean and cheap energy is a tough job. People are using solar panels to generate electricity, but to generate electricity at a large scale burning fossil fuels is still cheaper.

But a lot of green technologies will not reach consumers at the moment, for example, the Bloom Energy box or efficient LED lighting system, as it will be very costly and not feasible! They are more likely to be adopted by large corporations and businesses until the up-front costs decrease.

At present, Green technologies will just enable people to use energy and other natural resources more judiciously and in an efficient manner. In a nutshell, technology can help protect the environment in various ways, but it’s the consumer that is in charge. It cannot be done in a day but has to be incorporated into the daily routine. So are you ready to do your bit for this planet, this Earth Day onwards?