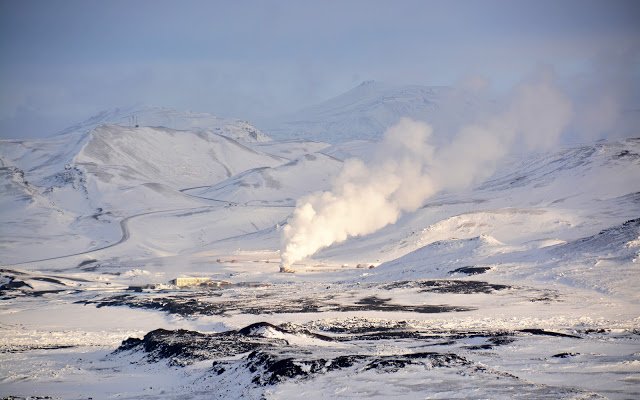 For long scientists have been baffled by the difference between the theoretical rate at which the Earth’s crust is cooling at seafloor spreading ridges, and the measured readings. However, the mystery will soon be resolved with the discovery of a new type of hydrothermal vent system.

Scientists have been able to explain how the source of heat driving these events are rocks pushed in the direction of the seabed by low angle faults. These low angle faults are called tectonic spreading centers. Thus, it has been proved that these vents are not sourced from volcanic heat from magma chambers.

These new thermal vents have been discovered at the Von Damm Vent Field in the Caribbean during a scientific expedition aboard the NOC funded Royal Research Ship James Cook.

Bramley Murton, who co-supervised this research, said that the latest discovery will help understand the working of the dynamics of Earth’s interior cools.

The research team first used sonar on an autonomous submarine and mapped the vent field. It then sent forth a remotely operated vehicle to obtain samples of hydrothermal fluids and minerals. The subsequent analysis of the material from the vent revealed that it was entirely different to those of any other known vents. This system was unique by the fact that the heat driving the vent comes from tectonic spreading centers instead of volcanic heat from magma chambers.

Since they are not discernable in the traditional way of searching hydrothermal vents they, therefore, remain unaccounted `in the calculations of how heat and chemistry are transferred from inside the Earth’s crust.