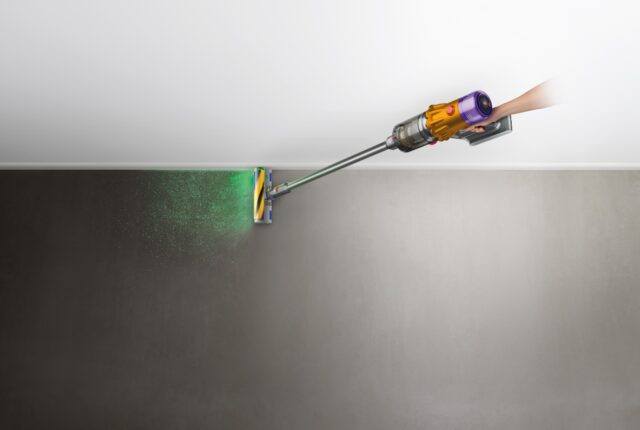 The Dyson V12 Detect Slim vacuum cleaner is priced at Rs. 58,900 and can be purchased from the Dyson.in the website as well as the Dyson Demo stores in the country. The company is providing free next-day delivery as well as auto-warranty registration.

The new Dyson V12 Detect Slim is unique in that it is the first from the company to feature laser dust detection technology which makes it more capable of detecting and sucking up the smallest of dust particles more effectively than ever. It can easily pick up dust particles that aren’t even visible to the naked eye which has been made possible thanks to the integration of a green laser diode within the Slim Fluffy cleaner head. Dyson said the green laser diode is placed at an angle of 1.5-degree while holding 7.3 mm off the ground, which makes it best suited to capture 99.9 percent of dust particles.

Another interesting feature of the V12 Detect Slim vacuum cleaner is the piezo sensor it comes with that includes a built-in LCD display for displaying the dust particles it has detected. This makes it easy for the users to have an idea of the amount of dust present and how much the vacuum cleaner has been able to take care of.

For this, there are carbon fiber filaments present in the cleaner head that are capable of detecting microscopic particles. These when comes in contact with the acoustic piezo sensor present in the bin inlet causes small vibrations which get converted into electrical signals. All of this information gets to show on the LCD display so that users are able to know the size of the dust particles as well as their quantity.

That is not all as the Dyson V12 Detect Slim is also intelligent enough to change its suction power dynamically according to the amount of dust present. So, if there is more dust around, it increases the suction power on its own. Similarly, when the quantity of dust is less, the suction power too decreases automatically.

Yet another innovative feature that the vacuum cleaner comes with is the anti-tangle conical brush bar which spirals hair off and sends them into the bin. This way, it prevents the hair to get entangled in the brush bar, as is usually the case with most vacuum cleaners out there.