Home Reviews Dyson Purifier Hot and Cool Review – This one does its job... 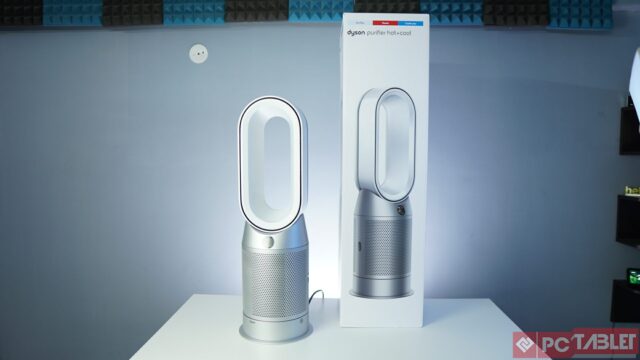 When it comes to sheer design and usability, Dyson is one such brand that comes to our mind. Their products represent class, luxury, and innovation all packed into a neat package. In the past, we have reviewed certain devices from the brand including Vaccum Cleaners and Air Purifiers and now we have another one in for review.

This is the new Dyson Purifier Hot+Cool that carries the code HP07 and is available in the market at a sticker price of INR 56,900. The new Purifier has multiple use cases, comes in a familiar design, and is packed with goodies. We got our hands on this unit for a little over two weeks now and here’s our review. 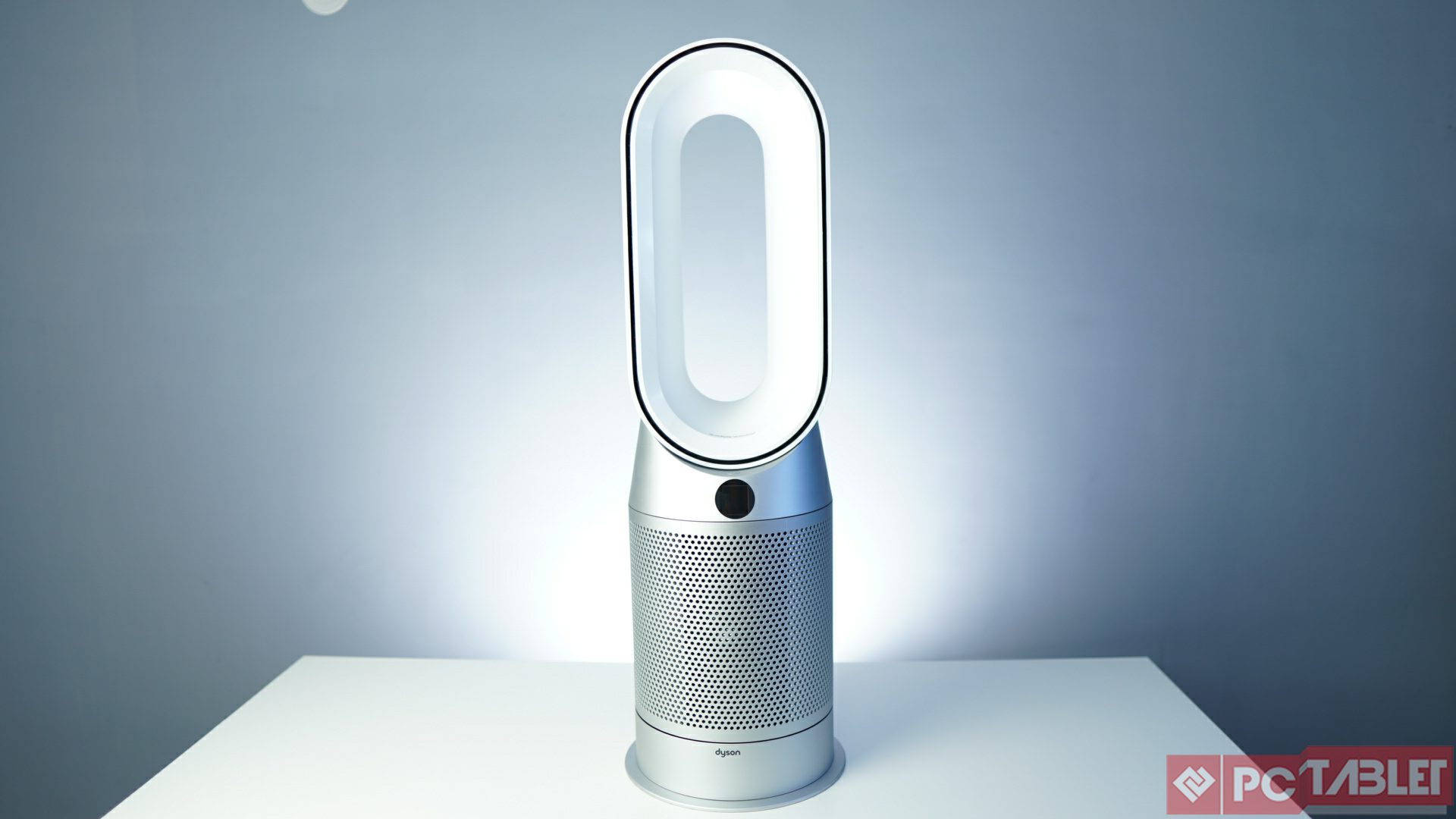 The Dyson Purifier Hot+Cool has a very different and eye-catching design something that defies imagination. It is class apart from a traditional air purifier in every sense. While most purifiers in the market have a plain rectangular, mostly boxy design that is warranted to be kept in a corner, this unit can be placed anywhere in the room. 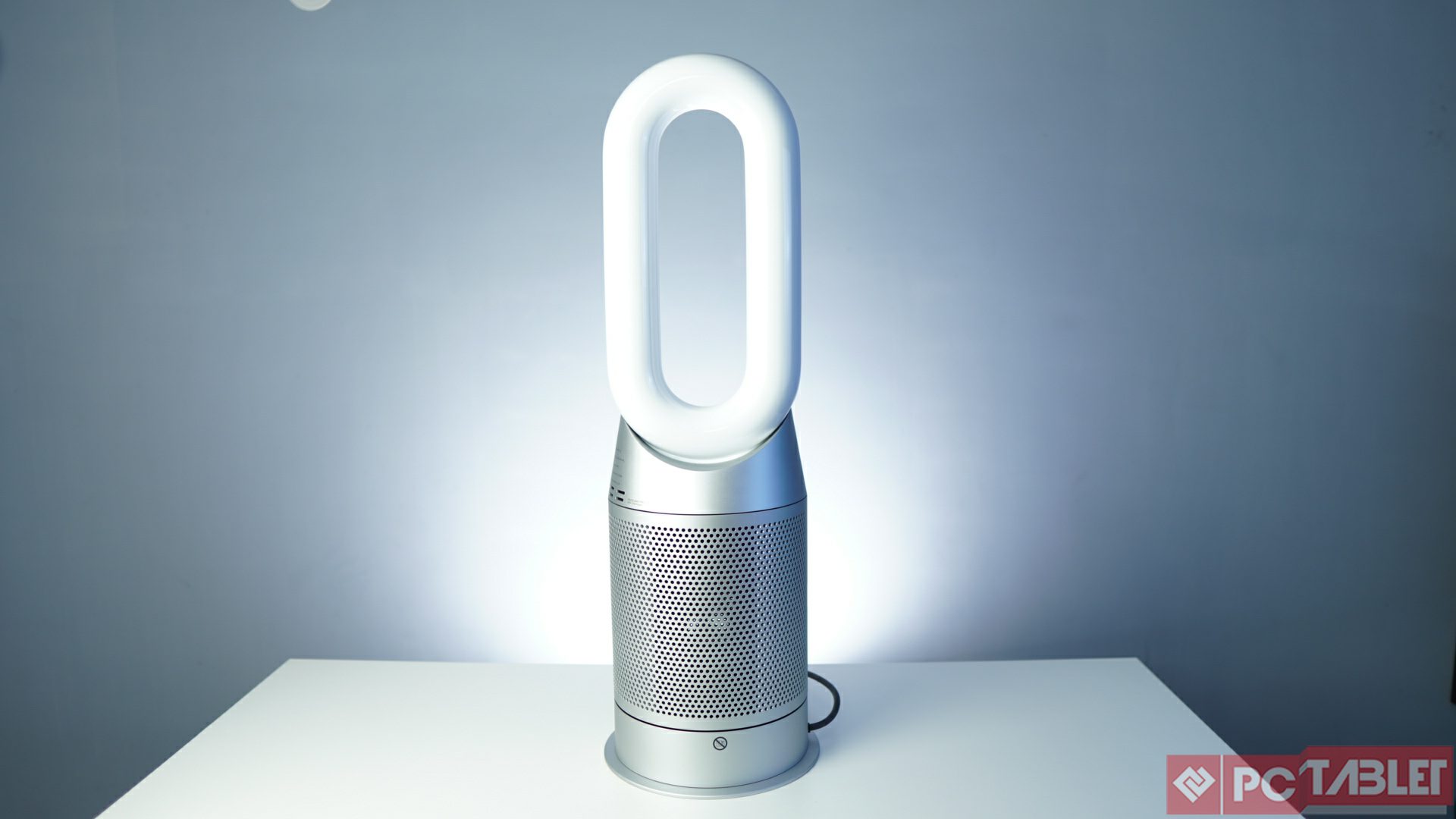 The Hot+Cool has a cylindrical base that is covered in a mesh-like pattern and houses the motor and HEPA filters. Inside the base is a fan that uses the ‘Air Multiplier’ technology which was coined by Dyson, wherein the fan creates a low-pressure zone in order to suck a steady amount of air and blows it upwards towards the loop and out of it. This unit can both cool and warm a place depending on the weather, hence the Hot+Cool naming scheme. 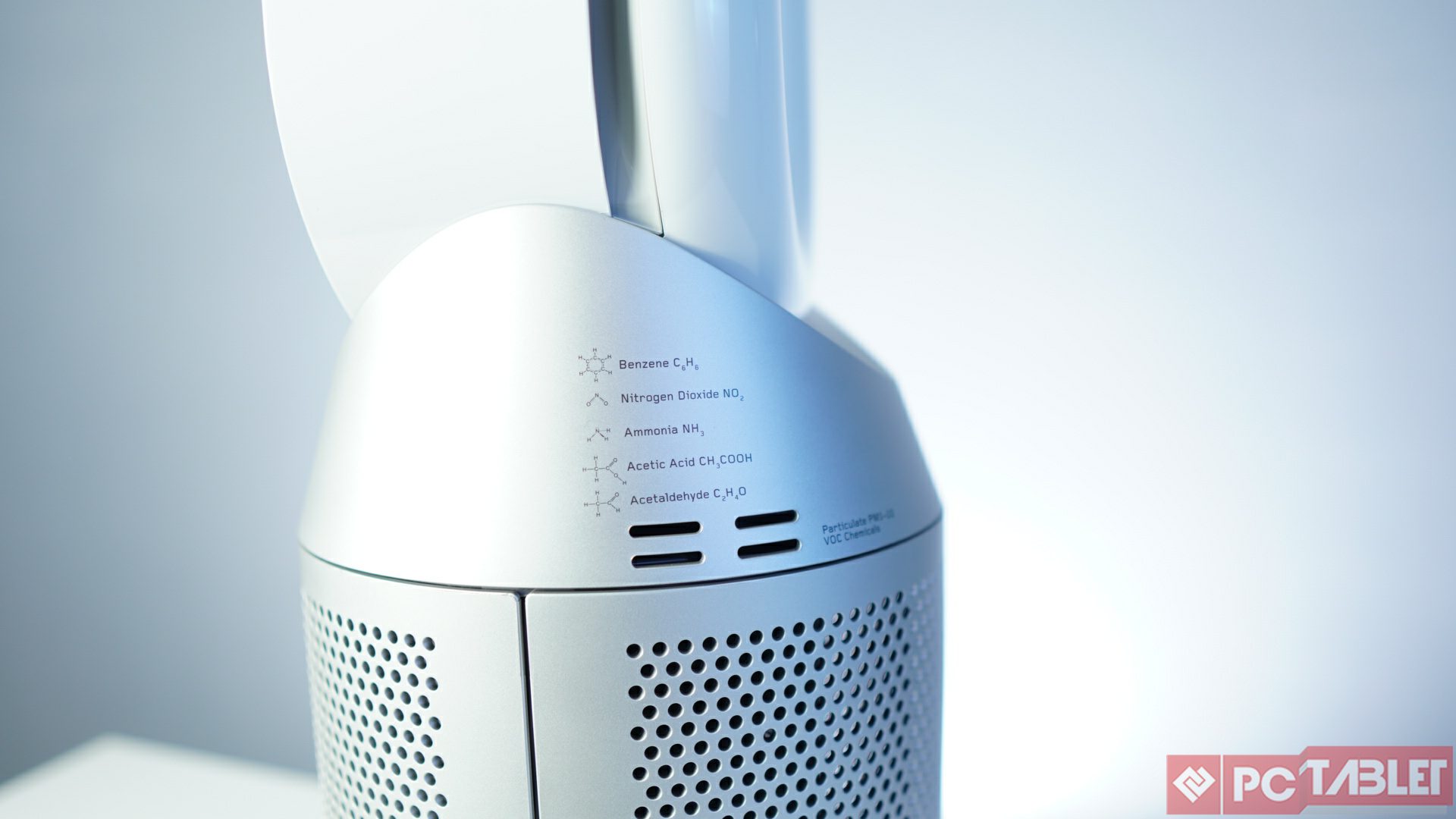 The Dyson Purifier Hot+Cool also gets a circular display that shows the real-time quality of the air along with a host of other useful information like the Fan speed, Wi-Fi status, etc. Along with this, the unit now can also be controlled with voice commands and a companion app on the smartphone. 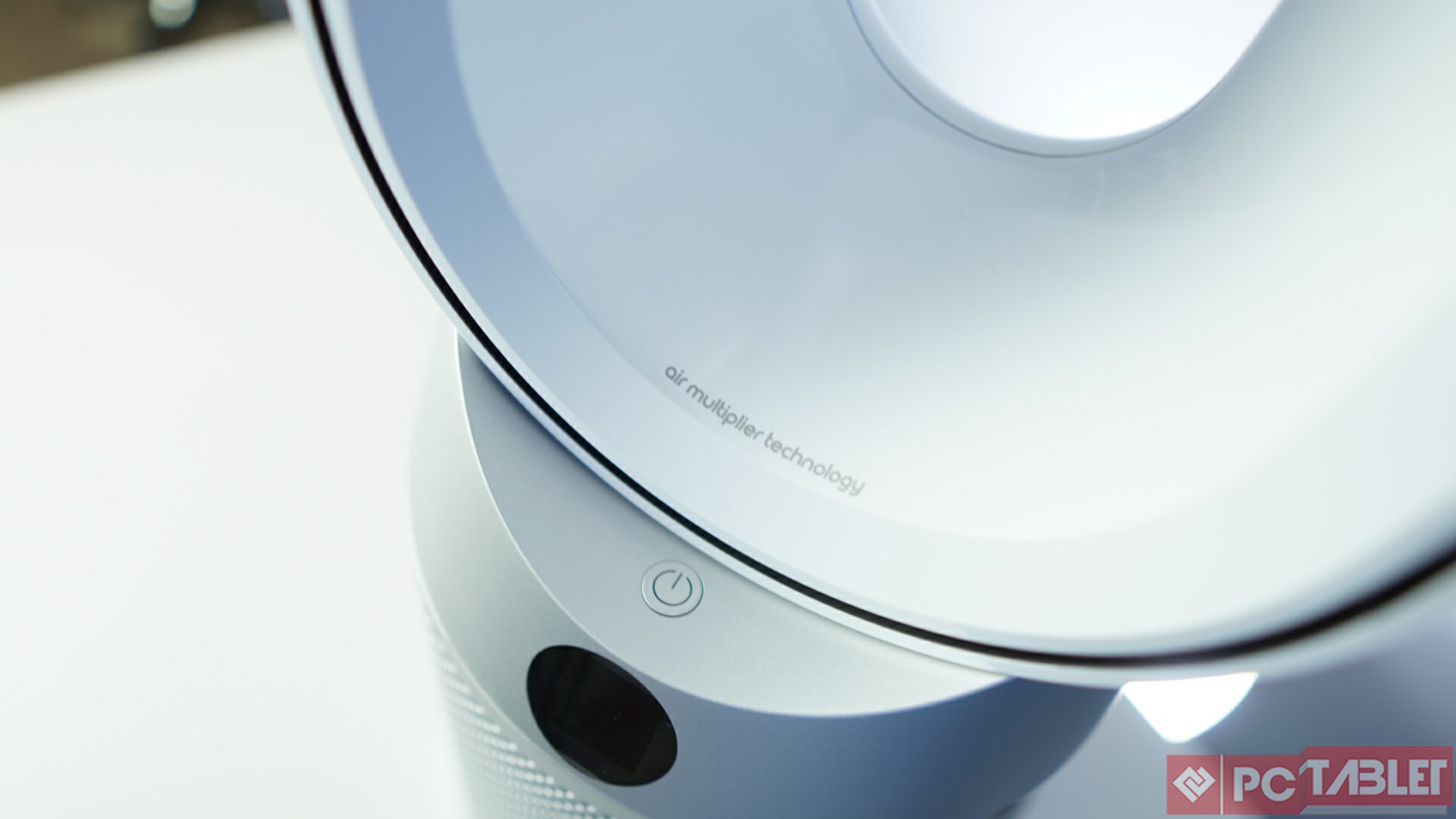 The Dyson Purifier Hot+Cool claims to remove up to 99.95 percent particulate and odor including PM2.5, PM10, VOC, and NO2. We will discuss this in our Performance section below. There are plenty of other useful features like an Auto mode that adjusts the intensity of the purifier to the detected pollution level, Night Mode which keeps the fan speed low in order to curb the fan sound, and a Sleep Mode which puts the unit at a lowest possible setting all throughout the night.

The unit can be considered as an IoT product since it’s got a Wi-Fi built-in. The Purifier can also be controlled using an app and Voice commands through a virtual assistant. The app is available on both Android and iOS platforms &  gives you detailed information about the air quality, the fan speeds, and a map of the area that has been cleaned.

Apart from this, there is a physical remote bundled inside the package that can operate the purifier as well. The remote contains all the basic buttons from power on/off, to fan speed, mode selection, hot and cool air modes, and more. It can be magnetically stuck to the top of the Purifier, so you do not lose it between the couch or in the sheets. 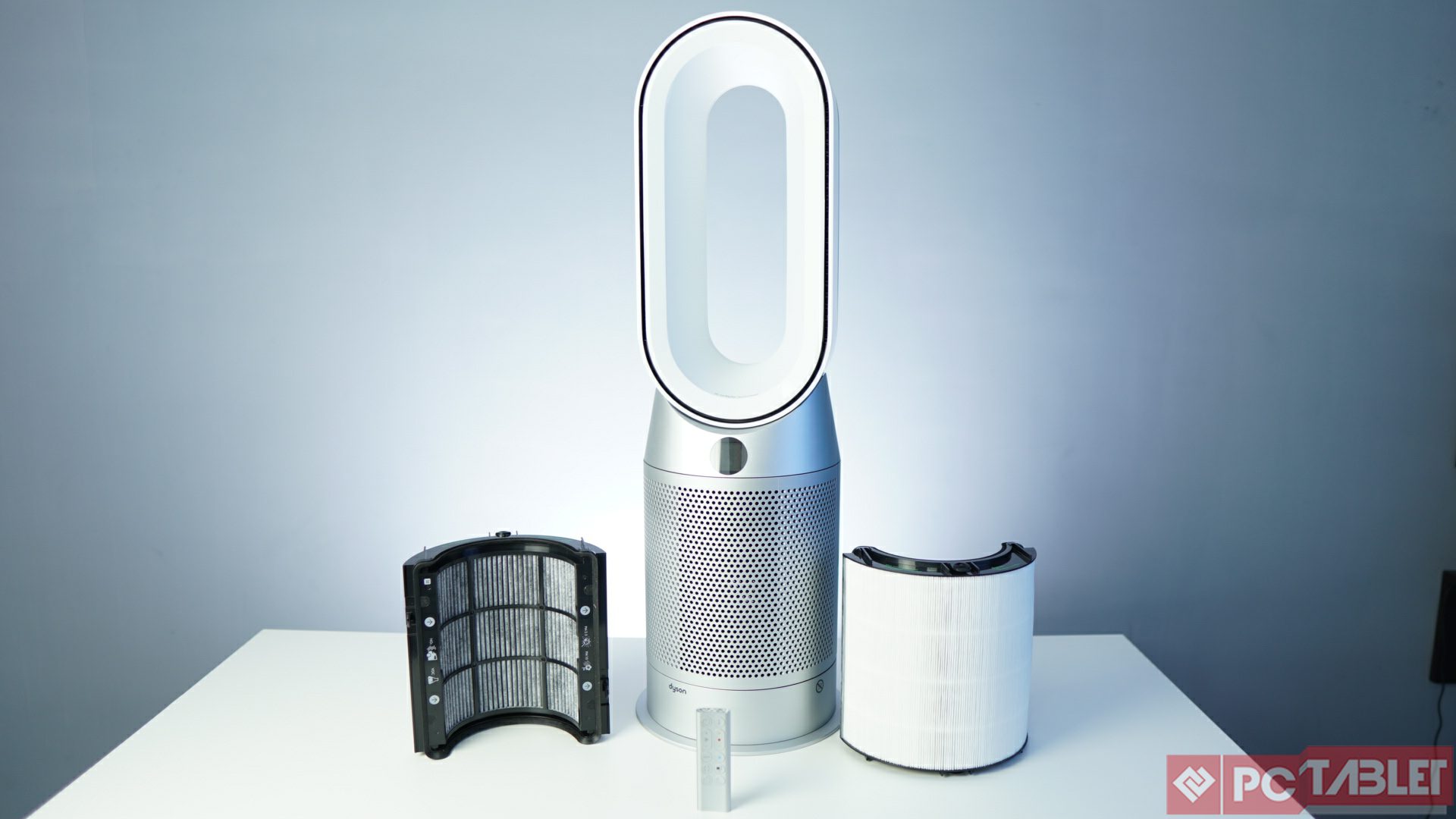 The Dyson Purifier Hot+Cool with its cylindrical base provides 350-degree coverage. The base has the ability to oscillate which tends to be helpful. We could not ascertain the actual CADR of the purifier but got a good idea about the coverage area and other metrics while conducting our tests. Since the AQI readings in the Delhi NCR region average between 140 to 170, the purifier took close to 40 mins to bring down the AQI to 40 in a 200 sq. ft room. 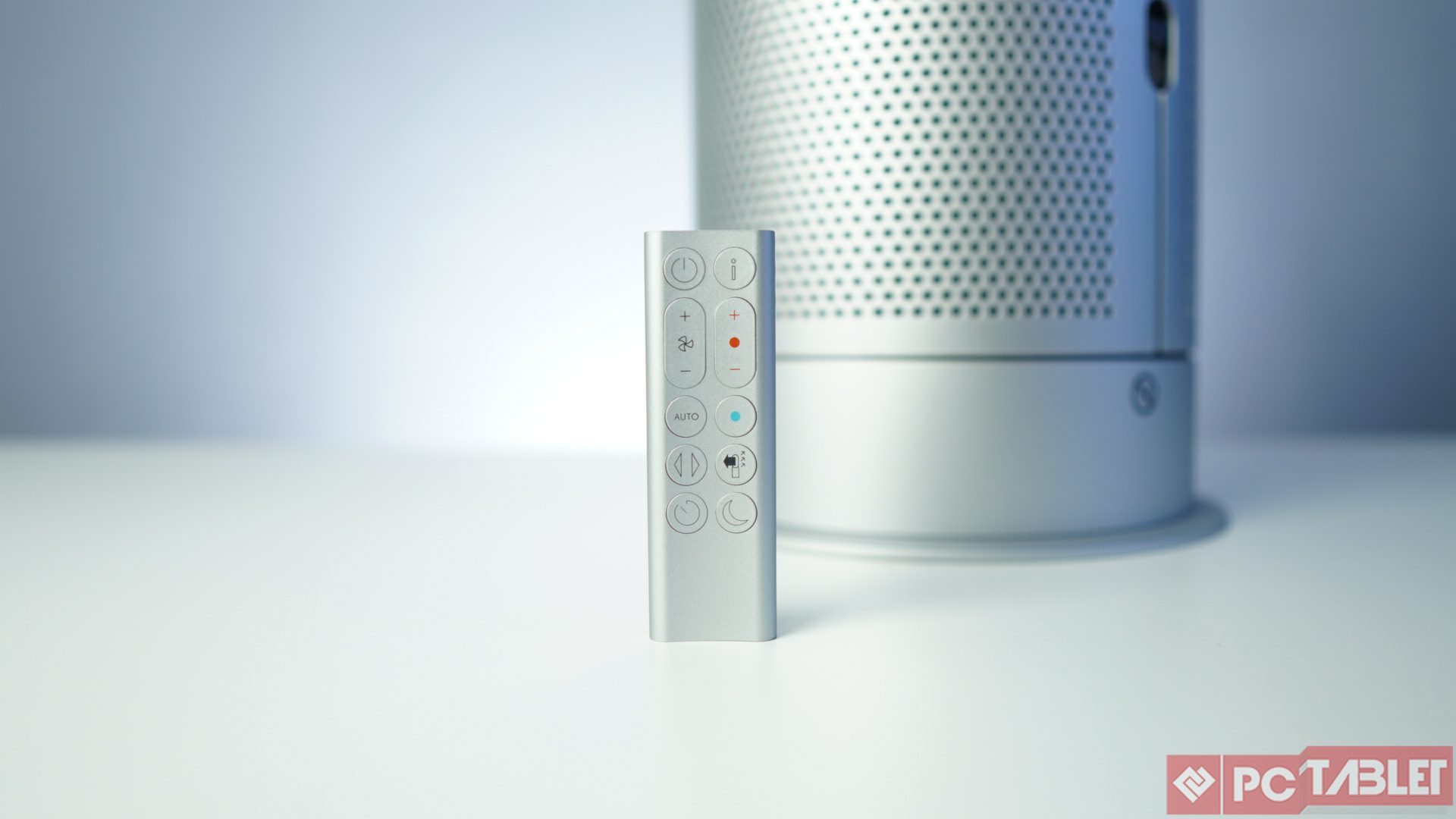 The Purifier was also able to curb different types of odors that we had introduced in the testing space. Given the pollution levels all throughout the year, we think the filter will not last upwards of 4-5 months. On the plus side, the filter removal process is easy but the filters themselves are pricy. During our usage period, we noticed a thick layer of dust and particulate matter on the filter, giving a clear indication of how well the purifier was working.

Since we started out our testing in the late stages of winter, the Hot feature came in handy multiple times and so did the Cool mode as we enter spring. The unit is energy efficient as well and has a power consumption rating of 40W, which means that the purifier will consume close to a unit of energy if it is used for a whole day.