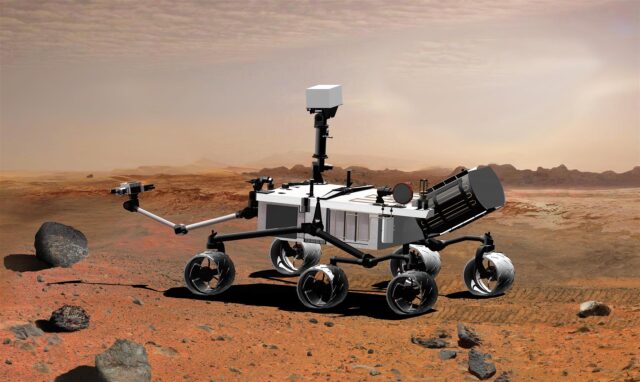 Nathalie Cabrol believes that studying Mars is not a waste of time and money. According to new research data from NASA’s Curiosity rover indicates that there may be liquid water on the surface of Mars.

Nathalie Cabrol is a senior research scientist at the Search for Extraterrestrial Intelligence institute in Mountain View, California and is a member of NASA’s Mars Exploration Rover team. Determined to prove that our Earth isn’t the only planet supporting life in our solar system, the chief scientist of NASA believes that signs of alien life could be found sooner than 2025.

Dr. Cabrol believes that Mars once had the right conditions necessary to support life nearly billions of years ago. She also believes that it could be uninhabitable by humans again someday. To extend her beliefs a bit further, there are good chances that microbial life still exists in Mars. According to her, it is hard to “stop the process” of life if it has once begun. Extending her views, if life was already present in Mars a long time ago, she is still “pretty sure it is still there”.

NASA’s Curiosity rover found liquid water on Mars. However, the water isn’t pure and is in fact, very salty. The water is believed to be stored just below the surface. Present conditions on the red planet aren’t exciting enough for scientists to believe that life is still present out there. The red planet is extremely cold and its atmosphere is very thin (165 times thinner than Earth’s).

This is why Dr. Cabrol is looking for life in the subsurface. NASA is currently designing a mission for the 2020 Mars mission, which will perform tests to find the possible traces of ancient life.

Dr Cabrol believes that even though there’s a good chance that humans might someday live on Mars, initially, all of them would have to wear space suits or stay sheltered. Mars could also be someday “terraformed” by humans. Terraform means to transform the current environment into one where human beings could place their habitat. That being said, Dr Cabrol believes that Mars “will never be Earth v.2”.