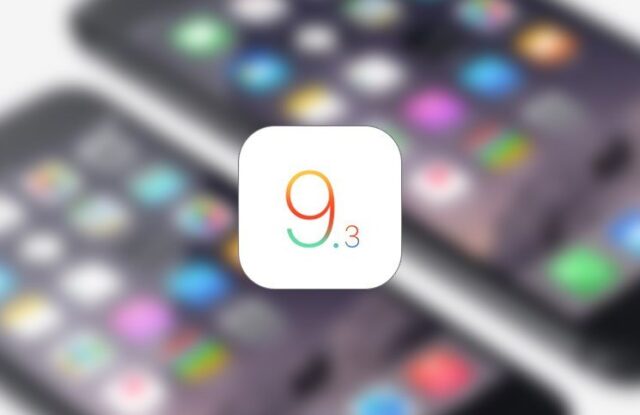 Apple has released the seventh beta of the upcoming iOS 9.3, which is regarded as the final beta in the series with features such as night shift, touch ID notes, and support for Verizon Wi-Fi calling.

Currently available only for iOS developers and public beta testers, the iOS 9.3 beta is available as an over-the-air update through the iOS section of the Apple Developer Center.

Even though Apple released beta 6 last week, it doesn’t provided any major features and was relatively small to satisfy the expectations of developers. The latest beta release, with a download size of 66.1MB, has more features than expected to roll out for public consumption next week.

While a new night shift mode enables the device to automatically change the display temperature by reducing the amount of blue light, the iOS 9.3 beta 7 also comes with new CarPlay features in addition to expanded 3D Touch options on apps such as Settings. The iPad for Education program also gets a fresh look with support for multi-user login, which is currently limited to MDM customers.

Along with iOS 9.3 beta 7, Apple also upgraded Apple News with more personalized recommendations, faster updates, a landscape view on the iPhone including support for in-line video.

Moreover, the Health app has also been refreshed to include an Apple Watch-style Activity view. Furthermore, the Notes app also offers an option to protect individual entries with passwords and the ability to add songs via third-party apps to Apple Music.

Apple Music for CarPlay, on the other hand, comes with “New” and “For You” sections to enable users to perform better music discovery. The Nearby feature in CarPlay Maps provides additional information about points of interest that are close by the current location.