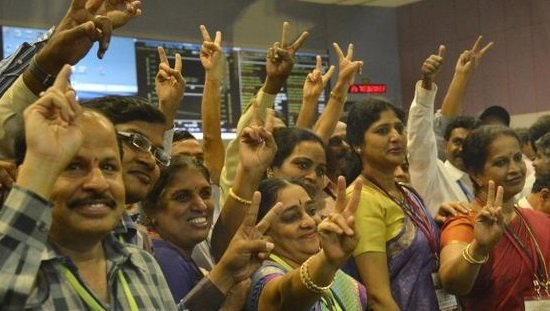 According to ISRO officials, Dr K Sivan has replaced M Chandradathan at VSSC, while S Somanath has taken over from the former at LPSC. P Kunhikrishnan, who previously served as Deputy Director of VSSC, will be filling Dr. M. Y. S Prasad’s shoes as Director of SDSC.

As the mission director, P. Kunhikrishnan had supervised 13 polar satellite launch vehicles; this also includes PSLV C25 that was used in inter-planetary mission–Mangalyaan, started on November 5, 2013
.
Kunhikrishnan earned a B-Tech degree in Electronics and Communication from the College of Engineering in Trivandrum and was brought on board by ISRO in the Systems Reliability Entity of VSSC in the year 1986.

He won the Astronautical society of India award (2011) and ISRO Individual Merit Award (2010). He has contributed to the fields of System level Quality Assurance of Avionics, Electrical Integration and Checkout Systems for several of ISRO’s Launch Vehicles.

This is not the first time this year that ISRO has been seen shuffling around its chief staff members. In January, A S Kiran Kumar was named Secretary to the Department of Space, Chairman of the Space Commission as well as Chairman of ISRO.

The latter half of February witnessed Tapan Misra assuming the role of Director of the Space Applications Center (SAC) in Ahmadabad. In early April, Dr M Annadurai was appointed to the position of Director of the ISRO Satellite Center in Bangalore.