Another Devil Fish Discovered On The Coast Of Sydney 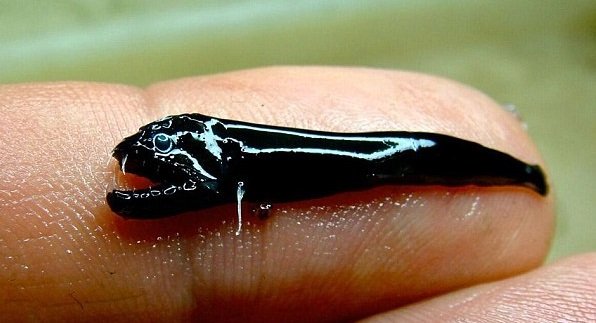 SYDNEY: July 14, 2015: Ever come across a deadly looking fish with fangs and stingers at their tail?

Marine researchers have come across a species found in nearby seashores and are said to be quite lethal.

Photographs had come up displaying the biological structure of the fish, having an eel like tail bone with a stinger at the end and the head part contains small fang like teeth for piercing into its prey’s skin.

These photographs had been taken by scientists of Commonwealth Scientific and Industrial Research Organisation rather termed as CSIRO, who were on a research voyage along the coasts of the Sydney Harbour.

These fishes are featured scale-less with minute cryptic organs that may be the wildest discovery ever made in the marine department.

UNSW marine researcher, Professor Iain Suthers, had been remarkably mesmerised by the fish and said that he never believed that such fishes could be found near the sea basin.

But as per the fisherman, they have made it a common specimen when fishing along the coasts.

Moreover, the fishes were not only the thing that came across the research unit.

They are also amazed by the discovery of 4 dormant and extinct volcanoes found approximately 5 km below the sea level and at around 200 km from the coast of Sydney.

With the help of sonar imagery, the researchers have come up with a three-dimensional model of the volcanoes that are said to be around 50 million years old.

The 3D imagery also displays the craters and the elevation of the volcanoes beneath the sea level.

Professor Arculus states that these volcanoes are long dead and there are no chances an eruption in a next 100 years.