PC-Tablet
Ads
Home News Delta Corp is Back in Business with a Bang, Looks to Expand... 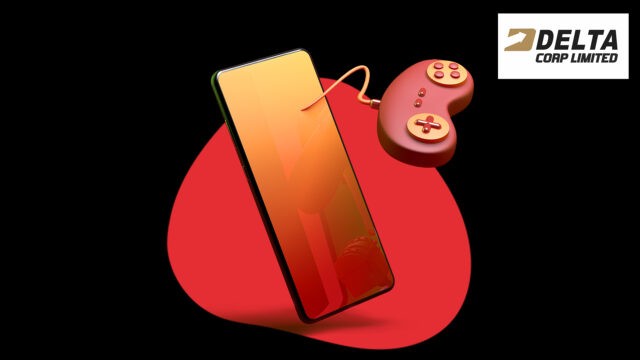 India’s sole publicly listed casino operator is eager to expand its positions in the online real money gaming business while the company’s shares are buoyant after resuming offline operations in Goa.

“We are back in business, and back with a bang,” said the Chief Financial Officer (CFO) of Delta Corp Ltd Hardik Dhebar less than 10 days after the Goa government gave the green light to casinos in the state to resume operations. He talked about the company’s current circumstances and its plans for the near future during an interview with CNBC TV18.

Mr. Dhebar announced that the company is looking to raise anywhere between $ 30 and 50 million which will be used to expand Delta Corp’s positions in the online casino real money sector. According to the CFO’s words, the funding will help the company in the next 3 to 6 months pumping the numbers up and growing the business.

Casinos operated by Delta Corp and its subsidiaries were ordered to close again when the second wave of Covid-19 hit the nation in April and May this year. With the ebbing of new infection cases and the gaining momentum of the country’s vaccination campaign, gradual relaxation to the lockdown measures started to be announced.

Casino operations in the northeastern state of Sikkim were resumed on July 6, shortly after the crest of the wave subdued, but according to Mr. Dhebar, it is Goa that brings the lion’s share of the group’s revenues.

Delta Corp’s one land-based electronic casino and three offshore (vessel) live-dealer casinos in Goa reopened at last on September 20, just in time for the proper tourist season in the small coastal state which is between October and March. The announcement led to a rapid increase in the company’s market value with the stock rising 13 percent to a 52-week high of ₹ 258 per single share.

Delta Corp is now finalizing the appointment of a banker who is to implement the envisaged capital raise that could be anything between $ 30-40-50 million, in CFO Dhebar’s words.

He said that even though Delta has been a poker-focused player which has been quite a profitable enterprise, its rummy platform has been bringing in more than ₹ 1 crore of revenues every month. He then announced that now the company is looking to expand its online gaming business to a new platform with other skill-based games and fantasy sports.

Delta Corp ventured into the online casino business in 2016 with the acquisition of poker site Adda52 owner Gauss Network Pvt Ltd through a deal combining equity and cash arrangements. In the company CFO’s words, the online division has proved a steady contributor of revenues for Delta Corp during the 18 or 19 months of struggle that the entertainment and hospitality sectors went through.

Delta Corp Ltd’s revenues for the Financial Year of 2017 amounted to ₹ 455 crores, with the company’s EBITDA reported at ₹ 161 crores a year after the poker platform’s purchase. Figures for the next FY 2018 rose to ₹ 608 crores in revenues and ₹ 246 crores of earnings before interest, taxes, depreciation, and amortization.

The Fiscal Year of 2019 was the best so far for the company with record-breaking figures including gross revenues of ₹ 798 and EBITDA of ₹ 314 crores. FY 2020 was not so bright with a slight slow down to ₹ 773 crores and ₹ 276 crores respectively.

The figures for FY 2021 are quite illustrative of the struggles for the industry CFO Dhebar mentioned. Even though the volume of revenues for the group of ₹ 419 is not so far down from the respective FY 2018 figure, Delta Corp EBITDA plunged down to just ₹ 13 crores and the company reported a negative profit after taxes of ₹ -25 crores.

Hardik Dhebar expressed optimism for the future based on the high footfalls in the recently reopened casinos of the group. He said that the 50 percent allowed capacity and the strict adherence to safety protocols does not defer casino goers to visit, similarly to how the situation was in the few operational months of 2020 which showed better figures than pre-Covid months. The CFO expects Delta Corp to report excellent results for the next fully operational quarter.