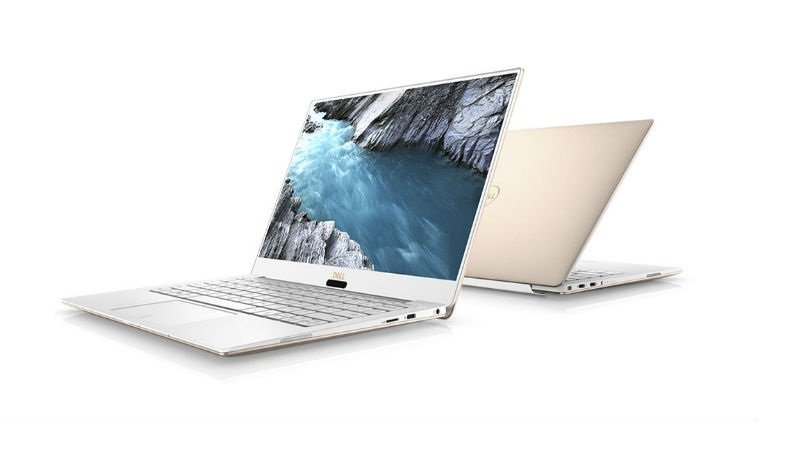 Dell has finally announced its 2018 XPS line-up of laptops. The company has officially introduced the 2018 XPS 13 laptop featuring Intel’s latest Core i5 and Core i7 processors. Starting at $999 for the base model, the refreshed XPS 13 is now available for purchase in the US via the company’s official online store, along with Microsoft’s physical as well as online stores.

The new 2018 XPS 13 laptop sports the same borderless design making it one of the slickest-looking laptops in the market. At 1.22kgs, it’s one of the lightest laptops in the market having a 13-inch screen. Dell stated that the XPS 13 laptop is 23 percent thinner than its predecessor, and is just 3.4mm thick. While nothing may have changed much in terms of design, but there are significant hardware upgrades under the hood.

The Dell XPS 13 gets powered by the latest 8th Gen Intel Core processors. Buyers can choose among Core i5 or Core i7 models. In terms of storage and memory, the 2018 XPS 13 is offered in a 128GB SSD with 4GB RAM, 256GB with 8GB of RAM, or 512GB SSD storage with 16GB RAM. Buyers also have the option to go for a 1TB PCIe solid state drive.

The XPS 13 ships with Windows 10 OS, that comes with personal digital assistant Cortana. Not to mention, Dell has also launched a Linux version of the XPS 13 laptop that gets a slightly lower price tag. For now, there’s still no word as to when it’ll be available for purchase in India. You can find more information about the latest Dell XPS 13 here.