Dell India has launched series of new budget Inspiron laptops powered by Intel 6th generation processors and Windows 10 operating system. Dell Inspiron 5559 ships with Core i5 6200U CPU and is available in both 4GB and 8GB RAM variants. While one model includes Intel HD Graphics 520, other two models are powered with AMB Radeon R5 M335 Graphics card with 2GB and 4GB capacities to cater to a different sector of users.

The laptops are powered with Windows 10 single language and sports a 15.6 inch LED TrueLife display baked with a solid two-year limited hardware warranty. However, one model available for Rs. 61,690 includes a Full HD display, which we hope will be useful for gamers.

Dell also launched Alienware branded laptop for a huge price of one lakh. However, it only includes 500GB storage space and a small 13-inch display.

If you don’t like to use laptops, you should consider Dell Inspiron One 24 5459, which is an all-in-one PC powered by the latest Skylake processor and a big 23.8-inch FHD IPS display panel. Moreover, it also includes a powerful NVIDIA GeForce 930M 4GB graphics that will be suitable for power gamers. 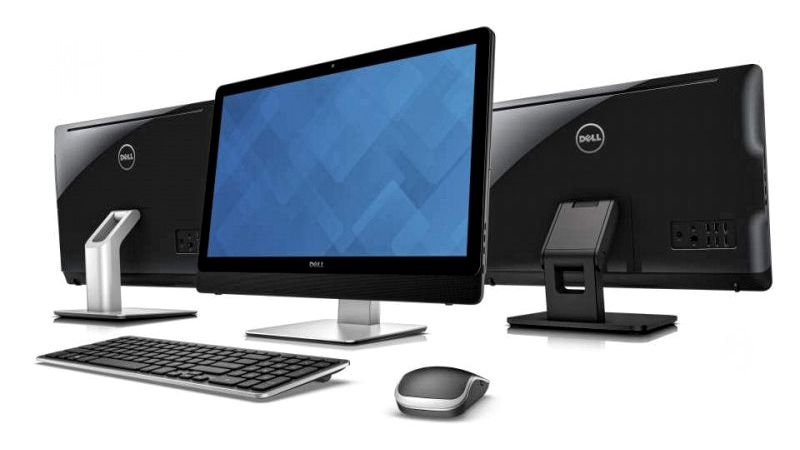 Moreover, it also includes AMD Radeon 4GB graphics card. This laptop is priced attractively at INR 78,490, which we consider reasonable for a configuration of this magnitude. If you want to purchase which can used for another ten years, you should consider this laptop.

We are unable to verify whether the laptops mentioned above include user replaceable or external battery. If the laptops contain an internal battery, then you will find it difficult to replace when it reaches the end of life unless you are a geek.

The laptops mentioned above can be purchased directly from CompuIndia.com, the authorized Dell Express Ship Affiliate.