Home News Delhi could be the most polluted city in India, but not the... 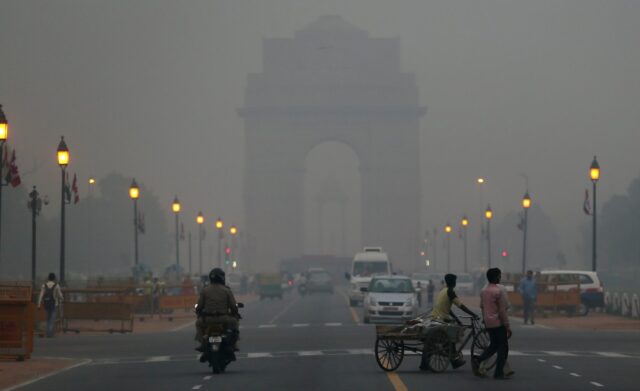 Delhi could be one of the most polluted cities in the world, but there are other cities in India which have even worse air quality than the nation’s capital. Central Pollution Control Board (CPCB) released its five-month data on the air quality in 22 cities across India.

The Pollution Board said that the national capital had an air quality which could be labeled as very poor. However, cities had air quality much worse to be designated as severe by the pollution watchdog.

Central Pollution Control Board analyzed the air quality in 22 cities from September 2015 and January 2016. The analysis and subsequent color codes were assigned by the concentration of seven pollutants in the air.
It included particulate matter 2.5, sulfur dioxide (SO2), nitrogen dioxide (NO2) and carbon monoxide (CO).

One of the causes of pollution in the national capital and other cities is road dust and secondary particles which come from the exhaust of various vehicles. While the pollutants are almost similar in summer and winter, vehicles constitute a significant source of pollutants in winter.

One of the t contributors of pollution in winter is Particulate Matter 2.5 emitted from trucks and two-wheelers. Other sources of pollutants during winter include secondary particles, vehicles, biomass burning, MSW burning and to a small extent, soil and road dust.

The latest figures released by the Pollution Board points out that pollution has become a public health crisis. Public opinion has provoked strong measures to check pollution in the nation’s capital.

However, this has to be enforced in other second rung cities which are a victim of policy neglect. There is a dire need of a national air quality strategy which should be legally valid and strictly enforced.