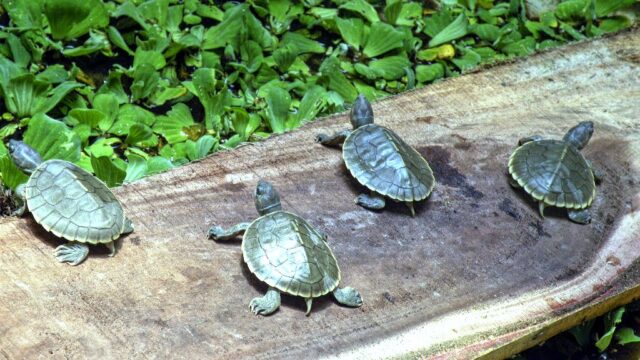 Omwati was seen carrying six bags by a police patrol party at the Anand Vihar ISBT. When asked to stop for checking, the woman started running towards a bus. The police chased and subdued her. A search of her possessions revealed the turtles stuffed in six bags.

The accused could not produce any document or license to sell or buy the turtles. The woman claimed that she purchased the turtles from a fisherman in her village and had done it earlier also.

These turtles are also listed under Appendix II of the Convention on International Trade in Endangered Species of Wild Fauna and Flora (CITES).

The Indian Softshell Turtles are prized in China and used in Chinese medicines. The shells are removed, dried and powdered before they are mixed in medicines and are claimed to act as an antibiotic.

Few people are aware of the uses of these turtles and are limited to the South Asian market. The soft shell turtles are highly endangered species and are found only in some parts of Pakistan, India, Nepal, Sri Lanka, Bangladesh and Myanmar.