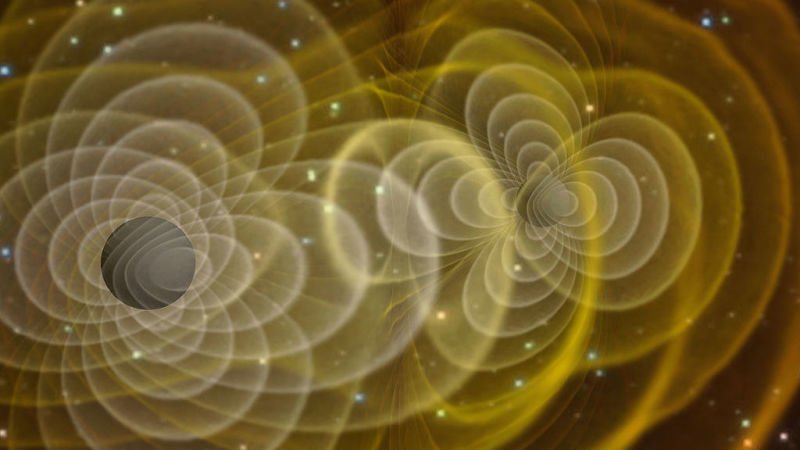 The gravitational waves, which have kept scientists and astronomers baffled since years, now once again has sparked debate. The mysterious sound, sourced from the earlier detected gravitational waves has raised indistinct concerns over the accuracy of the previous finding.

In February last year, a team of astronomers from the Laser Interferometer Gravitational-Wave Observatory (LIGO) made a landmark revelation according to which they had succeeded in finding the mysterious gravitational waves – the slight waves discovered in the structure of space-time which is believed to be stirred up by the crash between two black holes. The team, later also conducted a press conference in Washington and announced their landmark findings and also published their research data online.

Now following those published data and sifting through it, a team of independent physicists led by Andrew Jackson, a physicist at the Niels Bohr Institute in Copenhagen, has claimed that they have detected a mystifying sound, coming from the gravitations waves what they have depicted as weird correlations that shouldn’t subsist there. The team in their latest findings also has claimed that the bothersome signal could be momentous enough to spark debates on the entire discovery and raise questions over its accurateness.

As explained by Andrew Jackson, the lead of the team, the potential consequences of the mysterious correlations can range from a small amendment of the extracted wave structure to the complete rejection of LIGO’s claim about the discovery of the gravitational waves. As mentioned by Jackson in an email to Quanta, the mysterious sound, created by the celestial correlations are completely strange and weird and could hold some significant clues to the universe.

Commenting on this sparking debate, the representatives of LIGO say that there might be some impenetrable correlations in the discovery, that won’t impinge on the conclusions, made by the LIGO team earlier. The new research paper, published today in the influential science journal ‘Nature’ moves a story forward that desisted when astronomers declared the finding of the third confirmed gravitational wave in June.

According to Imre Bartos, an associate research scientist at Columbia University, “The paper has marked a new landmark in modern physics, and pushed us further for exploring more about the galactic centers through the black hole mergers.”