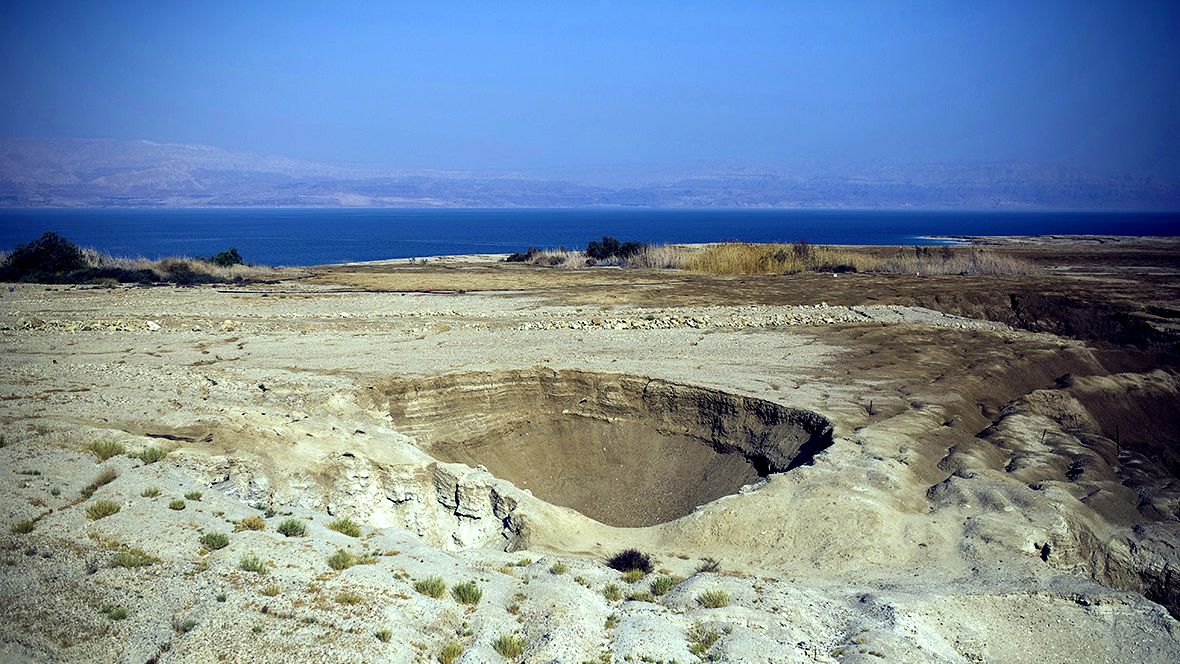 Israel: The Dead Sea is receding as its waters disappear by more than a meter a year, hundreds of sinkholes some the area of a basketball court, some as deep as two storeys are gobbling up land where the shoreline once stood.

As per Dov Litvinoff, mayor of the Tamar region, under whom parts of the of the Dead Sea lie, they need help in handling this problem as it cannot be handled by the local community alone. The main cause of the shrinking sea is its natural water resources that originate from Syria and Lebanon have been utilized for drinking water and farming. The remaining 30% of the deterioration is attributed to mining operations.

Once uncommon, hundreds of new sinkholes are coming up every year on the Israeli side of the Dead Sea, with the frequency expected to rise. Incidentally, sinkholes are not coming up in Jordan, which has a steeper coast.

Officials do not have a figure for the amount of damage caused. However, power lines have been toppled, and caravans and bungalows devoured. Even hikers are falling into its pits.

According to the mayor, relocating infrastructure is not a permanent solution. The sinkholes will be stemmed when the waters of the Dead Sea are put back. The latter needs an international move as the Dead Sea also borders the West Bank and Jordan.

It will take years to roll back the ecological damage to the Dead Sea. The World Bank is advocating a project to desalinate the waters of the Red Sea and pump the brine into the Dead Sea. However, it’s not known for sure whether the project will be launched.

The Dead Sea is popular among tourists who take delight to float in its waters that high salt content. However, some beaches have been forced to be shut, and officials are concerned that tourism could be badly affected. The Dead Sea also supports a big mining industry that extracts minerals such as potash and bromine for export purposes.

The Geological Survey of Israel gives information about the forming sinking holes. However, nothing much can be done with the data rather than to fill each hole to fix the damage.