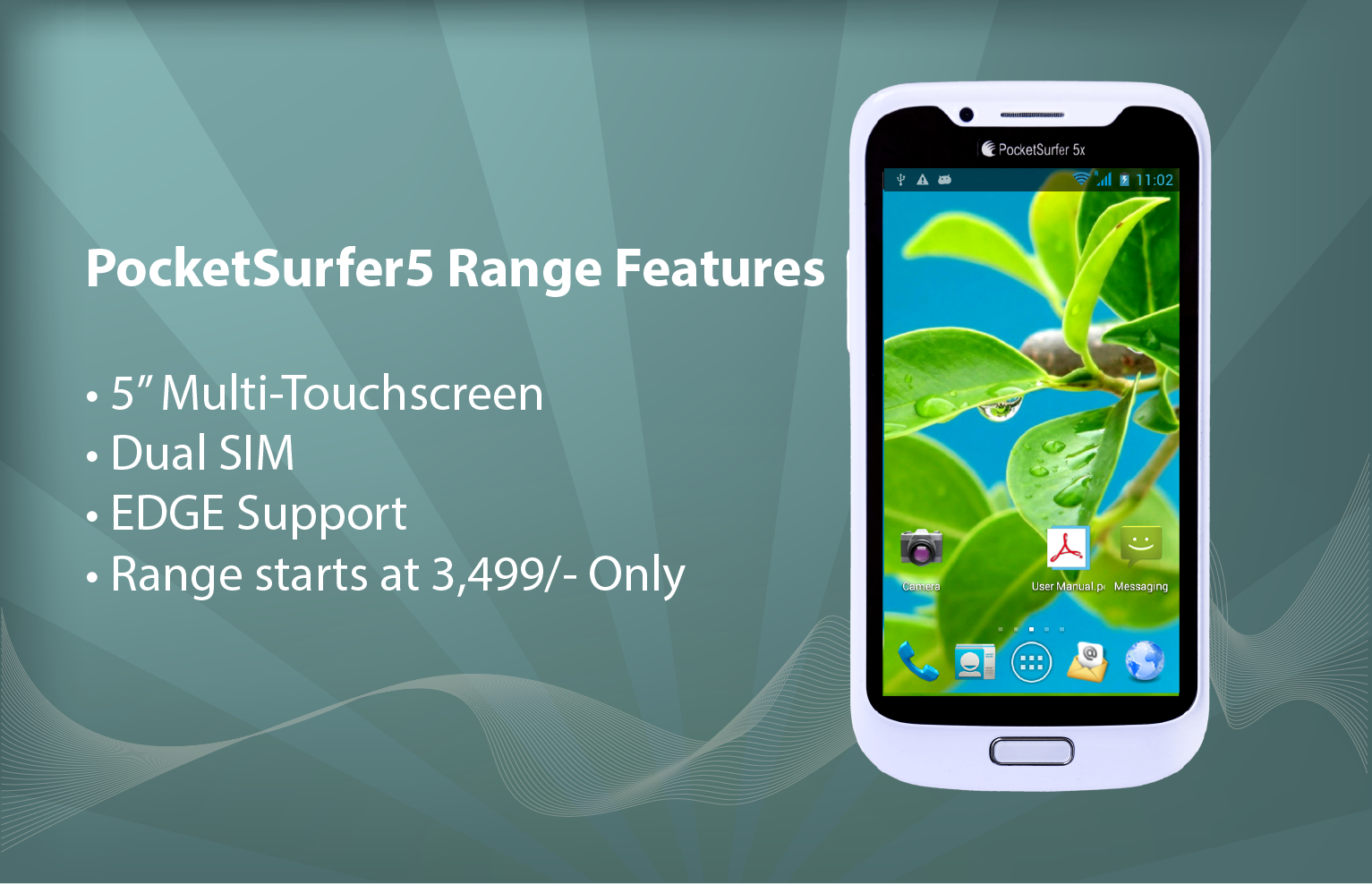 A year back the announcement of the launch of the low-cost Aakash tablet, had sparked a light of hope among consumers for whom owning a tablet was a far-fetched dream. The company that had made affordable Aakash tablet, Datawind has entered the smartphone market with the launch of its three smartphones model under the flagship name of PocketSurfer5. These will be a low cost smartphones with 5-inch touchscreen.  Two out of the three phones will cost lesser than Rupees 5,000.

The PocketSurfer5 smartphone will be a dual-SIM device with Linux and Android operating system. The device will also include front VGA camera and micro SD card slot along with USN ports. The exceptional pocket-friendly budget orientated price offered by the company has been achieved by attaining self-reliance in manufacture of key parts such as the touchscreens.

The phone is initially scheduled to be sold online, and there are plans from the side of Datawind to tie up with cellular operators while retailing the smartphone. The smartphone PocketSurfer5X with dual-SIM will cost buyers Rupees 3,499. The second version of the smartphone PocketSurfer5 will be priced at Rupees 4, 999. This model will use the recent Android Jelly bean as its OS along with connectivity options such as Wi-Fi and EDGE. It will further allow user to connect net using Wi-Fi.

PocketSurfer5 which will come with a 5 inch display will also support Capacitive touch screen allowing users to enjoy a wider display screen. The third model will be called pocketSurfer3G5.  It will cost around Rs. 6, 499 and as the price suggest it will obviously come with better specification and features. One such feature includes the ability of this phone to offer users 3G connectivity.

With the rapid growth of the smartphone market in India this phone will definitely have an edge over other brands as it comes with an affordable price. According to the latest reports the smartphone market has grown three-fold in the last quarter. Also as its retail strategy Datawind has planned expenditure of another 1lakh per month for the smartphone in India.