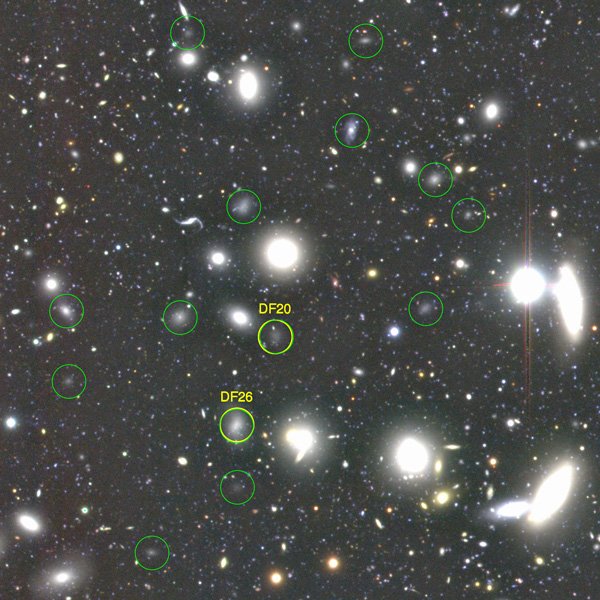 A new discovery by a group of researchers from the Stony Brook University (the State University of New York) and the National Astronomical Observatory of Japan suggest existence of 854 “ultra dark galaxies” in the region referred to as Coma Cluster.

The discovery was made by analyzing archival data from the Subaru Telescope.

It is a 8.2 metre flagship telescope of the National Astronomical Observatory of Japan, located at the Mauna Kea Observatory on Hawaii, named after the open star cluster known in English as the Pleiades.

The discovery assumes much importance as galaxies such as these may shed light on the evolution of the bright galaxies we see today.

The telescopic discovery reveals the galaxy is dark which may be so due to lost ability of gases required to create new stars during their formation process billions of years ago.

It is found that the galaxy consists of both, visible matter and dark matter.

The component of visible matter, such as stars, is calculated to contribute only one percent or less to the total mass of each galaxy. The rest – dark matter – accounts over 99 per cent.

Not only these galaxies appear very diffuse but they are very likely enveloped by something very massive”, said Jin Koda, principal investigator of the study

Something invisible must be protecting the fragile star systems of these galaxies, something with a high mass, he further suggested.

The complete information pertaining to this topic obtained with the Subaru Telescope is maintained by the National Astronomical Observatory of Japan from the time since its very first light observations 16 years ago in 1999.

The results were detailed in the Astrophysical Journal Letters.