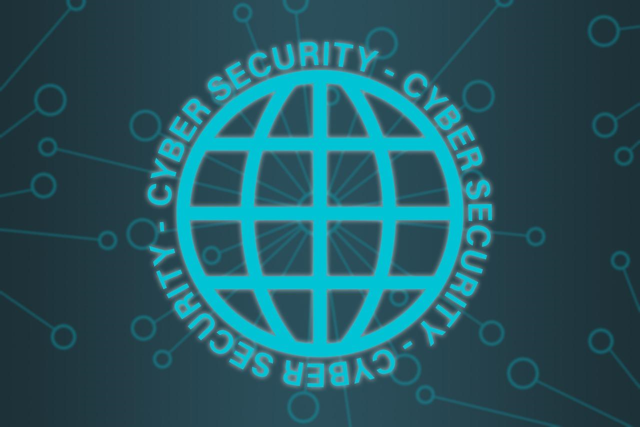 Maintaining a risk management system or protocols shouldn’t be a foreign concept in 2020. Modern business worldwide will spend some $131 billion this year, mitigating online risks. Interestingly, some $50 billion will go towards safeguarding endpoints, according to a Gartner report. The company’s latest risk management forecast provides an industry snapshot of the constant vigilance asked of responsible business in our tech era.

More than mere prudence, tight online security that detects and blocks data theft, malware infection or even remote coin mining has immediate and direct cost implications. Cloud security platforms are set to take a huge leap too, almost tripling their prominence as an emerging protocol. As data storage and management heads to the cloud, so too are antivirus and other protective measures becoming defined by remote processing.

For any business, and perhaps particularly SMEs who often lag in getting cybersecurity issues sorted, conducting and acting upon cyber risk assessments is a critical component of overall business risk management. Assessment is best directed by a knowledgeable third party, like an IT support consultancy similar to Mustard IT, to ensure the business is safe from both outside – and relatively unknown inside – threats to security.

Online criminality continues to grow, and the days of being able to remain obscure among the millions of entities floating in the ether are coming to a rapid close. Three years ago, half of US businesses had been hacked or threatened with ransomware, and that number will keep growing. Criminal fraternity players are thorough and constant. Sooner rather than later, they’ll find a weak online presence.

To that end, Artificial Intelligence (AI) and Machine Learning (ML) are becoming increasingly essential to cybersecurity, and as criminals are running their own AI in pursuit of targets, automated intelligence has become a critical component of malware and threat detection, too.

Marriott a marionette – another data breach, and a good case study

As with any logical, outcomes-based business process, cyber risk assessment is essential for the modern enterprise. While SMEs typically work to secure endpoints without a detailed assessment being done as a first step, that process allows for gaps in cybersecurity through which crooks happily sail en route to another successful data heist.

A recent major data breach proved embarrassing for Marriott Hotels, but worse was yet to come. A second major breach followed in 2020 when millions of global clients of the third-largest hotel chain in the world had their intimate personal data hacked from the group’s database.

Highly embarrassing and a study in how not to underestimate cyber risks, the front-line compromise was responsible – in other words, employees’ credentials were used to access the database. To add salt to the wound, experts note that figuring out the credentials were being illicitly employed shouldn’t have taken as long as it did (the hack only became apparent in the months that followed) and secondly, such an attempt should have been flagged and thwarted immediately, regardless of whether employees were complicit in the breach or not.

Rather than a failure of new, AI-enhanced apps, however, it appears the hotel chain, incredulously, failed to ensure the first breach would never be repeated. Typical of the kind of weak response IT support companies see every week, the second breach in two years has been hugely embarrassing for such a major corporate entity, especially one dealing with hospitality, and privy to guests’ personal intel.

Were a correct risk assessment done after the initial breach, it would have identified endpoint devices (and staff access) as highly volatile areas of concern. While access needs to be granted for the smooth running of daily business, no reputable platform should have allowed any staff to be making the kind of drawn-down requests from the database that saw over 5 million people’s details hacked. That is the kind of intelligence AI and ML are bringing to cybersecurity, where identity, locale, device, and the nature of work are all toggled to create a correct picture of what is happening in any given moment. Clearly, Marriott thought it could live without it.

While some businesses store more sensitive data than others, it’s fair to say that the costs of healthy cybersecurity are insignificant in comparison to being breached, regardless of the nature and size of the business involved. Similarly, while hospitality and some other businesses have far greater client liaison and obligation in many ways, a data breach is embarrassing and potentially damning for any company.

It remains to be seen whether the hotel group suffers a loss of custom and income after the second breach, but those results might be drawn out and hard to see, at least initially. Having made the right noises after the first breach, Marriott Hotels have suffered a dent in credibility by not walking the talk. It’s hard to quantify damage to reputation until some time has passed and quarterly reports are in, but how many people will now think twice before spending there, knowing that there’s a strong chance their personal movements, expenditure and information will be available as a compromised public record? Would you book into a hotel that offers a good chance of shedding your personal privacy in the most detailed way possible?

AI and ML have incredible application in cybersecurity, and that reality – while not pushing the good guys ahead by any large margin, as the tech is applied to criminal ends just as widely – is now mainstream in risk mitigation. Rather than an entity trying its best but overcome again by an incredibly sophisticated hack, Marriott Hotels now simply present as a company that doesn’t care. When the ability to shut down such a hack is current, and an obvious necessity to IT support, how was it possible that a second breach occurred so easily, and remained undetected for so long?

The moral of the story is: risk assessments are critical, regular components of any business’ operational life. Crucially, they allow for an estimation of risk per endpoint or user, and can thus inform the implementation of the correct apps and protocols that can thwart even internal attacks. This aspect of cybersecurity is mainstream in 2020, thanks to AI and ML capabilities, which increasingly add to a security system’s integrity and overall fitness.

Assess, implement and monitor – the IT support industry’s protocol around cybersecurity hasn’t changed. What has changed, however, is the innate intelligence behind malware or spurious access detection. As quantum computing looms within the cloud and businesses great and small, continue the wholesale digitisation of working lives the world over, assessing risk and making the most of AI’s influence in the arena should be standard fare for any company.