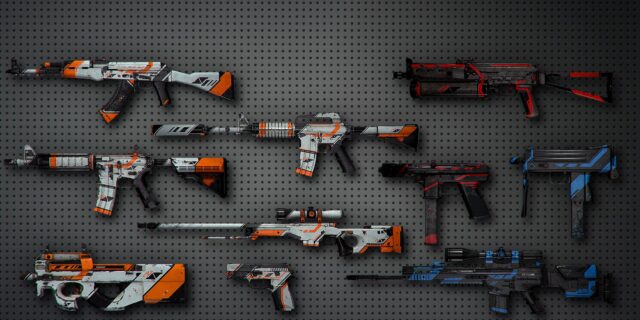 With binge-watching Netflix shows as the distant runner-up, online gaming has become one of the leading entertainment hubs today.

Loot boxes and Skin Gambling in these online games have become the most debated topics. Let’s shed some light on what are these new gambling genres and how are they evolving in the modern-day scenario.

What are Loot Boxes?

CS:GO cases can be understood as the items embedded within games, containing randomised rewards (that are uncertain at the point of purchase). The items within these boxes can be random, such as skins, that can be utilised to change the appearance of the in-game character, weapon, car or other functional equipment.

The developers of any game or loot boxes don’t disclose the odds of winning specific items when purchasing a loot box, which means the gamer is unaware of how likely they’re to win an item of value from that box. These loot boxes can be bought from the accumulated in-game currency or by using real-world money to expedite the process.

The global loot boxes market is estimated to be worth 20 billion Euros, with the UK market alone being valued at 700 million Euros.

A survey conducted by Parent Zone in 2019 reported that 9 in 10 (i.e. 91%) of young people said that there existed loot boxes in two in five of the games that they had to pay to unlock. Further, the gaming commission found that almost twice as many as boys have heard of in-game items such as loot boxes than girls.

There are numerous games that are based on modern combat and racing genres. To discover the best CS:GO gambling sites offering skin gambling and case opening, head over to CSGOBook.com where they compare and review the top sites on the internet. Similar loot boxes feature exists in all popular games such as Call of Duty or PUBG. These games host numerous ways of enticing the players with loot boxes, which may turn into potential addiction and then gambling.

What is Skin Betting?

Skins are downloadable graphics or audio-based items (in some games) that can change the appearance of a character within a game. While other functional items received through loot boxes can affect the game of a player, skins are purely cosmetic in nature and are used just for improving appearances.

A study published in 2018 reported that approximately 30% of 13 to 18-year-olds in the UK were well aware of what skins are and have heard about skin betting. Further, 10% of people (counting to nearly 450,000 young people) had taken part in skin gambling in some form.

The link between Case Opening and Skin Betting

In online games, the skins used by the gamers to take part in skin betting or gambling are often the items obtained after purchasing a loot box.

The combined worth of the loot box and csgo skin gambling is anticipated to reach $50 billion by 2022.

Numerous third-party websites have been set up for users to exchange the skins they own in return of cash. All this establishes clear financial inputs and outputs to gambling activity on games, by proffering gamers ability to:

The number of players who are crazy for CSGO cases is increasing rapidly. Talking about teenagers, they’re engaging in online gambling daily. And they are the ones who are all mad for loot boxes.

Mostly, these boxes contain a wide selection of items, with a slight chance of getting something incredibly rare (usually expensive) item. Most players are therefore enticed to open as many loot boxes as they can with the game points or real money. But the real problem is that most of the time, players get far lesser valued items than what they pay for.

Loot boxes are strategically placed on gambling opportunities in games. Although most people find it worst for the minors, if done in a controlled environment, it can be considered as part of the game. The regulators of the gaming industry are working to improve it.

Although numerous computer scientists have exclaimed that there exists no correlation between loot boxes and underage gambling problems, some countries have begun sharpening their claws on loot boxes.

Belgium is one step ahead of everyone by banning loot boxes already. The Netherlands has also done the same.

The skin gambling and loot boxes make a game more interesting and visually appealing but there must be some steps taken to stop teenagers from becoming addicted to this form of gambling.