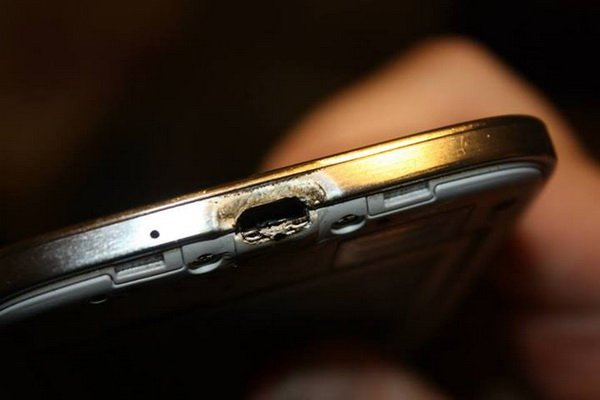 In yet another incident of smartphone-related deaths, Cradle CEO Nazrin Hassan becomes the latest victim of an exploding smartphone. Sources close to Hassan have claimed that one of his smartphones exploded while charging, and he was killed by a flying shrapnel that hit his head and took his life.

Hasan’s brother in law in a report stated that Hassan was charging his two phones simultaneously, which he used as daily drivers. One of them was a BlackBerry while the other one was a Huawei-branded handset. Both devices were charging his bedroom when one of them exploded and claimed his life. Though, it remains unclear as to which one of the two handsets caused the explosion and took Hasan’s life.

“He had two phones, one Blackberry and a Huawei. We don’t know which one exploded. Who would have thought such an innocuous routine procedure is the reason three young kids will grow up without their father by their side,” Hassan’s brother-in-law told The Malaysian Insight.

Police investigations have confirmed that Hassan’s death was caused due to injuries following the exploding handset that set the room on fire. However, the police does not go by Hasan’s brother in law’s statement that a flying shrapnel from the exploding smartphone caused his immediate death. Instead, the police investigation suggests there’s a bigger chance that the death was caused by the smoke in the room following the explosion. Reports indicate that the blast set the mattress on fire, and caused several brns to the victim.

As already mentioned, its still remains a mystery as to which one of the two phones caused the explosion that led to Hassan’s death. BlackBerry and Huawei are yet to give an official comment on the incident, though it appears both manufacturers by now would be probing into the matter.

Nazrin Hassan was the CEO of Malaysian Ministry of Finance-backed Cradle Fund Sdn Bhd. His company offered funding to not only tech start-ups in the country, but also aided companies like Grab and iMoney that are well-known brands in Malaysia.

Exploding smartphones have become a menace for the industry as well as for consumers, as in some cases they have led to severe injuries or even death. Back in March 2018, a Nokia phone killed an 18-year girl in India. The victim was charging the phone and talking on it simultaneously, when its battery exploded suddenly. The explosion caused severe injuries to the victim and she fell conscious. And despite being rushed to the hospital, the girl succumbed to her injuries.

Hence, we urge our readers to use only authorised accessories to charge their handsets and get their batteries replaced periodically. Also, experts advise not to use or take calls on a smartphone while it’s charging. Users are also advised not to leave their smartphone plugged-in for charging overnight. Besides, users should totally avoid charging their smartphones while graphically intensive games.