Coolpad is yet another Chinese manufacturer trying to capitalize on the burgeoning demand for budget smartphones in India. The company made its debut last year with the launch of Coolpad Note 3 and has since added four more devices in the price sensitive Indian market. Now they’ve announced another entry level smartphone with the launch of Coolpad Mega 2.5D priced at Rs. 6,999. But with the likes of Xiaomi churning out some rather well-put devices at unbelievable price points, can the Coolpad Mega 2.5D make an impact too? Let’s find out.

Despite the budget price tag, the Coolpad Mega 2.5D gives that premium look and feel with its metallic edges and curved glass on the front. It feels lightweight and easy to carry around, but still a bit chunky for handed usage. The volume rockers and the power key are seamlessly integrated on the phone’s edges and can be accessed easily. Besides, the 2.5D curved glass on the front also lends the phone a rather neat look and protects it from scratches. Overall, the phone’s exterior does look slick and ergonomically designed. That said, it’s still a plastic body with metallic edges. However, it’s far from what you’d call cheap and has that elegant feel to it. It’s best probably one of the best-looking smartphones I’ve come across in the price range.

The phone rocks a 5.5-inch HD display with 2.5 D curved glass on the front. It gets the job done though the 5.5-inch screen makes it lose on pixel density. Texts and pictures aren’t as prominent as they should be, regardless, it solves the purpose. Viewing angles and color reproduction is pretty decent, while even legibility under direct sunlight was good. Though the glossy glass on the front makes the display a tad reflective, especially under direct sunlight.

The phone comes with a 64-bit MediaTek quad-core processor bundled with Mali T720GPU and 3GB of RAM. Again, it gets the job done isn’t exactly a jitter free experience. It does lag while doing intense multitasking or playing demanding games like Mortal Kombat X. It seems the UI is victim to some heavy Android skinning, and you do come across constant stutters and lags while navigating around the phone’s UI or while playing games.

Even the phone’s synthetic benchmark scores weren’t that great, especially when compared to the Redmi 3S which comes at a similar price point. It managed an Antutu score of 24550, while in Geekbench 4, it got single and multicore scores of 456 and 1328 respectively.

Overall, I would say the phone’s performance is below average when it comes general usage, which is rather surprising given the phone comes with a quad-core CPU and 3GB of RAM. It has a tendency to stutter while switching apps or playing games. To add to the misery, even tactile feedback from the volume rocker and power keys fell short on expectations.

While call quality of the phone is pretty good, the external speaker onboard isn’t that great. As volume levels aren’t loud enough, and you can’t really hear the phone ringing in crowded or noisy places. 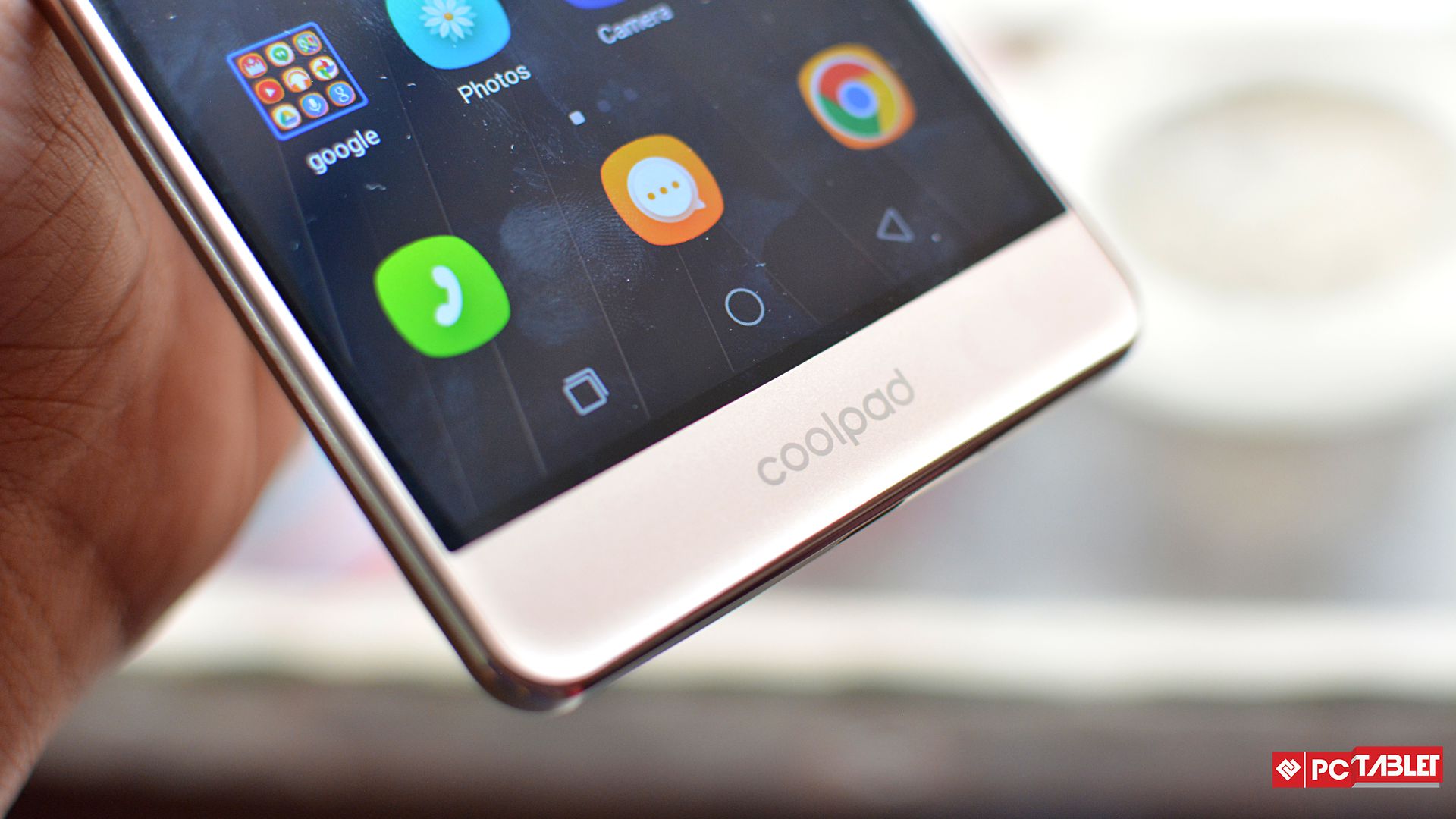 Besides, the phone gets a hybrid SIM slot where you can either use two nano SIM cards or one nano-SIM along with a microSD card. You get 16GB of built-in storage expandable up to just 32GB via microSD slot. Not really beefy when it comes to storage capacity, but it does get USB OTG functionality where you can add more storage by plugging in a flash drive. Other connectivity features on the smartphone include Wi-Fi, Bluetooth, OSB OTG, FM radio, and GPS.

The Coolpad Mega 2.5D comes with a 2500 mAh battery which should last you an entire day of moderate usage. I got about 4 hours of on screen time which is pretty decent. While heavy users can get about 6 hours of usage with the device, which isn’t great, but pretty satisfactory given the phone’s price point. 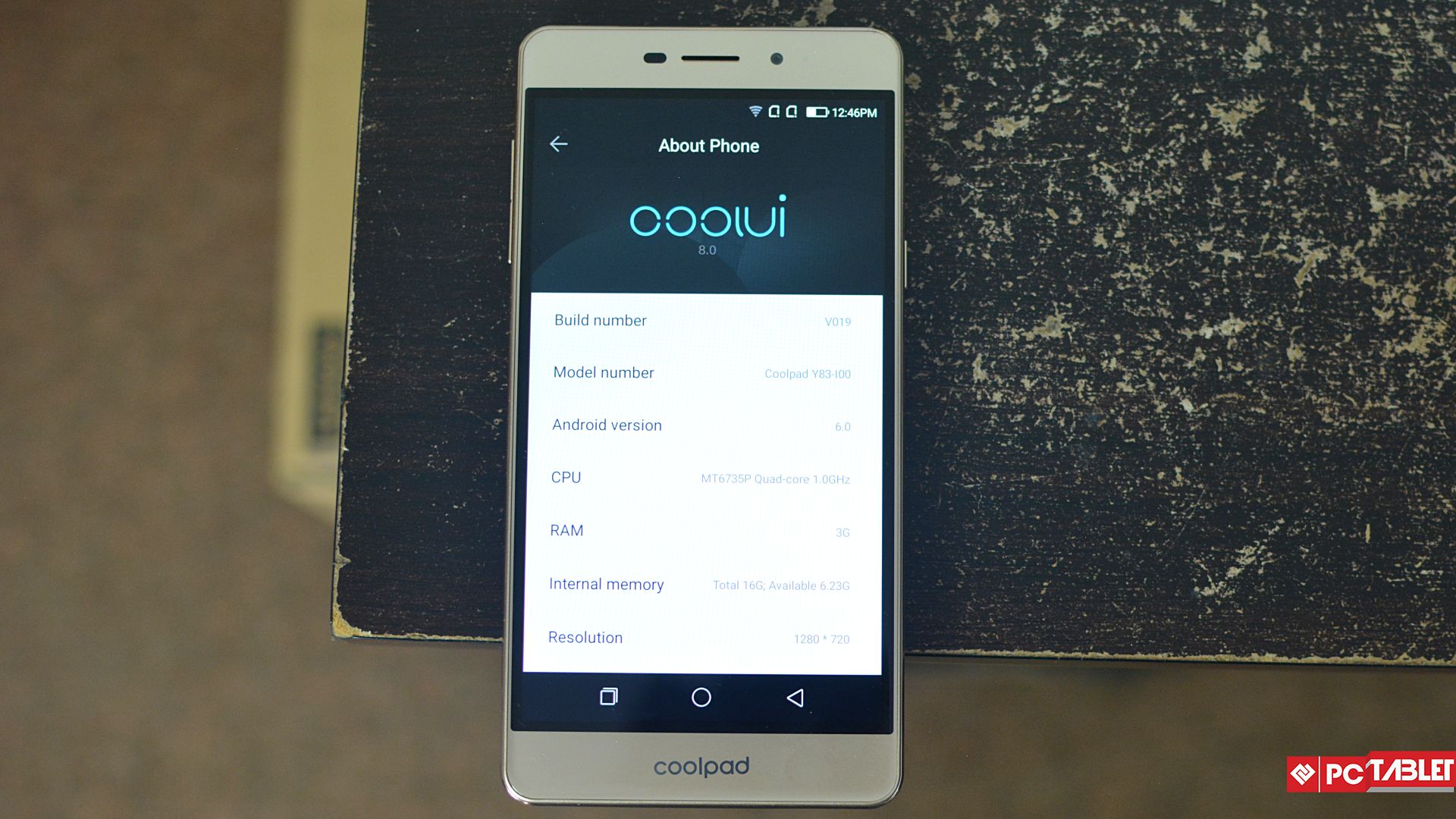 The phone runs Android Marshmallow with the company’s Cool UI Android skin atop. And as is usually the case with Chinese smartphones, even this one is a victim of some heavy Android skinning. Even the performance is just about mediocre, as you can come across constant lags and stutters which severely affects the overall experience. There are certainly some software glitches which the company needs to address. Besides, core Android Marshmallow features such Google Now on Tap also doesn’t work, which is again quite a bummer.

That said, there are some interesting bits such a wide range of color schemes, gestures, customized UI options. Besides, you can also record screen and take a scrolling screenshot which comes in really handy.

The Coolpad 2.5D gets  8MP front and rear cameras which were surprisingly good, considering the phone’s Rs. 6,999 price tag. The 8MP rear camera’s ability to capture details in well-lit conditions is pretty satisfactory. Though saturation and contrast levels could have been better. Low-light shooting isn’t that great either as they look grainy and lack in details. But then again, you have to consider it costs just 7K.

The 8MP selfie shooter on the front also belts out Facebook and Instagram-worthy selfies, as long as you go easy on the beauty mode. As cranking it high up often results in weird looking self-portraits. Hence, proceed with caution.

All in all, I was pretty impressed with the phone’s camera. It’s not as good compared to the likes of Oppo F1s, but certainly, one of the best camera phones you can find in this price range.

Priced at Rs. 6,999, the Coolpad Mega 2.5D has all makings of a budget killer, but the phone’s overall appeal gets marred by its performance. For instance, the power button and volume rockers do not respond on occasions. Even the touch response isn’t what we’re used to and feels a bit slow. You notice there’s something wrong with the phone’s touch sensitivity the moment you start using the device. There are certainly some software glitches that need to be addressed. Besides, there’s some heavy Android skinning that feels unnecessarily cluttered and doesn’t run core Android features.