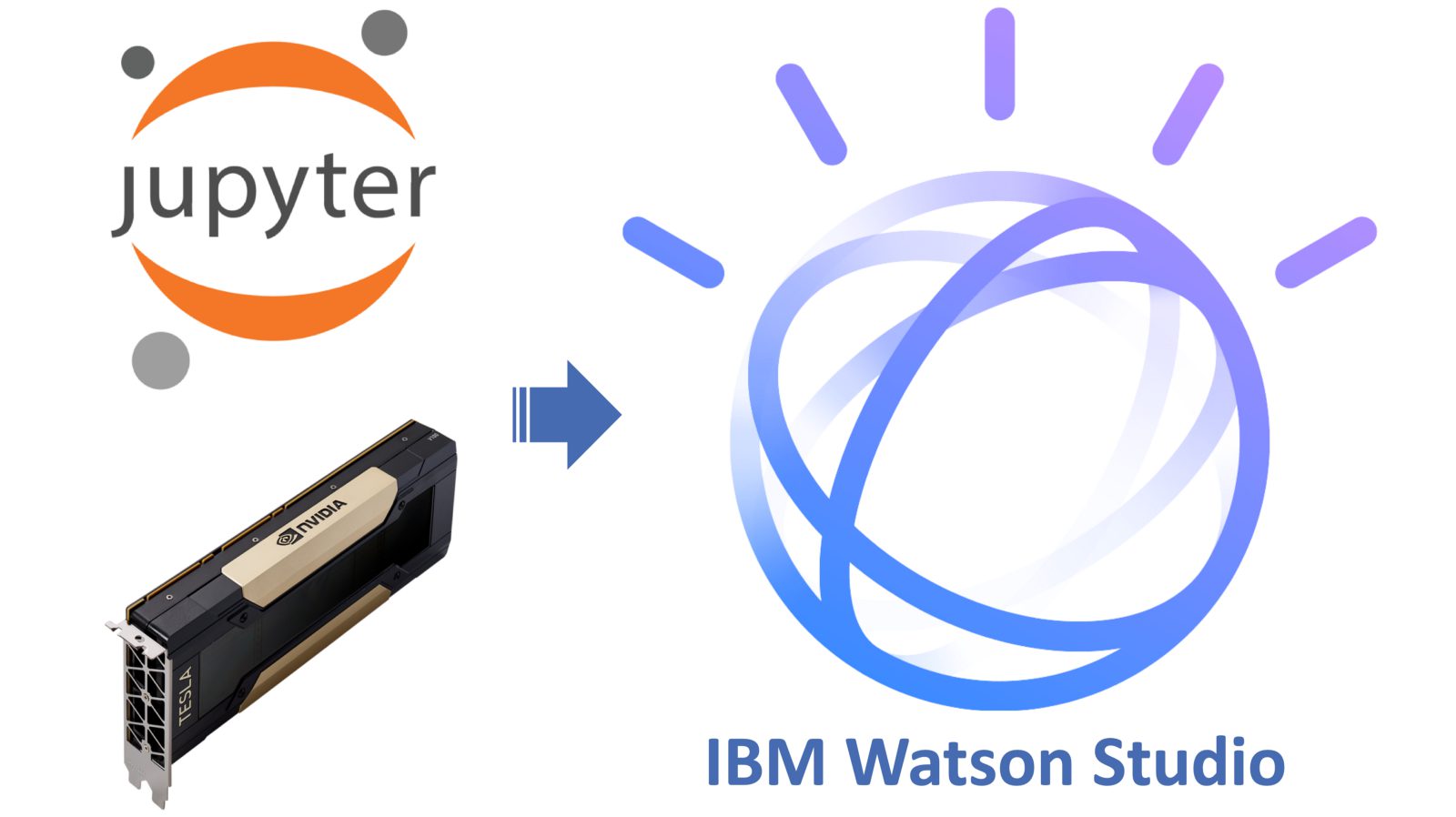 The Jupyter Notebook is part of Project Jupyter. It is an open-source web app that allows the creation and sharing of documents. It is primarily used for live code, equations, and visualizations. It can be used in a variety of ways, like statistical analysis, data modeling, data cleaning, numerical simulations, machine learning, and more. Jupyter Notebooks support over 40 programming languages and allow easy sharing over Github, Dropbox, and the like.

The Natural Language Classifier uses machine learning to identify and classify text. The text can be analyzed, labeled and organized into customized categories that the user can specify and define. The main aim is to provide natural language processing (NPC), and the heart of NPC is text classification. The Watson Natural Language Classifier allows scalable text classification, where you can automate workflows, extract actionable insights and improve processes over time. It has higher accuracy levels due to its machine learning capabilities and can support multiple languages.

In this scenario, the Jupyter Notebook can be used in the IBM Watson Studio, in order to build a model that can be used to identify the programming language used in a code. This is done on the basis of text classification and analysis of the given code. This model can then be evaluated using the Watson Natural Language Classifier.

This can be used in a variety of ways to identify even snippets of code. Data scientists can use this to look at Github contents for an easy way to identify the languages used. This allows easy extraction of structured and unstructured data, which then be analyzed for pattern identification, and to

gain insights. It can also be used to identify the choice of languages preferred by developers for different types of applications.

With the IBM Watson Natural Language Classifier, data scientists can build a model that checks documents for text in order to classify them and allows them to evaluate the data and results. The classification is based on custom categories that the user can define specifications and parameters for. With a Jupyter Notebook running on IBM Watson Studio, the data can be cleaned, structured, extracted, and manipulated. The Watson Developer Cloud SDK for Python provides APIs that can be used to create models in IBM Watson Natural Language Classifier.

You must first have the IBM Studio installed. Then, create an IBM Watson Studio Workspace. Next, you will have to create the Jupyter notebook and the Watson Natural Language Classifier Instance. For this code pattern, you will first need to build a labeled data set. Then, you will use the IBM Watson Natural Language Classifier to build a predictive model. Then, build a predictive model within the Jupyter Notebook. The final step would be to configure and use the APIs from the Watson Developer Cloud SDK.

In this Code Pattern, we will use Jupyter Notebooks in IBM Watson Studio to build a model that predicts a code’s programming language based on its text. The model will then be evaluated using IBM’s Watson Natural Language classifier.

When the reader has completed this Code Pattern, they will understand how to:

Python: Python is a programming language that lets you work more quickly and integrate your systems more effectively.

Storage service will be created in your IBM Cloud account. Take note of your service names as you will need to select them in the following steps.

Note: When creating your Object Storage service, select the Free storage type in order to avoid having to pay an upgrade fee.

In Watson Studio create a new project which will contain the notebook and connections to the IBM Cloud services. Choose the Data Science project tile.

Once your Natural Language Classifier (NLC) service is created, copy the credentials and save them for later, when you will use them in your Jupyter notebook.

In the Assets tab of the new project, select Notebooks -> + New notebook OR select +

Add to the project -> Notebook.

Select the From URL tab.

Enter a name for the notebook.

Optionally, enter a description for the notebook.

Under Notebook URL provide the following

Place your cursor in the first code block in the notebook.

Click on the Run icon to run the code in the cell.

Move your cursor to each code cell and run the code in it. Read the comments for each cell to understand what the code is doing.

Important when the code in a cell is still running, the label to the left changes to In [*]:.

Do not continue to the next cell until the code is finished running, and the [*] has changed to a number.

When you get to the cell that says ## 3.0 Create Classifier with Watson NLC and Evaluate Classification Accuracy, insert the username and password that you saved from your Watson Natural Language Classifier instance into the code before running it.

When you get to the cell that says 3.2 Add Classifier ID, Add the classifier_id that is in the output after running 3.1 Create Classifier.

Continue running each cell until you finish the entire notebook.

The data used was generated using tools/getdata.ipynb. To use your own or another github repository for analysis, use this notebook and export the data via HTTP. Point to it in notebooks/buildmodels.ipynb section 1.0 using wget.download().

To see the notebook with sample output, load examples/exampleNotebook.ipynb.