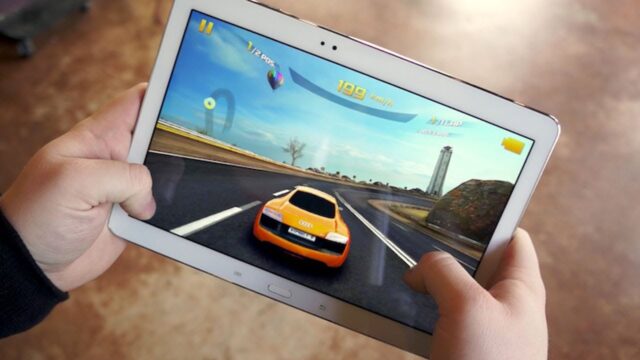 Practically every day, we have more information thrown at us about the importance of gaming in the tech economy. It is a pastime that is popular with all ages, and an industry that generates billions of dollars every year.

It begs the question, therefore, as to why so many of us are still a little shy about being gamers. Visit a tech store to look for a new tablet, and the assistant is certain to ask what you will be using it for. This often leads to a close examination of the floor, followed by a muttered reply to do with checking email. Why not just come out and say it? I’m looking for a new tablet and I will mostly be playing games on it! There, doesn’t that feel better? Now that everyone is clear about the kind of software your tablet will be running, you can start to make some logical choices.

Until recently, Android and iOS have dominated the market, but Windows now has a growing following. If you are desperate to have access to the very newest releases from the app store, iOS is probably the best choice, as they still tend to get the big releases before anyone else. The downside is that Apple devices are usually more expensive. Android is popular, robust and highly versatile. There is also a wider choice of lower cost devices on the Android platform. Windows would not be the first choice from a gaming perspective. As an OS, it is perfectly capable, but it really comes into its own for those looking to use their tablet for work.

Depending on the type of game you like to play, processing speed might or might not be a major consideration. If you like simple traditional games like roulette or card games on the LeoVegas app, you don’t need vast amounts of processing power to enjoy a great gaming experience. If, on the other hand, you are a fan of mobile eSports or games like Fortnite, it’s another matter. Here, look for a quad-core processor, and at least 2GB of RAM.

Unless you have an obsession with grainy-quality retro games, the resolution is going to be important for your enjoyment. It’s essentially a case of the bigger the numbers, the better the picture. Even with a cheap, entry-level tablet, you need to be looking for at least 1280×800 pixels. Go a little better with 1920×1080 pixels and you will really notice the difference, though. Some manufacturers quote pixels per inch (PPI). To give you an idea, the latest iPad Air 2 has a pixel resolution of 2048×1536, which equates to 264ppi, while the Kindle Fire HDX 8.9 has 2560×1600, or 339ppi.

It’s often overlooked, but a tablet with poor battery performance is frustrating and can really ruin your experience. Check the specs in your tablet of choice – the iPad has around 10 hours of battery life, so have that number in mind as a benchmark and you will not go far wrong.