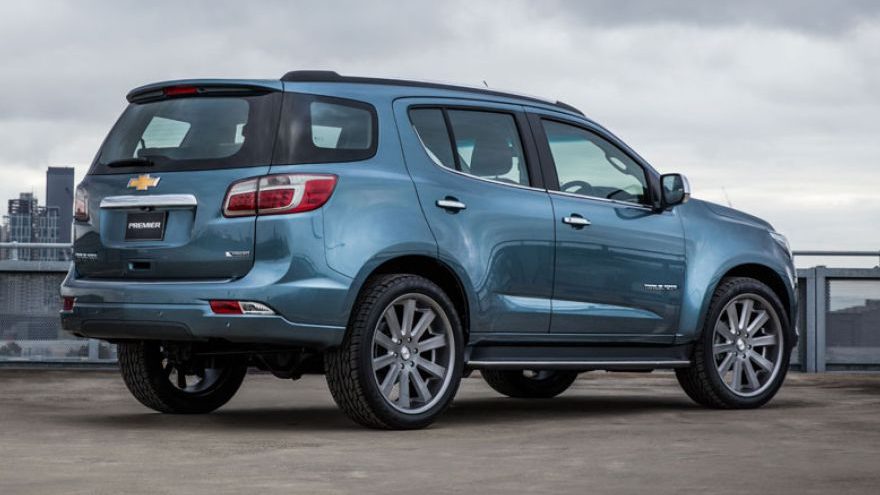 Chevrolet is seen testing the facelift version of its Trailblazer SUV on the roads of Pune. The new generation of the car is expected to bring the much needed four-wheel drive option in India. The test version seen on road is heavily camouflaged to conceal its real look. However, we can tell that the overall design of the car will be similar to the present Trailblazer sold in the country. The American car manufacturer may bring more engine options of its premium SUV next year.

The current Chevrolet Trailblazer is one of the largest SUVs in its segment. It is even larger than the big Toyota Fortuner. This car comes with only one engine variant in India. It is powered by the 2.8-litre Duramax diesel engine. The powerful engine has a power of 200 PS at 3600 rpm and can generate a torque of 500 Nm at 2000 rpm. A six-speed automatic gearbox complements the engine. In India, Chevrolet sells only the rear wheel drive variant of the Trailblazer.

The updated version of the American SUV is expected to feature the same 2.8-litre engine which will be fine-tuned to provide better fuel efficiency without compromising the performance.

Some rumours suggest that a 6.0-litre V8 engine variant may be launched in the country next year. Chevrolet already sells this variant in the global markets. We may also get to see a slightly trimmed down Trailblazer powered by a 2.5-litre diesel engine.

Coming to the exterior of the forthcoming car, we mostly expect minor cosmetic changes, while maintaining the overall appeal. The front grill of the car may get bigger with a redesigned front bumper. The facelift update will also add better air intake and renovated LED headlamps complete with LED fog lamps. The rear of the car is also expected to be redesigned with a new looking LED tail lamps.

Presently, Chevrolet sells the Trailblazer at a starting price of Rs.26.4 lakhs. The upcoming refreshed variant is also expected to sport similar pricing.