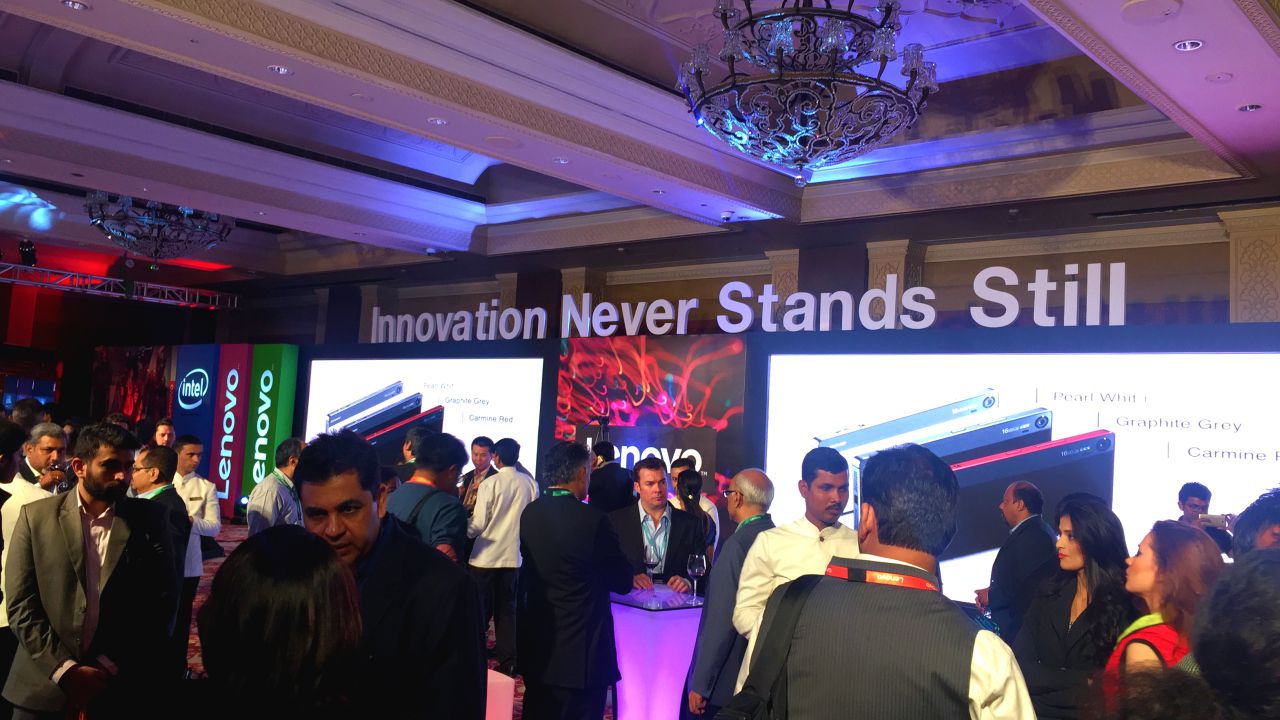 A couple of days ago, Lenovo interacted with the media and partners at an event in New Delhi. The event, called “Innovation Never Stands Still” also witnessed Lenovo’s Chairman and CEO, Yang Yuanqing as well as Executive Council and Indian Leadership Team.

At the event venue, Lenovo had its wide range of offering on display including PCs, Smartphones, Phablets and Tablets, etc.

In the Laptop segment, ThinkPad Yoga 260 convertible made an appearance, which according to Lenovo would be making debut somewhere early 2016.

Lenovo also showcased its 2-in-1 notebooks and convertibles lineup under its Yoga brand that included Yoga 500, Yoga 700, Yoga 900 and Yoga 900s.

Talking about the gaming segment, Lenovo’s Ideacentre Y900 and Ideacentre Y700 turned out to be an exciting treat for gamers and enthusiasts.

Additionally, Lenovo’s upcoming Vibe S1 as well as SmartCast — a device with a unique projector that can turn any surface into a touchscreen made appearance.

However, Lenovo will soon be introducing its smartphone charging technology that promises to offer up to 8 hours of battery usage against 15 minutes of charge.

Yuanqing revealed that his company has reached a revenue of $2.5 billion in India, which is three times more than what Lenovo had expected initially.

“I have committed to Prime Minister Narendra Modi about Lenovo’s involvement in Digital India and Make-in-India campaign,” Yuanqing added.