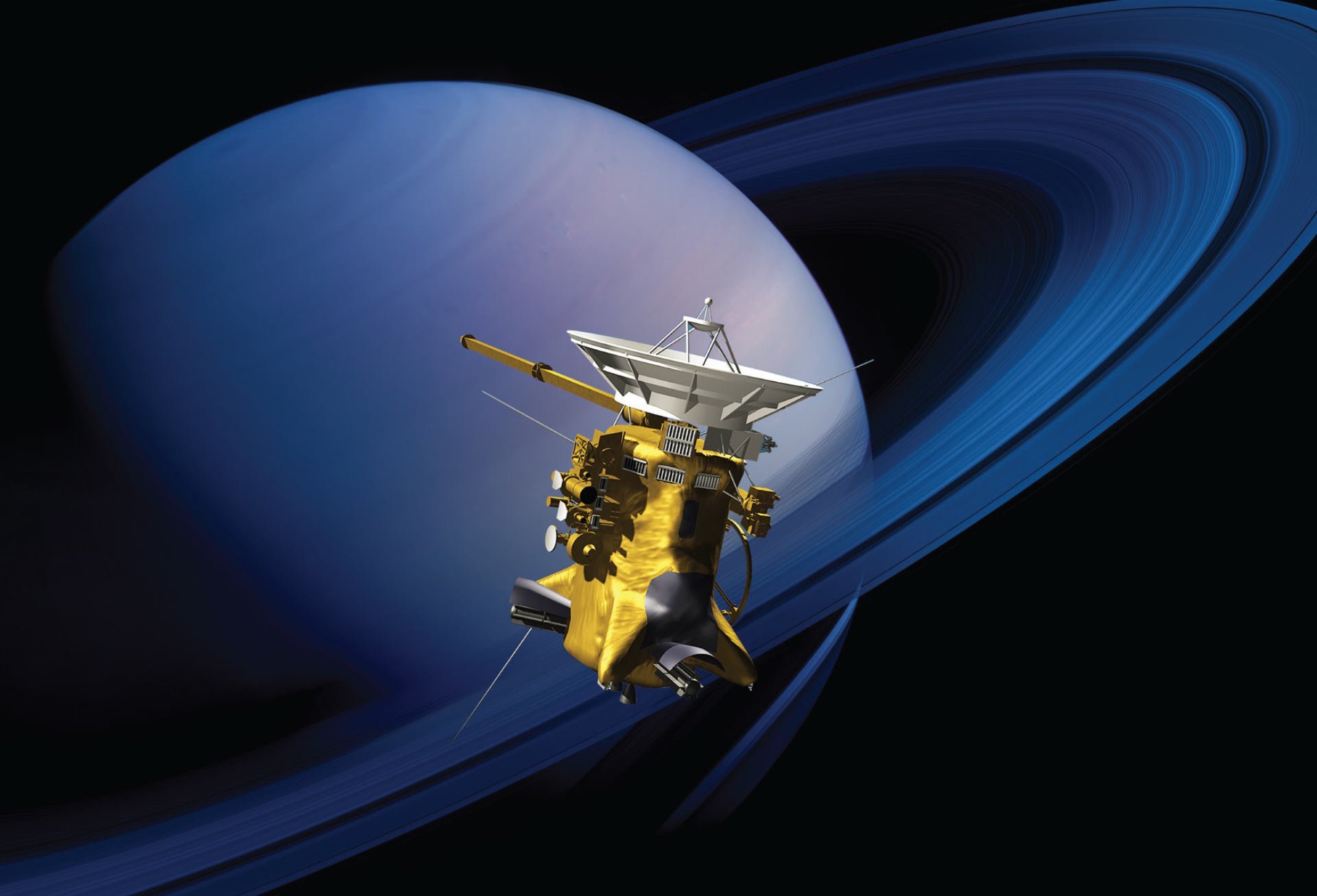 NASA’s close-to-end spacecraft – Cassini, which is currently inching closer to it grand finale, has successfully tracked down a particular type of negatively-charged particle on the misty moon of Saturn – Titan – a breakthrough has raised hope for the building blocks of life on barren orb Titan. As described by the team of researchers who led the study, some of those negatively charged particles, which scientists have termed as anions, are recognized as carbon-chain anions and are believed to be the building blocks of life on Earth.

As described by the researcher team, the negatively charged ions, discovered from Titan are thought to be the building blocks for more intricate organic particles and are likely to be the foundation for the earliest forms of life on Earth. As the researchers indicate in their recently published study, the newly discovered molecules were sniffed out by the Cassini Plasma Spectrometer (CAPS) during the period when the space probe flew through the upper atmosphere of Titan at an approximate distance of 950km-1300 km or 590m-808 m from Titan’s surface.

In the study paper, researchers also have revealed that existence of the carbon-chain anions molecules was completely unanticipated, and stand for a considerable number of challenges to current hypothesis and celestial theories about how the atmosphere of hazy orb Titan, functions and evolves. According to Ravi Desai, the lead author of the study from the University College London, “The atmosphere on Titan contains a higher amount of methane and nitrogen, and the finding of the charged particles indicates the possible presence of similar molecules on other planets with nitrogen and methane in their atmospheres.

The study, titled under “Carbon Chain Anions and the Growth of Complex Organic Molecules in Titan’s Ionosphere” is recently published in The Astrophysical Journal Letters. And, is mutually conducted by researchers from University College in London, the UCL/Birkbeck, Uppsalla University, the University of Colorado, University of Grenoble, t he Southwest Research Institute (SwRI), the Swedish Institute of Space Physics, and NASA’s Goddard Space Flight Center.