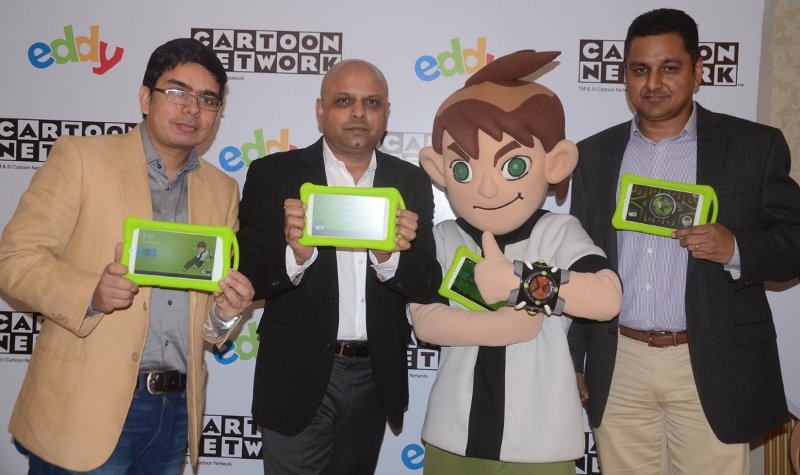 Eddy has gone into a strategic partnership with Cartoon Network Enterprises, to launch its second kids’ tablet in India. The tablet, is a Creativity tablet, pre loaded with various apps and video designed for kids is available on Amazon.in for Rs. 8,999.

Both the companies has also launched tablet called Ben10 for children as the animated character is one of the biggest franchises of Cartoon Network. The Ben10 tablet is also available on the e-tailer Amazon.in for Rs. 9, 999.

Both the tablets, targeting at children aged 3 or above, run Eddy’s proprietary Athena OS, which is based on Android 4.2.2 Jelly Bean. The tablets are powered by Intel Atom Z2520 processor.

The tablets come with a number of education and activity apps and games. “Our tablets provide excellent and fun content to bring out and nurture the superstar that lies in every child. Instead of spending thousands of rupees on toys, video games and other merchandise, parents can gift their kids one of these tablets that not only provide unlimited learning and entertainment, but are also much safer compared to any other tablet,” said Bharat Gulia, co-founder of Eddy.

The Ben 10 and Creativity tablets are being sold with limited period launch offers and discounts up to Rs. 4,000.